27 gardeners landed in Montreal, Canada to discover the wonders of Canada this week. Our flight was a piece of cake and we actually landed early. We met up with others from NW Arkansas and one from Pennsylvania and Arizona. Getting through Customs took some time and traffic in Montreal is awful. There is so much construction and so many people and cars that it took longer than normal to make it from the airport to the hotel. We had 15 minutes to check into our rooms and get back to the bus to leave for dinner. We had a delightful albeit 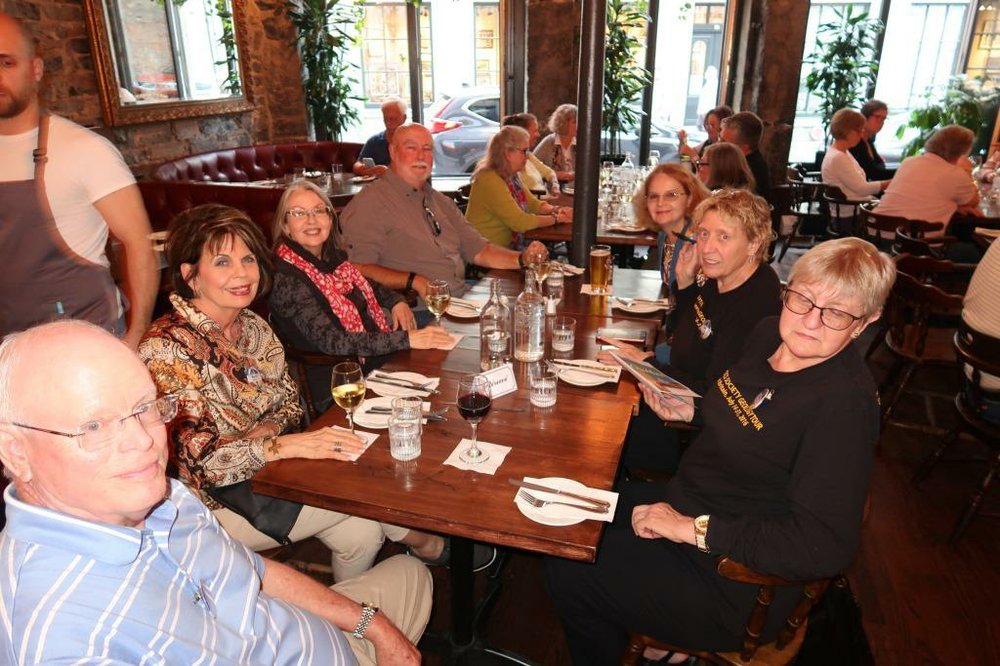 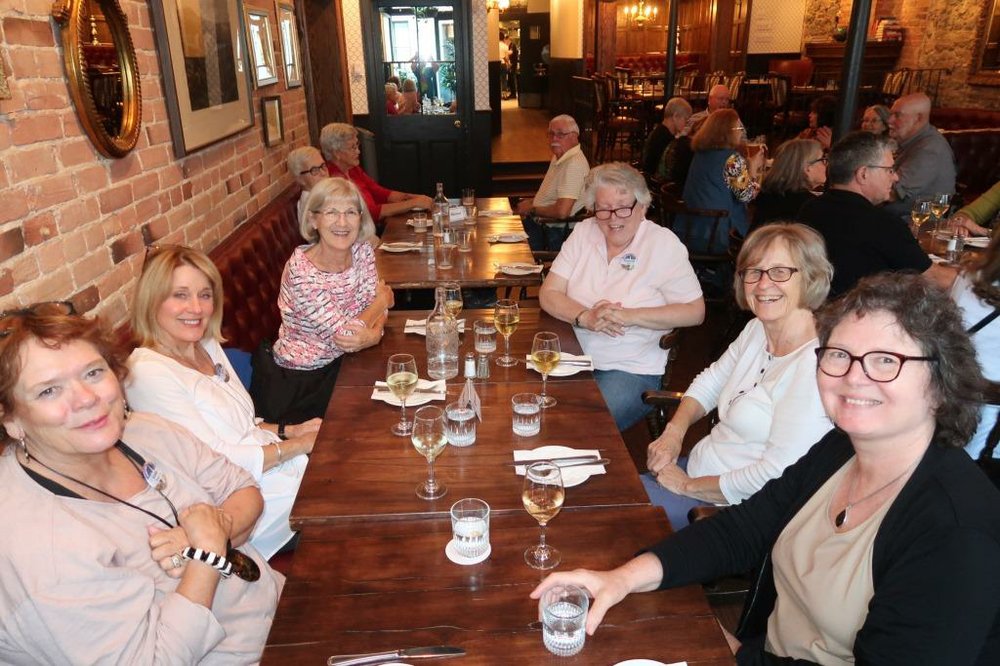 at the Wolf and Workman Pub 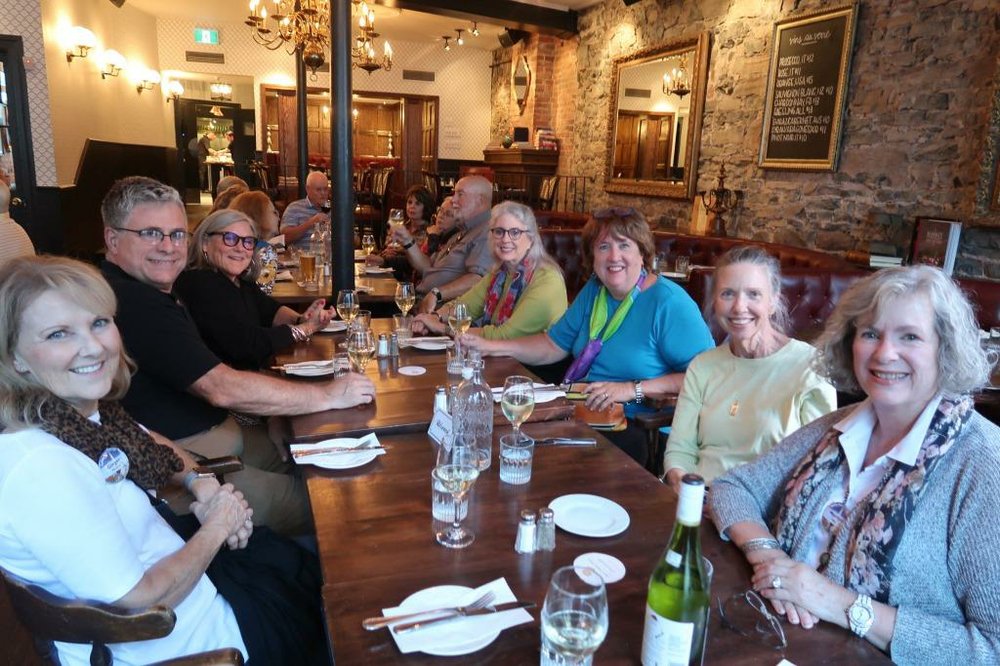 before walking up the street to the light and sound show at the Basilica of Notre Dame. 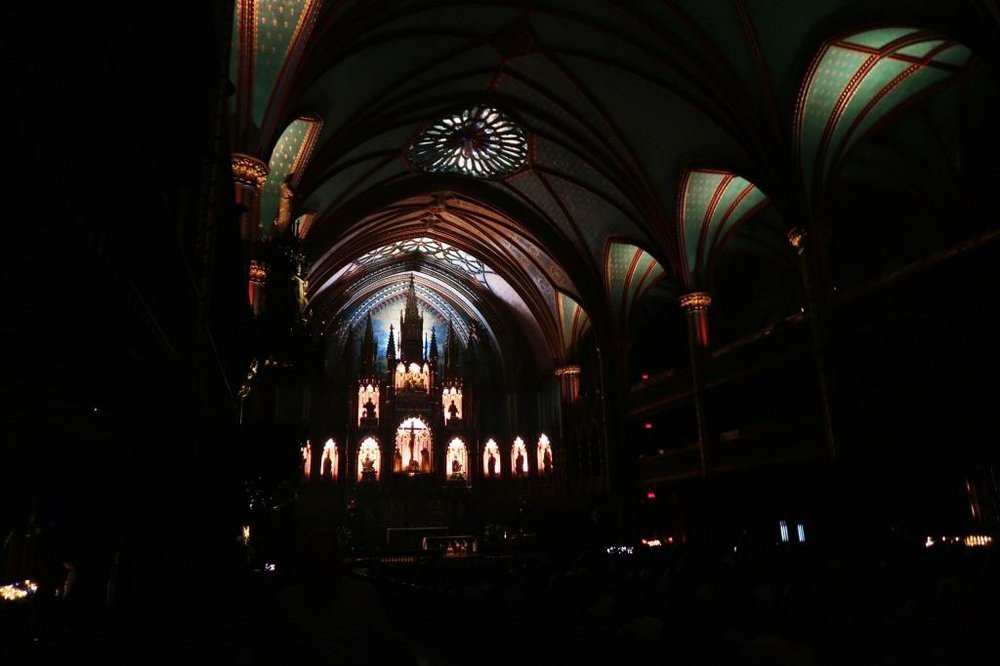 Afterwards we headed to our hotel for a good nights sleep.

Breakfast in the hotel was a bit slow to start 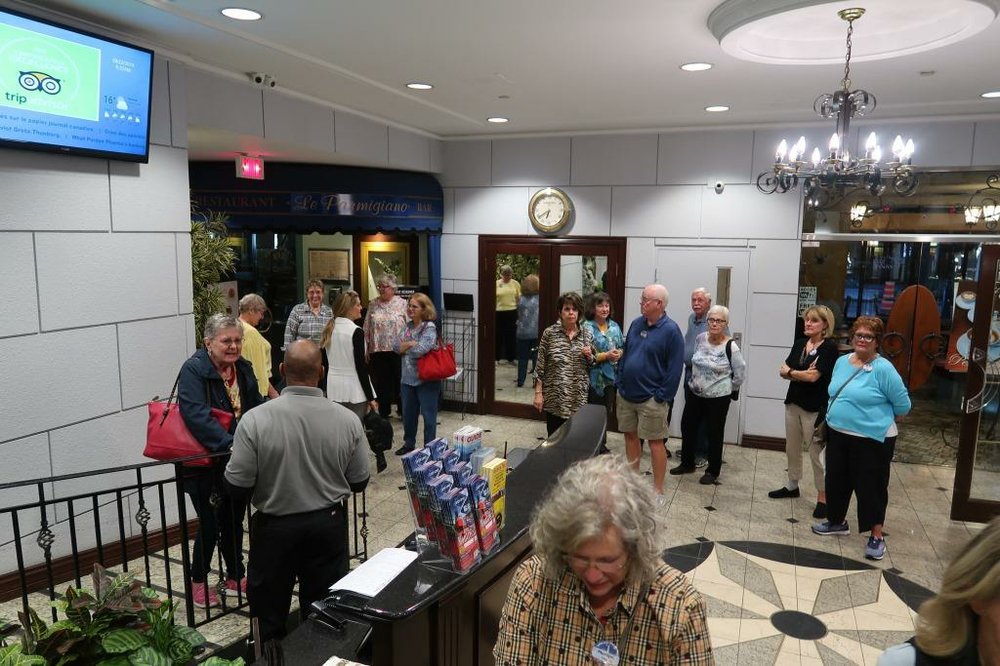 but we made it through in time to leave at 7:30 for a marathon adventure in Montreal. We had a big day planned trying to take in as many sites as possible since this was our only day here. First stop was Mont Royal Park 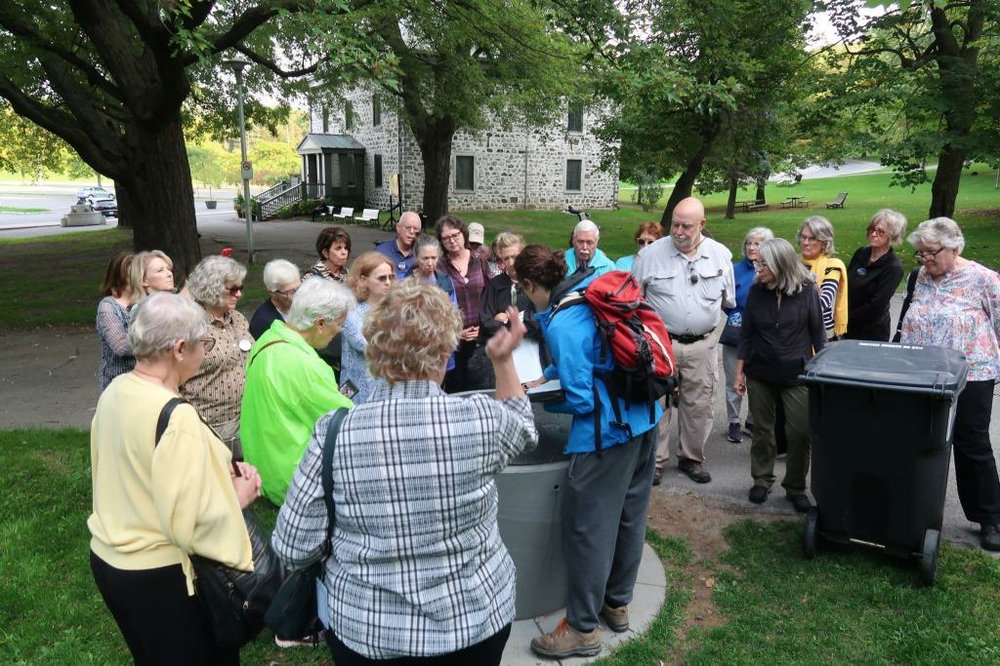 with a 2 mile hike to see the plants and vistas.

We left there and headed to St. Joseph's Oratory, 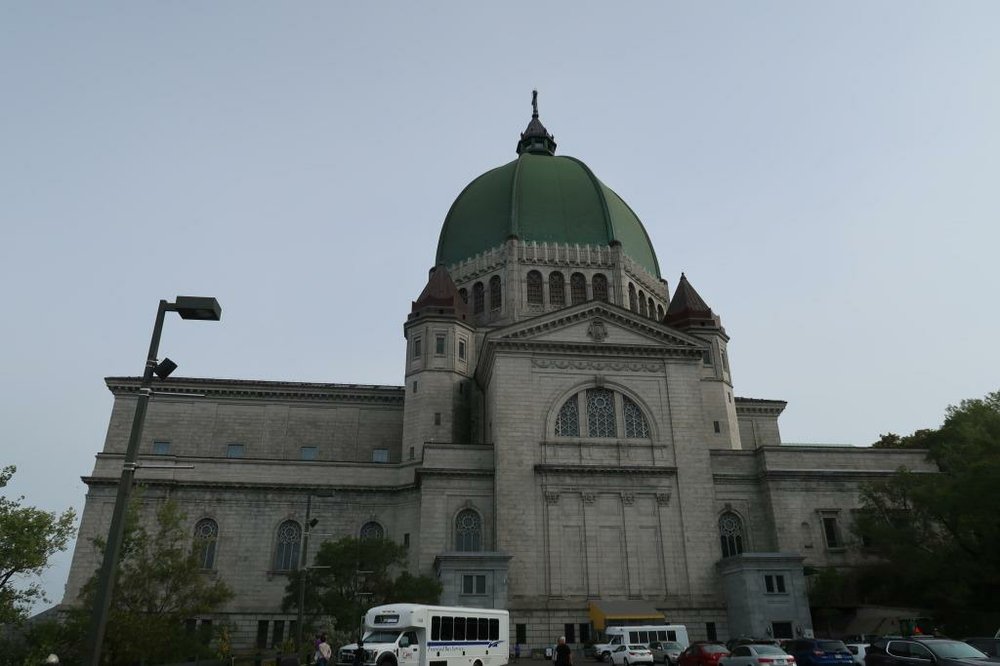 the largest Catholic Church in Canada. We had a guided tour inside 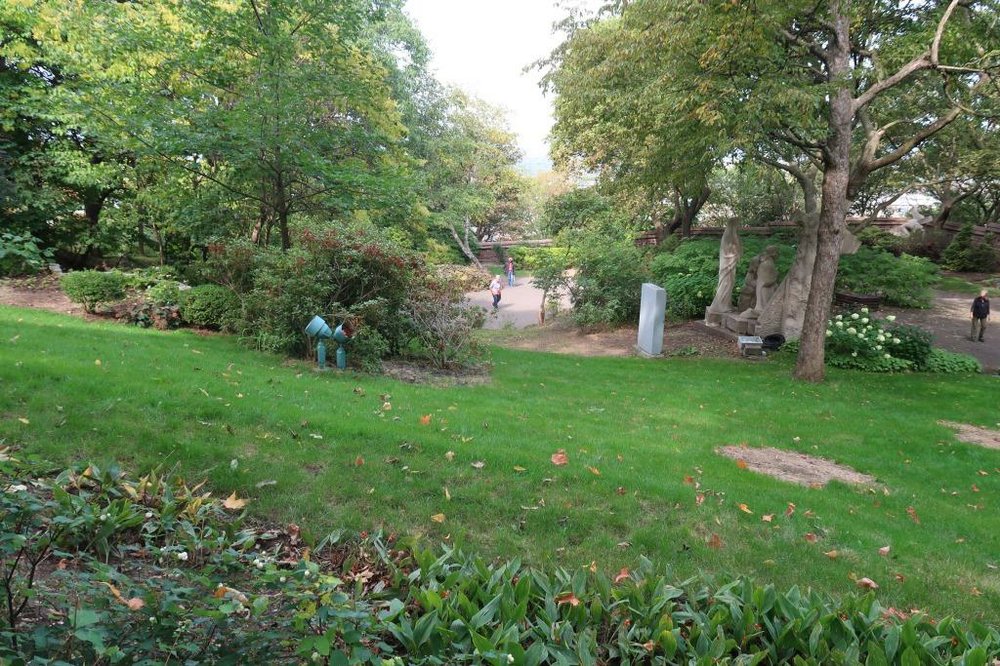 and then we went to the gardens 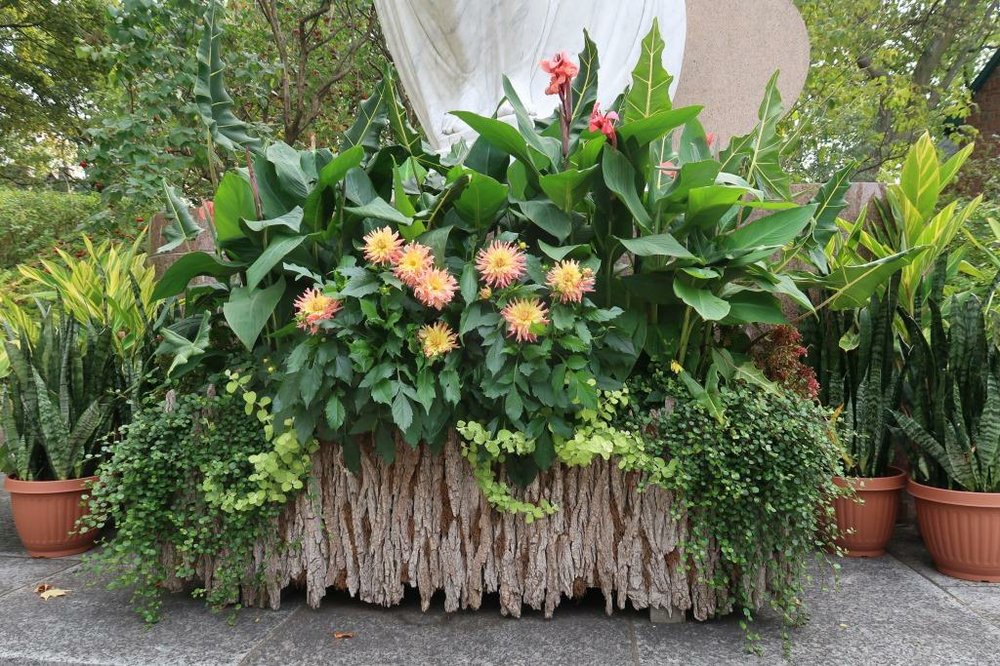 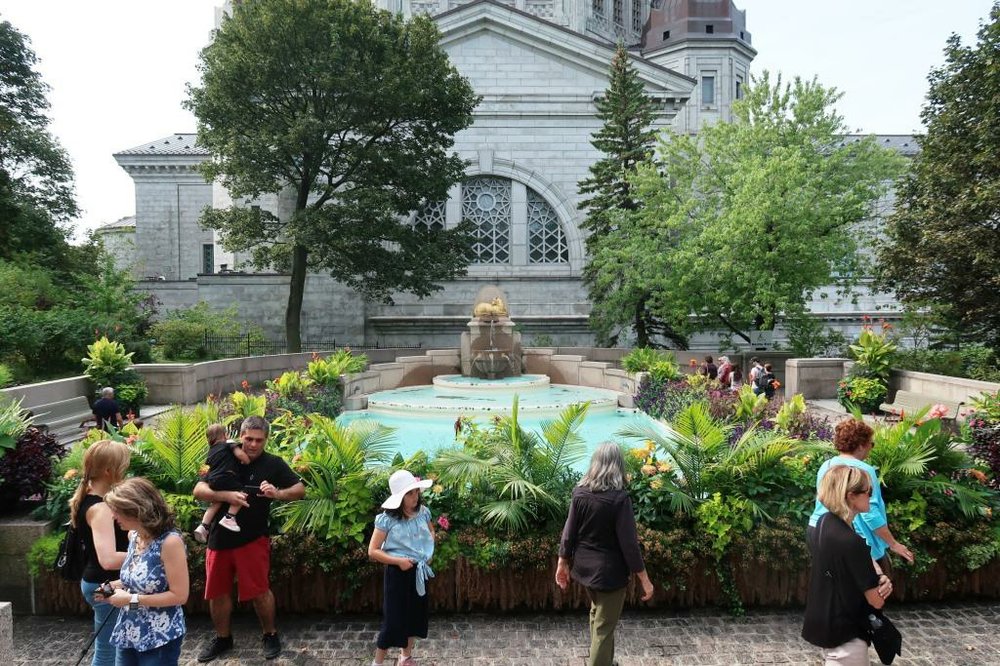 After a quick lunch we were on our way to the Botanical Gardens of Montreal. 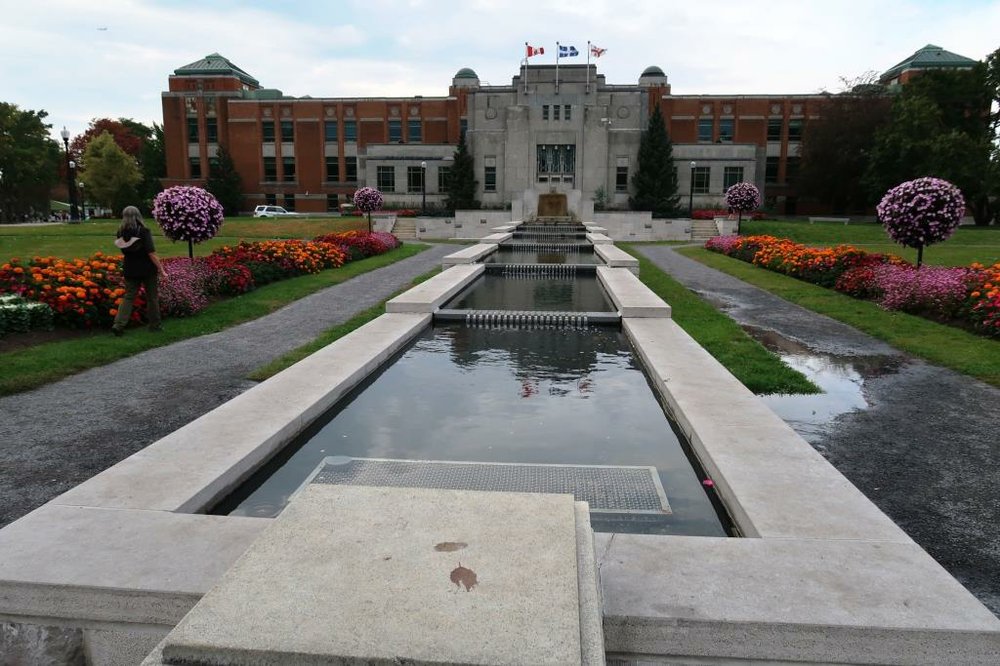 Montreal was hosting a marathon today so traffic patterns were a mess. Our poor bus driver Luke tried everything he could think of to get us across town but was thwarted at every turn. It took over an hour to get to the botanical gardens. Our hosting volunteer docents were patient and waited for us. It was an amazing garden! 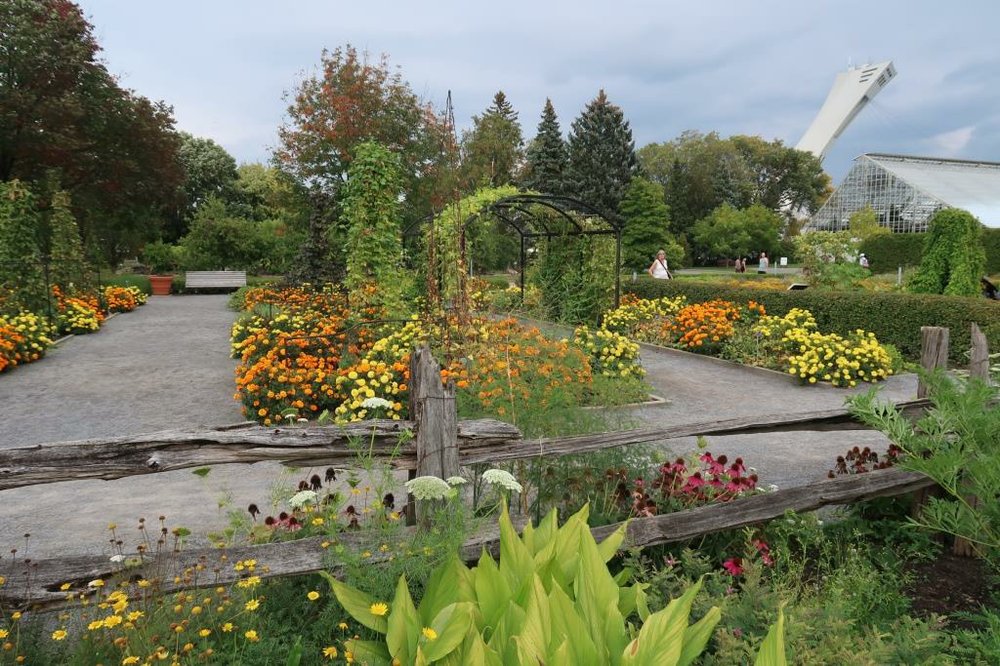 We saw so many plants and gardens and just wished we had more time. 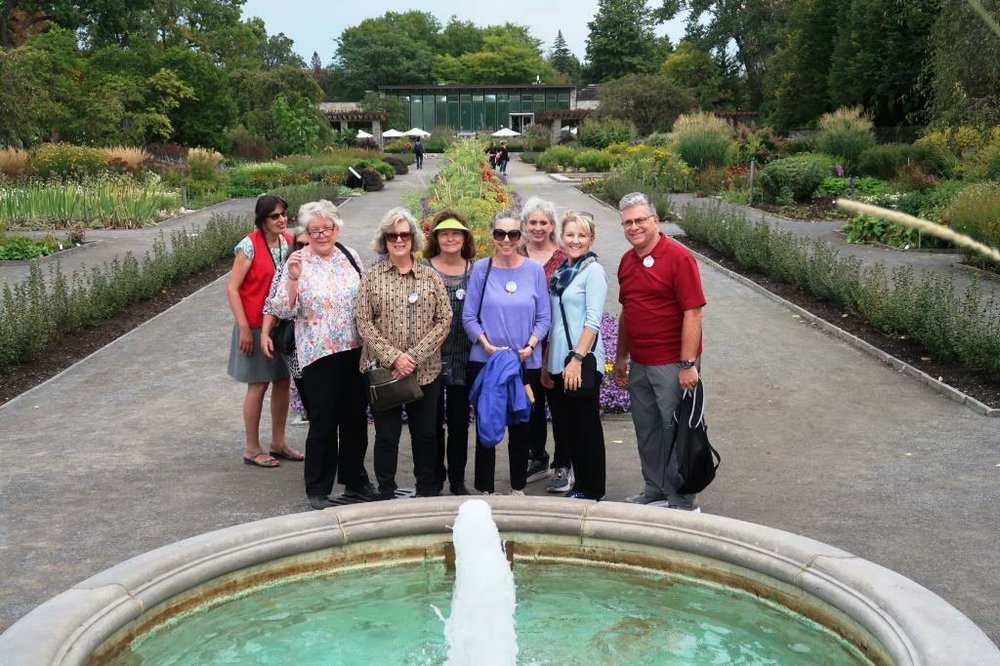 At the end of the gardens it was 4:30 and we were all pooped. Many of us had walked over 6 miles by this time so we opted out of our next two stops. 20 folks went back to the hotel and 7 of us ventured out to Old Montreal. We spent some time shopping and eating, ending up at a fabulous rooftop restaurant with fabulous vistas. 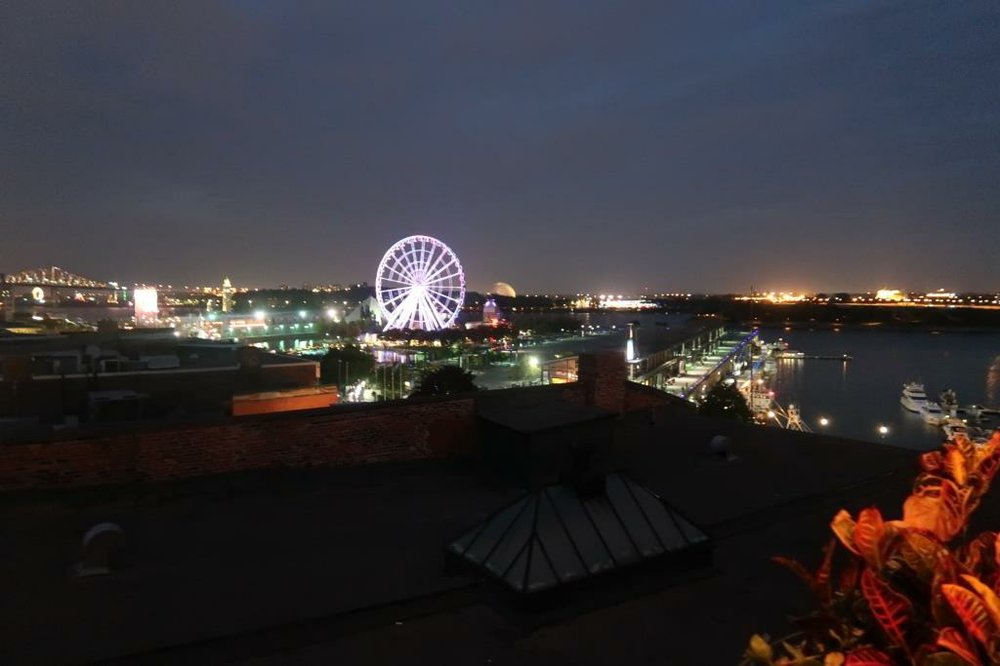 We eventually made it back to the hotel.

Tomorrow morning we head to Quebec City with several stops along the way. The weather has been great so far with highs in the low 80's. Tomorrow we have a chance of rain, but cooler temperatures.