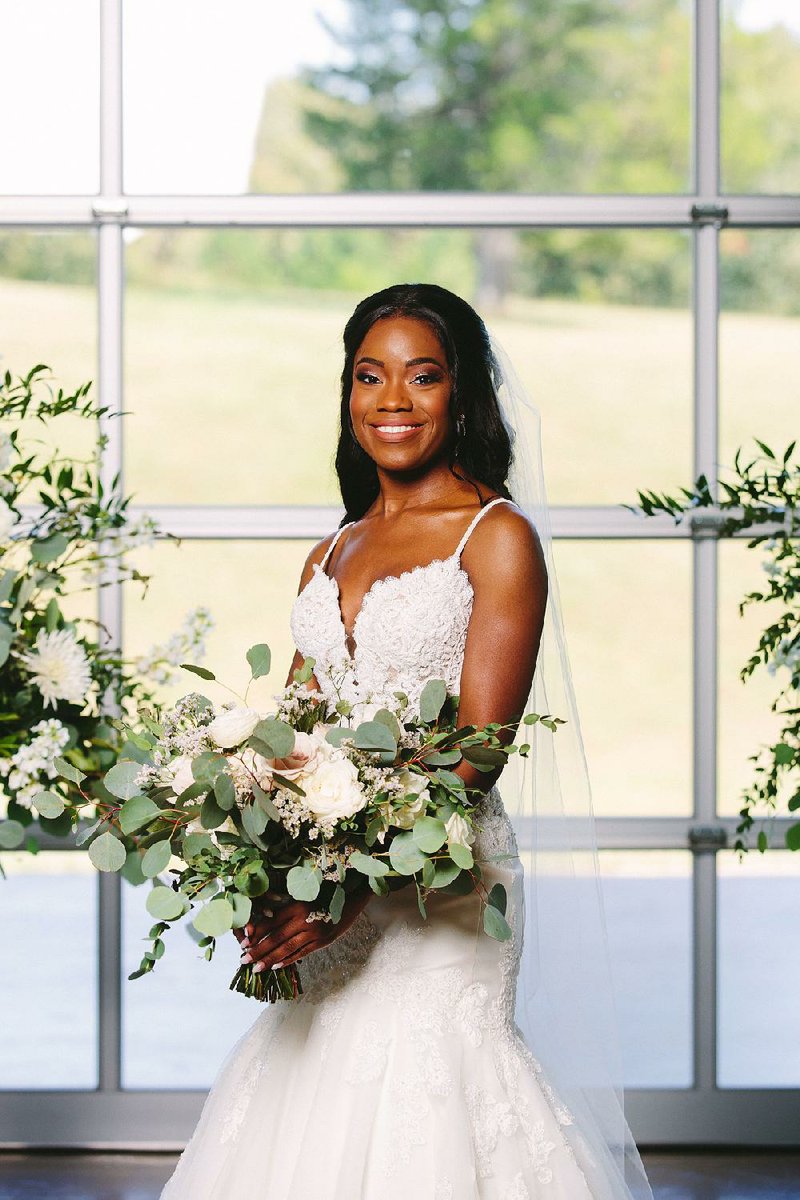 Parents of the groom are Dessa Webb of Arkadelphia and Carl Webb of Hot Springs. He is the grandson of Sarah Walker of Fordyce and the late Bobbie King of Arkadelphia.

The ceremony site was decorated with arrangements of roses and candles.

The bride, given in marriage by her father, wore an ivory mermaid-style gown with a sweetheart neckline. She carried a cascade of quicksand roses.

Serving as best man was Courtney Simmons of Little Rock. Groomsmen were DeMarco Jones, Cory Willis, Jermaine Jefferson and Jermaine Poe, cousin of the bride, all of Little Rock.

A reception, also at Cold Springs, was held after the ceremony. Guest tables were covered with textured ivory cloths and centered with candles and arrangements of quicksand roses.

The groom has a bachelor's degree in political science from UALR and is employed in logistics at the Arkansas Attorney General's Office.

The couple will make their home in Little Rock after a honeymoon in Cabo San Lucas, Mexico.