Medication-aided opioid care slow to catch on in state

Months of preparations had gone into the medication-assisted treatment program housed at a decades-old community health center in Clarendon.

But by August, the clinic had had just two patients sign up.

"We were literally expecting to be flooded and not have the capacity to take care of it," said the clinic's medical director, Dr. Curtis Schalchlin. "And then we were not."

A slow start hasn't dashed the hopes of the group that has committed to providing the therapy in an area where a lackluster economy has left people vulnerable to addiction.

Others around the state who offer medication-assisted treatment have told the Clarendon clinic's staff to wait for word-of-mouth to take hold -- and then to expect exponential growth.

"The problem is backlogged, and it's still out there, and people are addicted to these medications," Schalchlin said. "So they've got to have help somewhere to get off of them."

[NEWSLETTER: Sign up for the Health & Science email at arkansasonline.com/emails]

That expansion is among signs of the therapy's more widespread adoption in Arkansas, where public health officials say an opioid problem is visible through prescription rates almost double the national average.

That's ratcheted up attention on addiction and recovery issues statewide, particularly during the past two years when Arkansas has received at least $13 million in federal funding specifically tied to fighting opioid abuse.

Medication-assisted treatment -- an umbrella term for a clinical approach -- typically combines counseling and medications such as methadone, naltrexone or buprenorphine.

By acting on neurological receptors, the drugs limit withdrawal symptoms and normalize the brain chemistry of people who have developed an opioid addiction.

The therapy is not without controversy, in part because the drugs used for it share some chemical commonalities with opioids, can cause withdrawal themselves if stopped suddenly and can potentially be abused.

At Community Clinic in Northwest Arkansas, chief medical officer Dr. Gary Berner said he has heard some concerns that with the treatment, "you're exchanging one opioid for another."

To people who raise that objection, he tries to communicate that "the risk of death and injury is so high with opioid addiction that we're really looking for harm reduction."

The therapy is increasingly supported by health care groups and was included in a recent opioid policy "roadmap" supported by the American Medical Association.

Unlike other medications, doctors must obtain a federal credential (called a waiver) to prescribe schedule III-V drugs -- including buprenorphine -- for narcotic addiction.

Methadone, a slightly more established treatment in the U.S., is dispensed in highly controlled environments, often requiring patients to visit a clinic every day.

Those barriers are part of what's contributed to medication-assisted therapy's lagging presence in the state, which University of Arkansas for Medical Sciences psychiatrist Dr. Michael Mancino said has been "woefully behind" in its offerings.

He said 39 counties still don't have a practitioner with a waiver, some area providers who had a waiver weren't actively prescribing and, until recently, many resisted the idea of getting the credential or offering the therapy.

"If I called them up and said, 'Hey, do you think you might be interested in [medication-assisted treatment],' nine out of 10 people didn't want to talk to me," said Mancino, who heads the Center for Addiction Services and Treatment at the university's Psychiatric Research Institute.

"I was just some drug pusher in their mind."

Overall, providers say that perspective has been shifting, with Suboxone (a trade name for a drug containing buprenorphine) becoming more of a household name.

Expanding access to medication-assisted treatment is one of several strategies named by the state in its plan to take on opioid dependence.

As the Community Clinic program has developed in Northwest Arkansas, Berner said he has seen the treatment help normalize some patients' function.

He agreed that growth of medication-assisted treatment had been sluggish in the area, in part because of the heavy stigma that still surrounds substance use.

That's a challenge for doctors, but also for the people they're trying to serve.

"I think addiction is something that's difficult to bring up as a patient -- there's denial," Berner said.

"That's something we really harp on, to try and normalize addiction a bit, and treat it like other chronic illnesses."

The federal rules governing prescription of some drugs used in medication-assisted treatment are unique in medicine.

The Drug Addiction Treatment Act, passed by Congress in 2000, allows physicians outside of a formal treatment program setting to obtain the waiver to prescribe drugs such as buprenorphine if they complete certain requirements.

The law also limits the number of patients a provider can serve to 30 in his first year having the waiver, and doctors must file a request if they want to expand their patient base after that time.

No other drug class is subject to the same strictures.

In Arkansas, those restrictions have worked in tandem with existing biases, Mancino said.

"A lot of physicians are very wary of patients with substance use disorders, and they say things like, 'I don't want them in my office,'" he said.

In his time as an advocate of the therapy, he has heard doctors express misgivings about applying for the waiver because they fear office visits from the Drug Enforcement Administration.

Other practitioners say they are too busy to take on medication-assisted treatment patients, that they don't feel equipped to treat mental health issues that accompany addiction or that they don't understand addiction as an illness.

"That's appalling to me, given that would be the equivalent of a doctor saying, 'Oh, I don't know anything about heart disease,'" he said. "That would be a ludicrous statement that no one would be willing to accept."

Providers say what's changed lately, as well as a national urgency around opioids, is the broadening scope of the opioid epidemic in Arkansas, which is said to be about five years behind other states.

Originally linked to prescription medications, the problem has expanded into heroin and the potent synthetic opioid fentanyl, which have become more widely available in the region.

State Drug Director Kirk Lane said a pilot program using naltrexone for medication-assisted treatment within Arkansas Community Correction has had some success over the past year.

He added that doctors who do have the waiver need to do a better job of communicating their interest in offering the therapy to potential patients.

"I've heard too many times from different people that, you know, I don't know of anything in our state, so we went to Louisiana, or we went to Mississippi, or we went to Oklahoma."

Arkansas is one of several Southern states where medication-assisted treatment has gained prominence in public health and policy circles.

A Mississippi task force focused on opioids and heroin included expanding access to medication-assisted treatement, with a special emphasis on pregnant and parenting women, in a list of recommendations to that state's governor.

An infographic for providers published by the Missouri Department of Mental Health breaks down seven myths about medication-assisted treatment and explains that it is supported by many organizations, including the federal Centers for Disease Control and Prevention.

In Louisiana, Quinetta Womack, director of clinical operations in the state's Office of Behavioral Health, said some programs are emerging, but, like Arkansas, progress has been slow.

"Quite frankly, we're in the same situation," said Womack. "It's really been a process, I would say, to introducing the idea of medication-assisted treatment in our state."

Her department is contracting with providers to serve the under- and uninsured population.

On a federal level, companion House and Senate bills filed this year aim to roll back the 2000 rule.

Lane emphasized that medication for opioid addiction isn't enough, and is just "trying to prescribe your way out of the problem."

He said that counseling above and beyond advice to go to a 12-step program is required, such as work with peer recovery specialists who often have their own experiences with addiction and can teach skills needed in sobriety.

To that end, Berner said the Northwest Arkansas program offers a variety of supports, including work with social workers and psychiatrists.

That can include case coordinators who sometimes help out with bus cards or gas cards, or assist with applying for housing or shelters.

For providers, UAMS is offering telemedicine support targeted toward doctors and other professionals offering medication-assisted treatment in rural communites, including free consultations with addiction specialists.

In Clarendon, members of the community health center's staff said they are doing what they can to relay the availability of the new service.

One thing that might be holding them back so far, they said, is their efforts to limit opioid prescriptions in their practice in recent years.

"It becomes known, and you don't see the patients if the expectation is not there that you're going to [give out] the scripts," said Al Sliger, the Mid-Delta Health Systems executive director.

Sliger said Clarendon is doing battle with many of the problems affecting rural America, including a more-mechanized agricultural industry that's winnowed down the number of available jobs.

In that environment, addiction has been prevalent for more than a decade.

"If we can just get some [patients], we might be able to help them," Schalchlin said. "We have prepared ourselves to be ready to take care of these people." 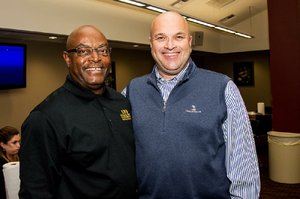 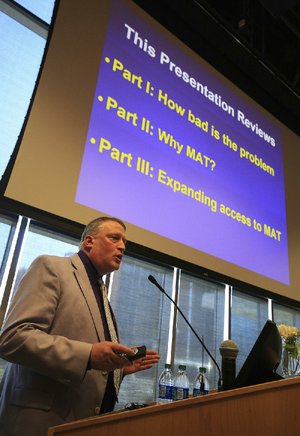