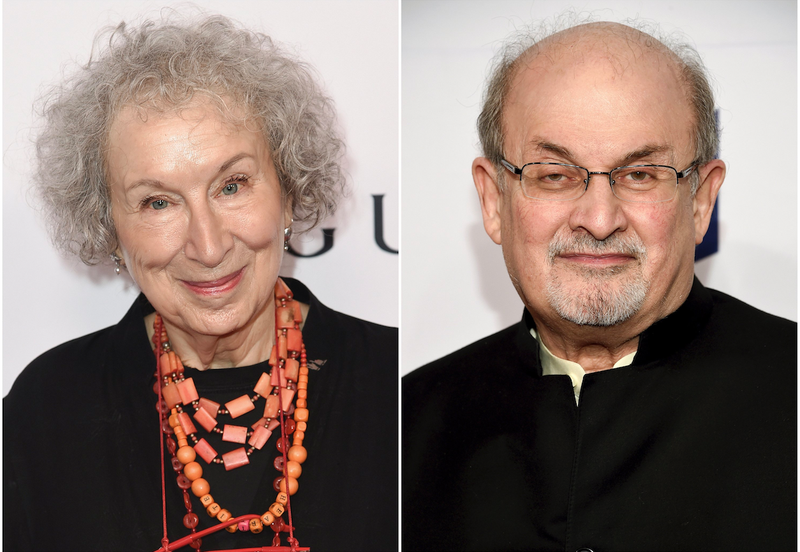 Margaret Atwood’s "The Testaments" and Salman Rushdie’s "Quichotte" are among six titles shortlisted for the Booker Prize for Fiction. This year’s winner will be announced Oct. 14 in London. (APP

NEW YORK -- Some of the timeliest and most topical books in stores today and later this fall will be found in the fiction section.

Novelists and short story writers are addressing the news of the moment through imagined narratives. Some are set in the present, others in the distant past and others in the undetermined future.

It started Sept. 3 with the publication of Salman Rushdie's Quichotte and, on Sept. 10, Margaret Atwood's The Testaments, her sequel to The Handmaid's Tale, and Lucy Ellmann's epic Ducks, Newburyport.

"Fiction at its best is a journey toward the truth by an indirect route," said Rushdie, whose novel brings the tale of Don Quixote into the age of YouTube and reality television. "If done properly, [it] can capture a moment in such a way that readers in the present can gain 'recognition pleasure' -- 'Yes, this is how things are.'"

Atwood has said the rise of Donald Trump helped convince her to write The Testaments, which returns readers to the ruthless patriarchy of Gilead and to those resisting it. Ducks, Newburyport is a 1,000-page journey through the worried mind of an Ohio housewife who makes pies and despairs about Trump.

Here's a look at other titles, some of which are now in stores. Release dates for the others are listed after the title.

Jeanine Cummins' highly anticipated American Dirt (due Jan. 22) tells of a bookseller in Mexico who is threatened by a drug cartel and attempts to flee to the United States. Rob Hart's new thriller The Warehouse is set within a giant tech company called "The Cloud," a story billed as "Big Brother meets Big Business."

"Journalism is incredibly important, and data is great at making people angry, but a story sits with you the way data doesn't," Hart says. "Stories are about empathy. I think we've collectively decided our comfort is more important than someone else's discomfort, and putting people in someone else's shoes for a bit seems a good way to counter that."

Ta-Nehisi Coates' just-published first novel, The Water Dancer, is the story of a slave's external and internal journey; the author has called the work a "myth" to counteract the racist beliefs of the present, explaining during last spring's booksellers convention that fiction can change minds by taking us to a "bone-deep level."

Other new fiction includes Ann Patchett's The Dutch House, Stephen King's The Institute, Zadie Smith's Grand Union" (Oct. 8) and Monique Truong's The Sweetest Fruits. Stephen Chbosky's Imaginary Friend (Tuesday) is his first novel since his million-selling debut, The Perks of Being a Wallflower and Andre Aciman's Find Me (Oct. 29) is a sequel to his novel that was adapted into an Oscar-winning movie, Call Me By Your Name.

Other poetry highlights include titles by Sharon Olds (Arias, Oct. 15), Nick Flynn (I Will Destroy You) and Daniel Poppick's Fear of Description (Tuesday). 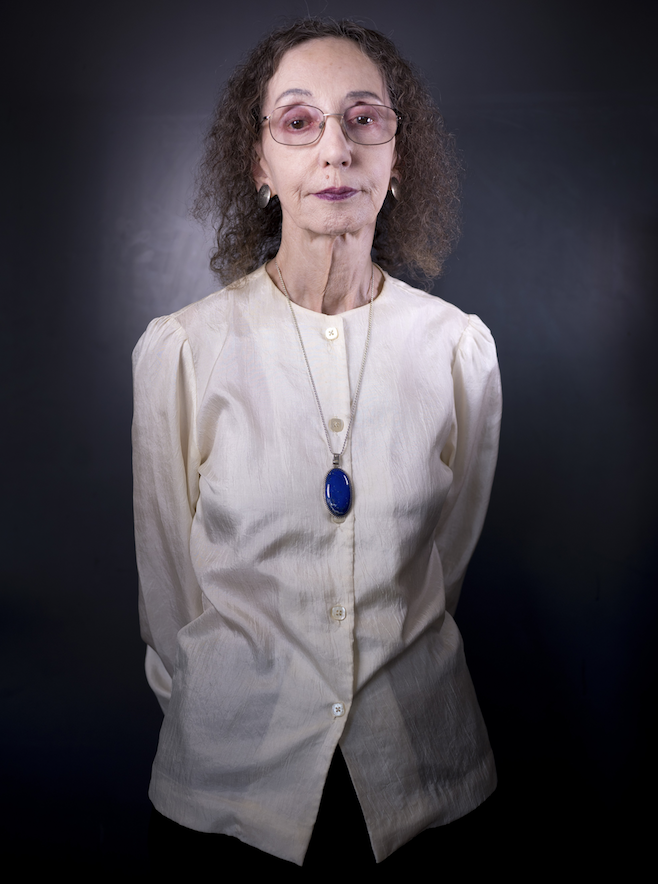 Cutting Edge, a crime and mystery anthology edited by Joyce Carol Oates, features poems and stories from Atwood, Edwidge Danticat and Aimee Bender, among other women. It is due Nov. 5.

"In noir, women's place until fairly recently has been limited to two: muse, sexual object," Oates writes in the introduction. "The particular strength of the female noir vision isn't a recognizable style but rather a defiantly female, indeed feminist, perspective."

Current events will be addressed directly in such nonfiction as Ibram X. Kendi's How To Be an Antiracist, Naomi Klein's On Fire: The (Burning) Case for a Green New Deal and Stephen Greenhouse's Beaten Down, Worked Up: The Past, Present, and Future of American Labor. Edward Snowden, the former government employee famed for leaking documents that revealed a massive government surveillance system, has written the memoir Permanent Record.

Jonathan Safran Foer, known for such novels as Everything is Illuminated, offers a daily approach to climate change in We Are the Weather: Saving the Planet Begins at Breakfast. He says the book came out of a conversation with an environmental philanthropist about an expression both had heard too often, "We have to do something." Foer said the most direct and tangible action is cutting down on meat consumption, a point he felt he couldn't make through fiction.

"I was aiming to make some quite specific factual claims," he says. "I wanted to make a point about how we can make a huge dent in the environment by some relatively small changes in how we eat."

The Pulitzer Prize winners who helped relaunch #MeToo have books out: The New Yorker's Ronan Farrow has written Catch and Kill: Lies, Spies, and a Conspiracy to Protect Predators (due Oct. 15) and Jodi Kantor and Megan Twohey reflect on their New York Times coverage in She Said: Breaking the Sexual Harassment Story That Helped Ignite a Movement." The woman sexually assaulted by Stanford University student Brock Turner, her name still unknown to the general public, has a memoir out in September.

Memoirs also are coming from former UN Ambassadors Susan Rice (Oct. 8) and Samantha Power, Olympic figure skater Adam Rippon (Oct. 15), actresses Julie Andrews (Oct. 15) and Demi Moore, and chef Jean-Georges Vongerichten (Oct. 8). Supreme Court Justice Neil Gorsuch's A Republic, If You Can Keep It collects speeches and essays and is expected to touch on his contentious confirmation to the court in 2017. Former Defense Secretary Jim Mattis looks back on his career in Call Sign Chaos.

Music lovers again can look forward to a new round of memoirs, including Elton John's Me (Oct. 15), Debbie Harry's Face It (Tuesday), Flea's Acid for the Children (Nov. 5) and Andrew Ridgeley's Wham!: George Michael and Me (Oct. 8). Prince's The Beautiful Ones (Oct. 29) is built around a manuscript he and co-author Dan Piepenbring were working on at the time of his death. A former Prince collaborator, Morris Day, tells his story in On Time: A Princely Life in Funk (Oct. 8).

Liz Phair's Horror Stories (Oct. 8) is less a rock star memoir than a memoir that happens to be written by a rock star. It's a collection of personal essays reflecting on everything from divorce to the birth of her son to climbing trees on her grandparents' property. The singer-songwriter known for her classic Exile in Guyville album told The Associated Press that Prince's death was one reason she decided to write the book.

"When these great music legends die, you realize how much they meant to you and how much they shaped your career. ... And it gets you thinking about your own legacy," she said, adding that her book also was a way of confronting the "horror" of the daily headlines.

"I believe there's a power to being open and connected to your emotions, acknowledging what's happened to you. I don't think it shows weakness. I think it fortifies you against a whole lot of hot air."