We ate and drank our way through the Ile d'Orleans east of downtown Quebec. We crossed the Saint Lawrence River on the only bridge to the island and hit the ground running, trying to explore as much of the island as time allowed. There are many farms on the island raising a whole host of fruits, vegetables and local products. We stopped at a fruit stop, a small garden store, a cassis maker, a winery, an apple cidery, a chocolate maker and a beautiful garden, all before our farewell dinner at a Sugar Shack.

Apples were in abundance all over the island, 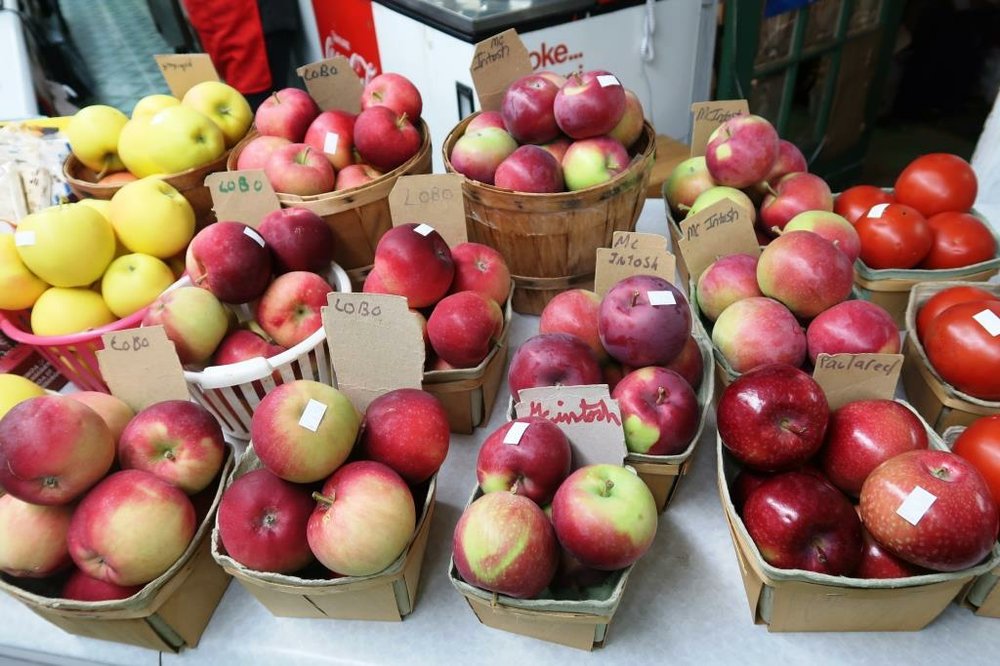 and we also saw migrant workers still in the fields picking strawberries, bundled in coats and hats. 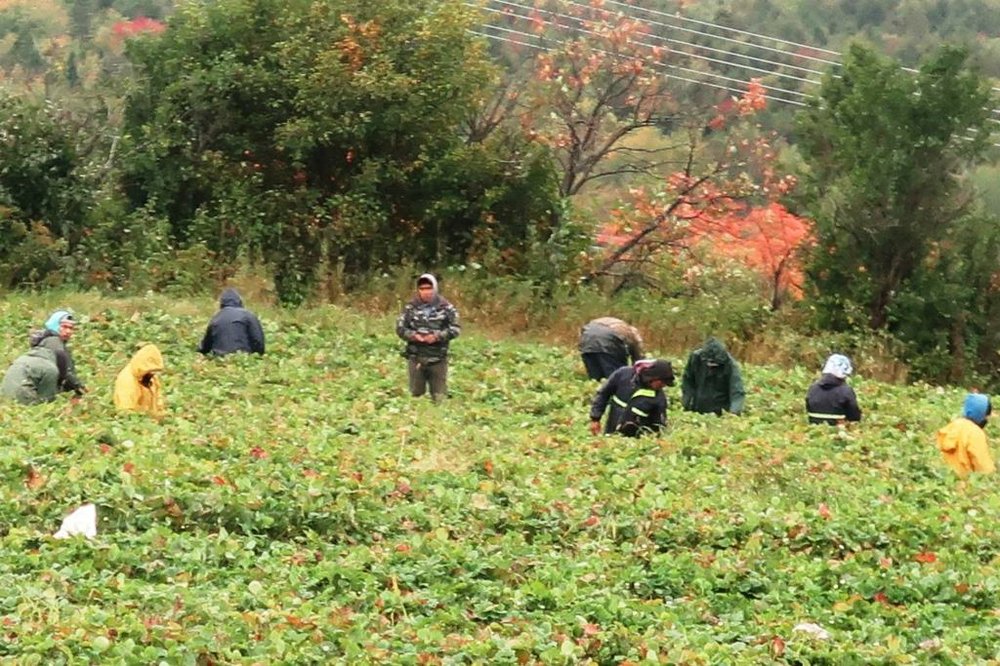 Grapes were ripening, and there was still production of raspberries, blackberries, and plums. 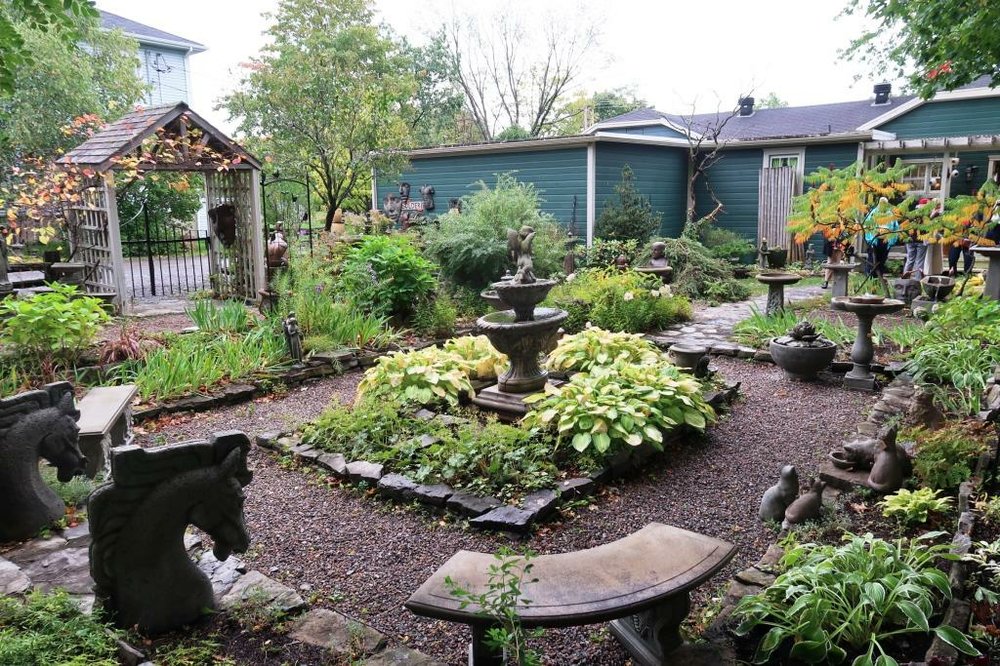 The garden shop was quaint 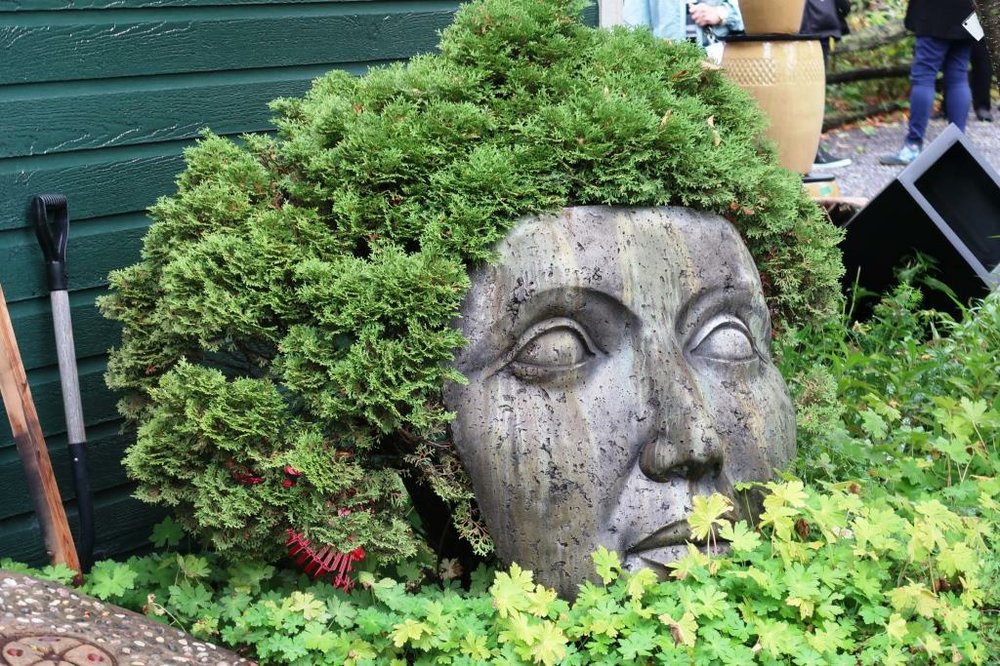 with many items we wished we could bring home, but alas, space did not allow.

Cassis Monna was our stop where wines and liquers are made from black currants. 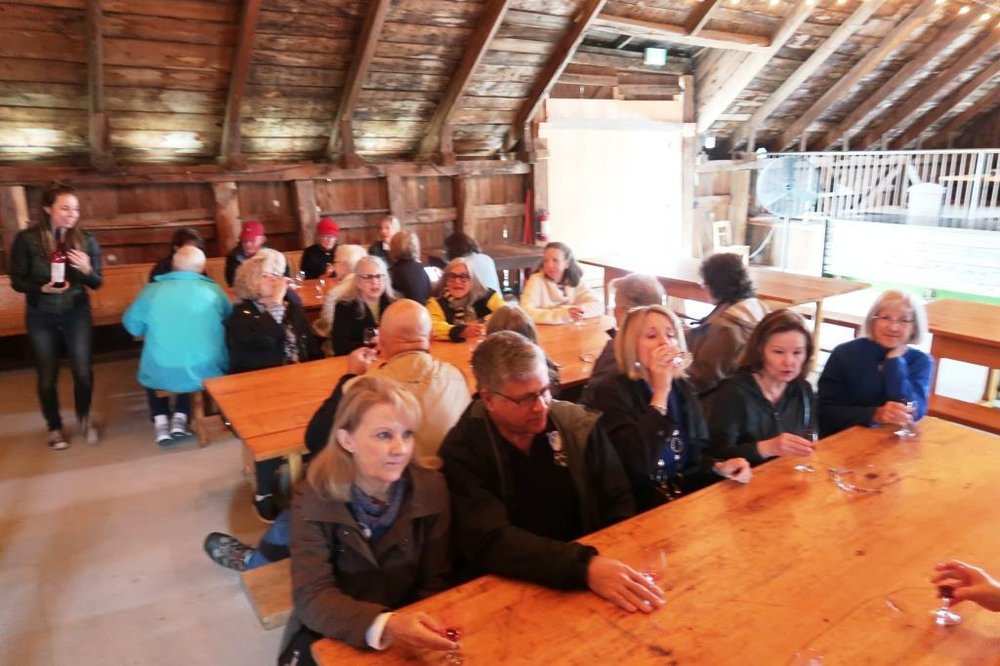 We had a tasting of four different products, 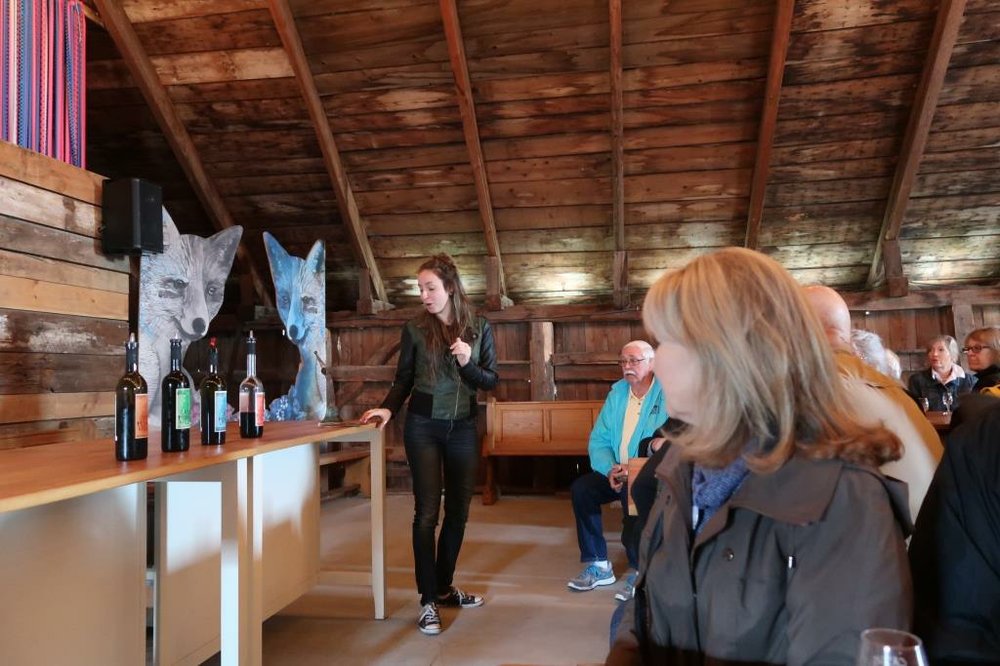 and then got to sample several of their other local fare from jams and jelllies to savory sauces made with black currants. We then got to make purchases.

After tasting cassis, our next stop was a local winery, Isle de Bacchus. 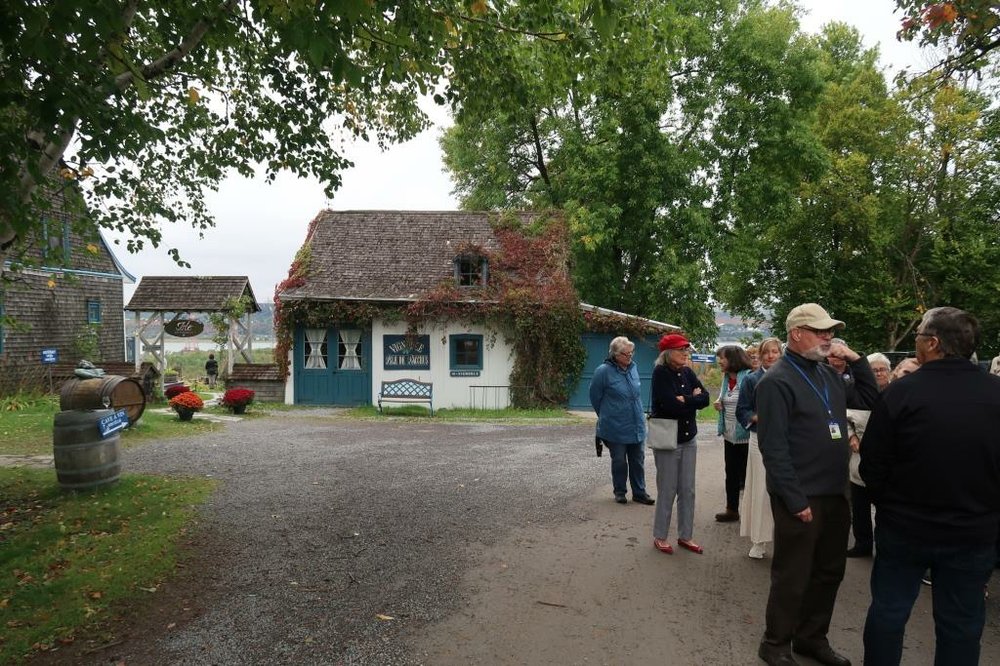 The fields were loaded with fruit and they had net covering the vines to keep the birds at bay. 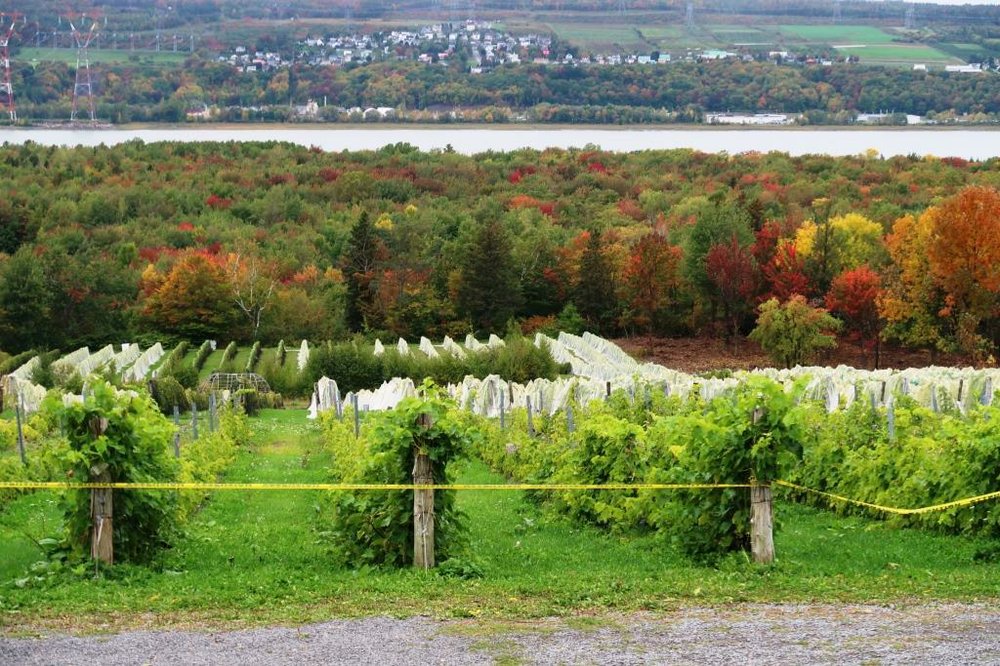 We had a lovely time exploring the winery and sampling several wines out in the field. 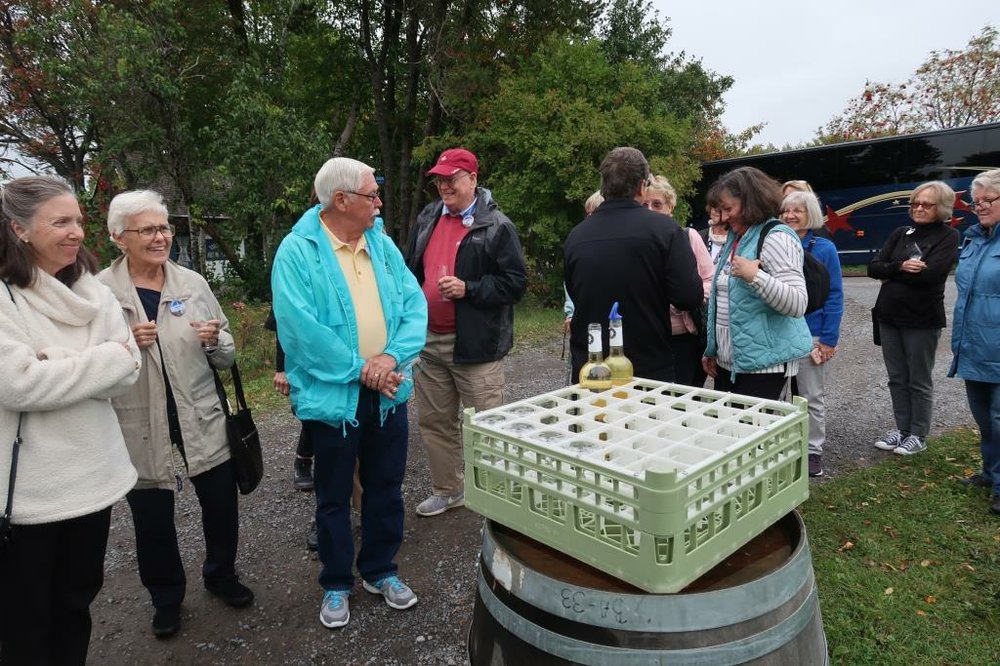 We ended the tour with a lovely lunch. 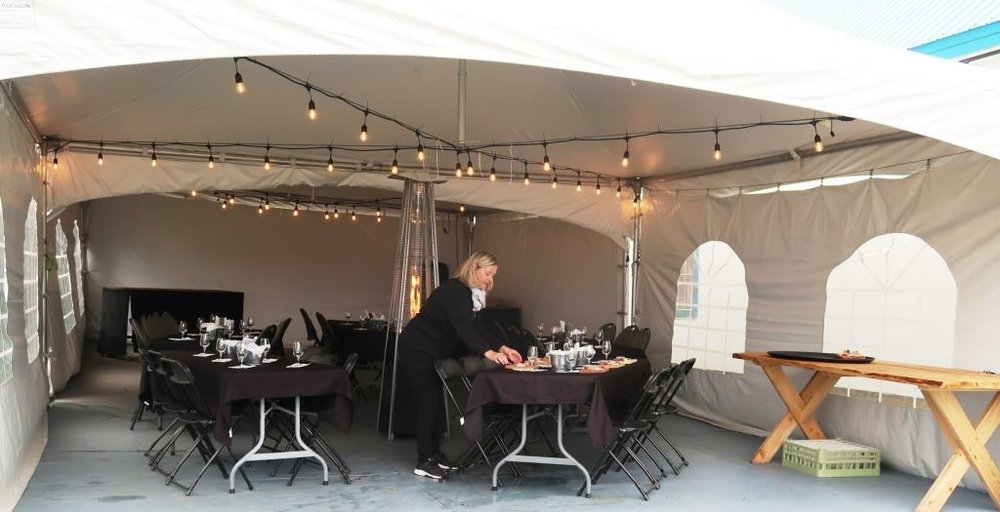 We then went to our garden stop. La Seigneurie is home to a lavender field, which is past production, but they have a store selling a wide array of lavender products. Across the street is a wonderful garden 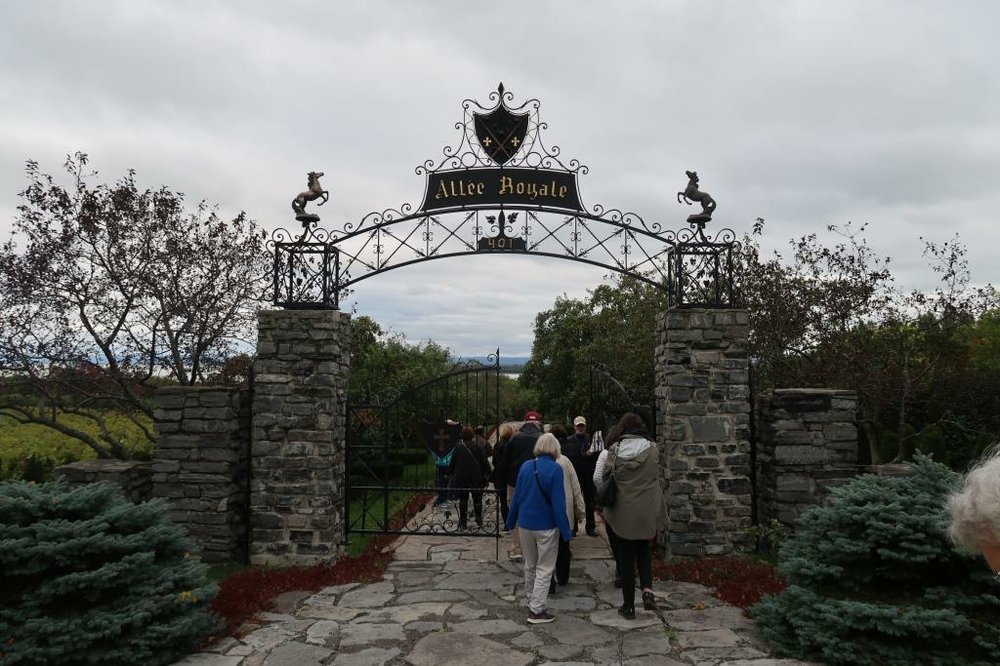 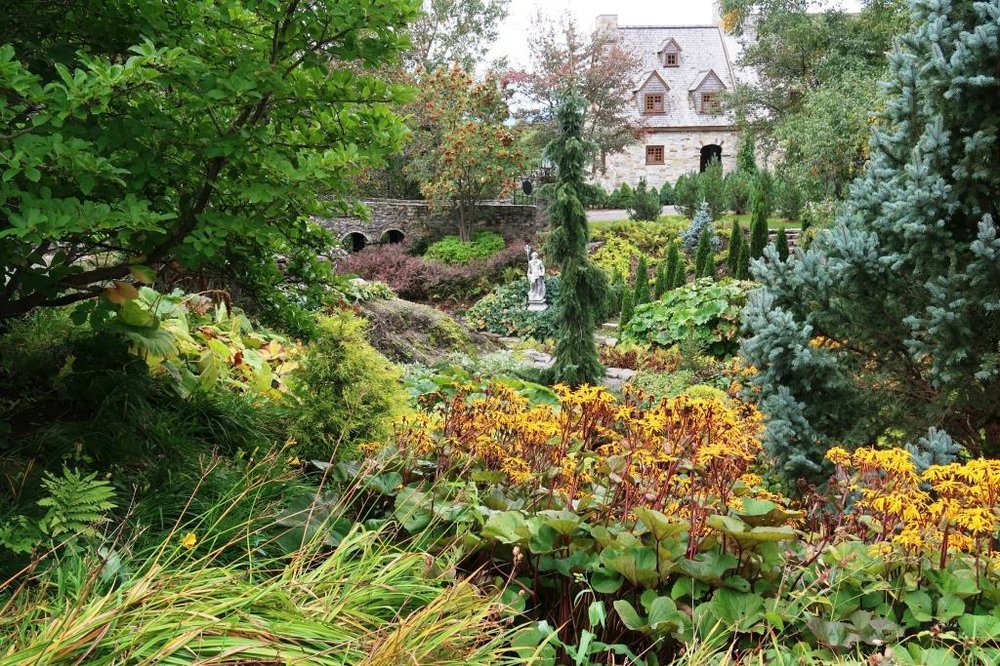 including the garden of 5 senses, 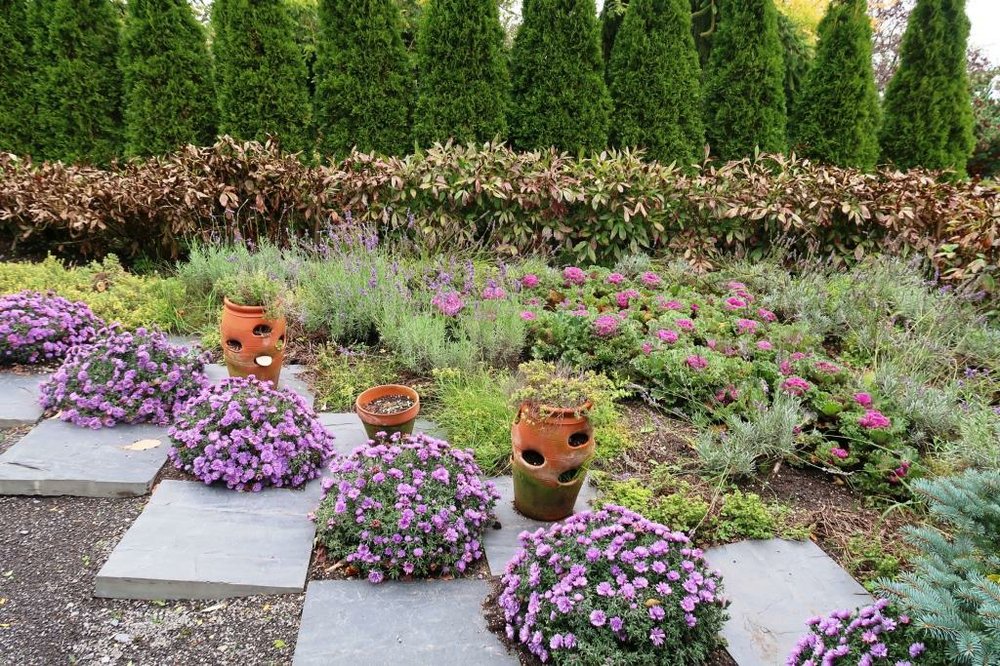 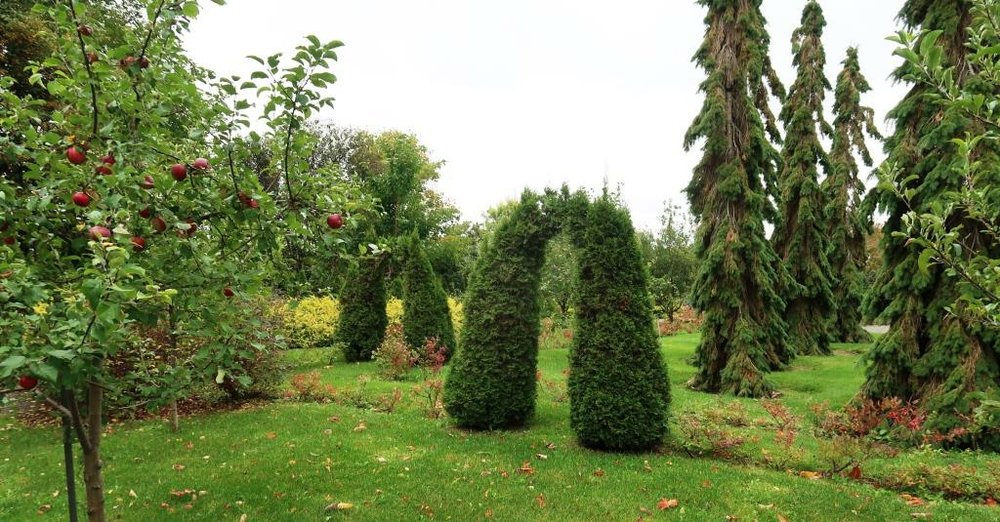 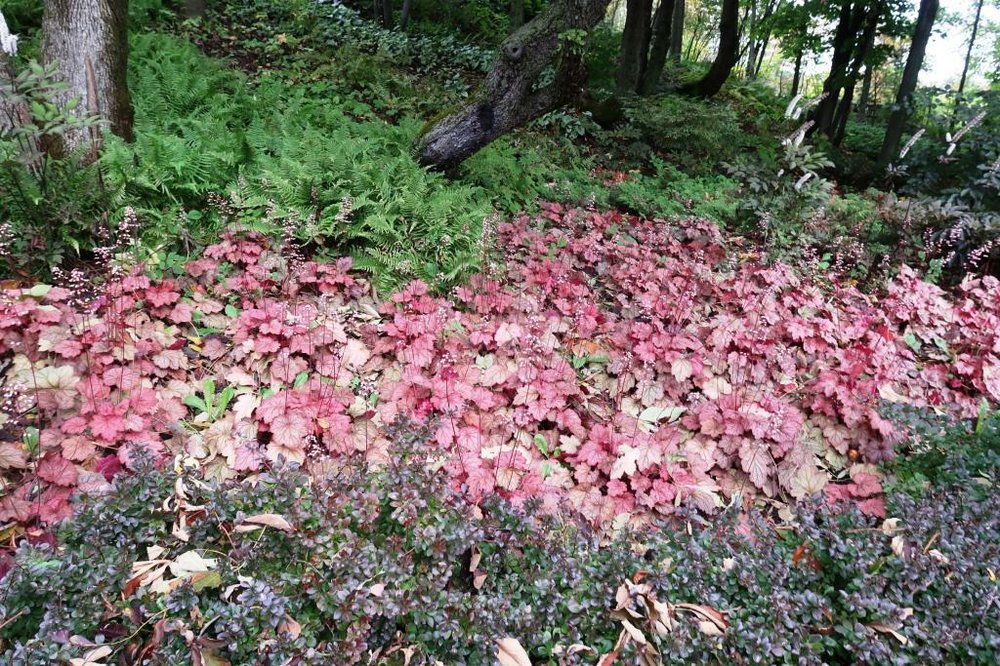 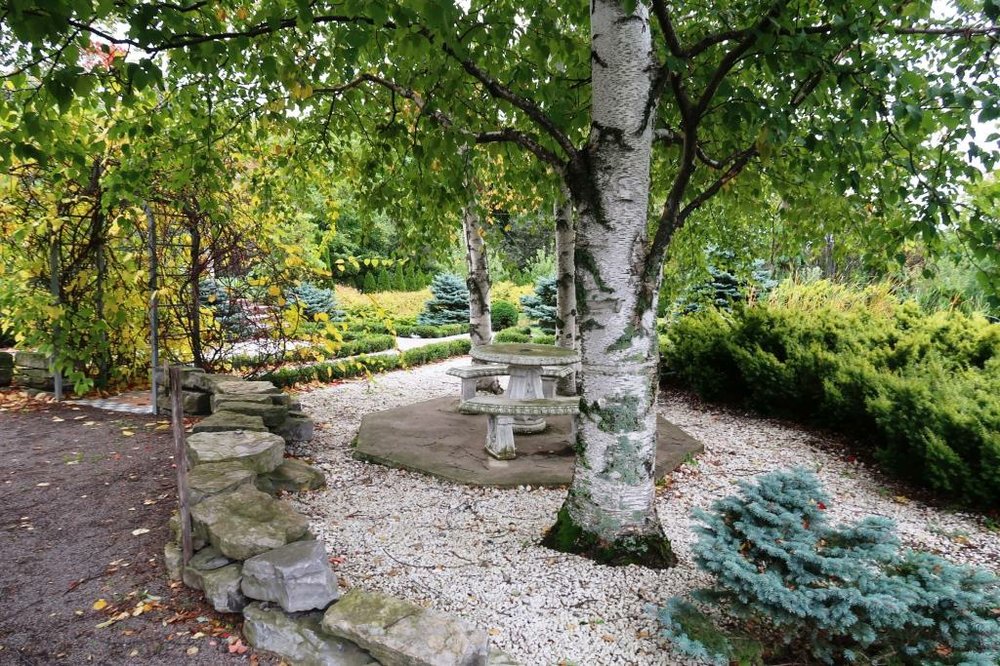 the Zen garden and a nice walk in the woods. 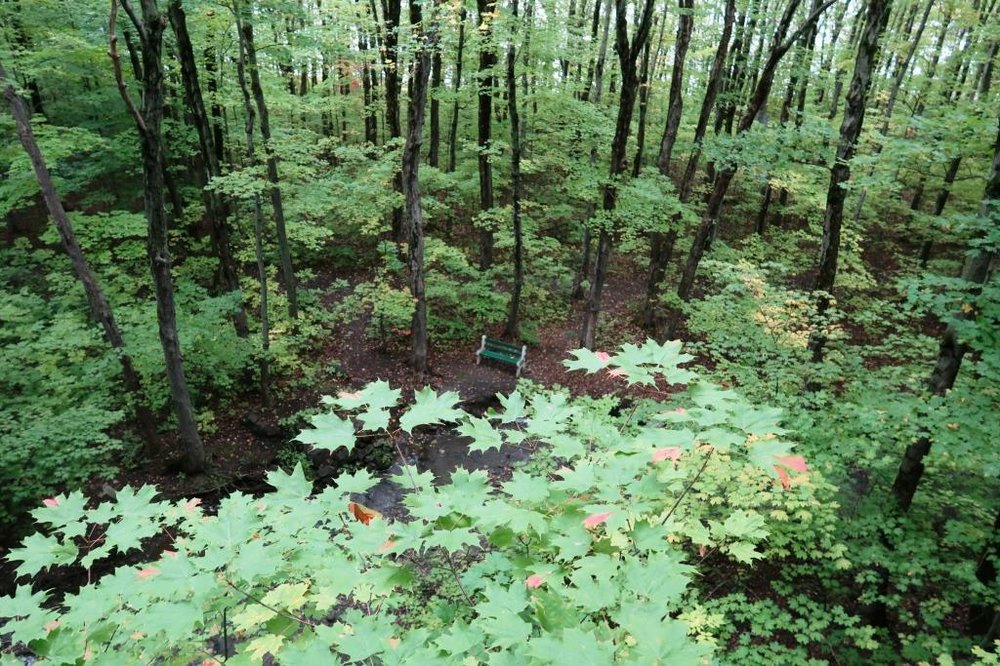 There was beautiful statuary throughout. 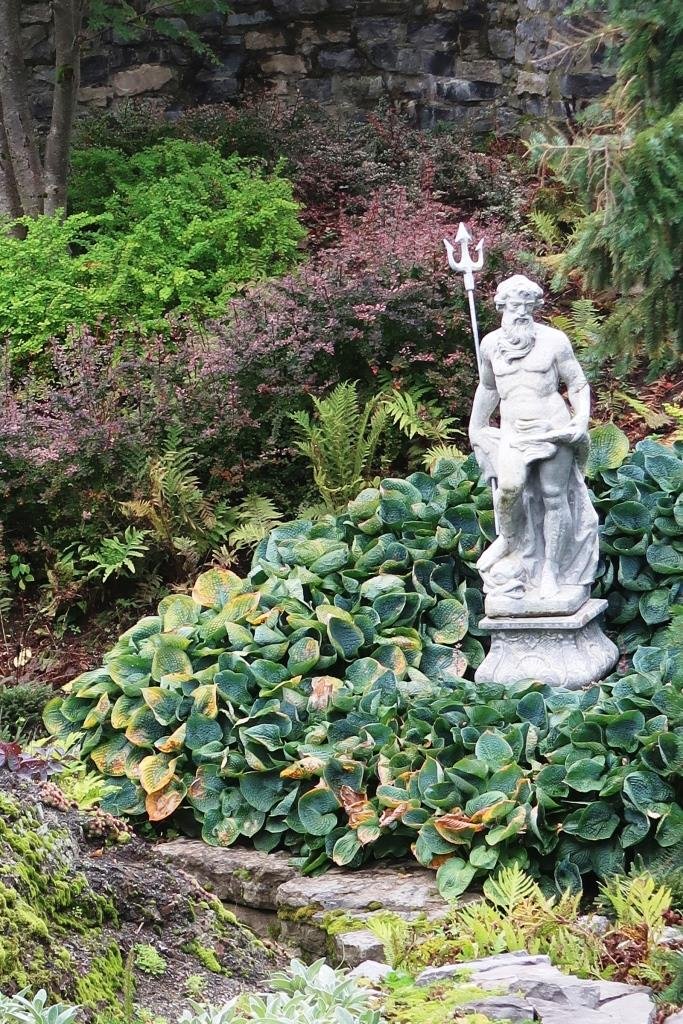 It was a lovely garden, and quite a surprise.

We drove the road around the island for some spectacular scenery 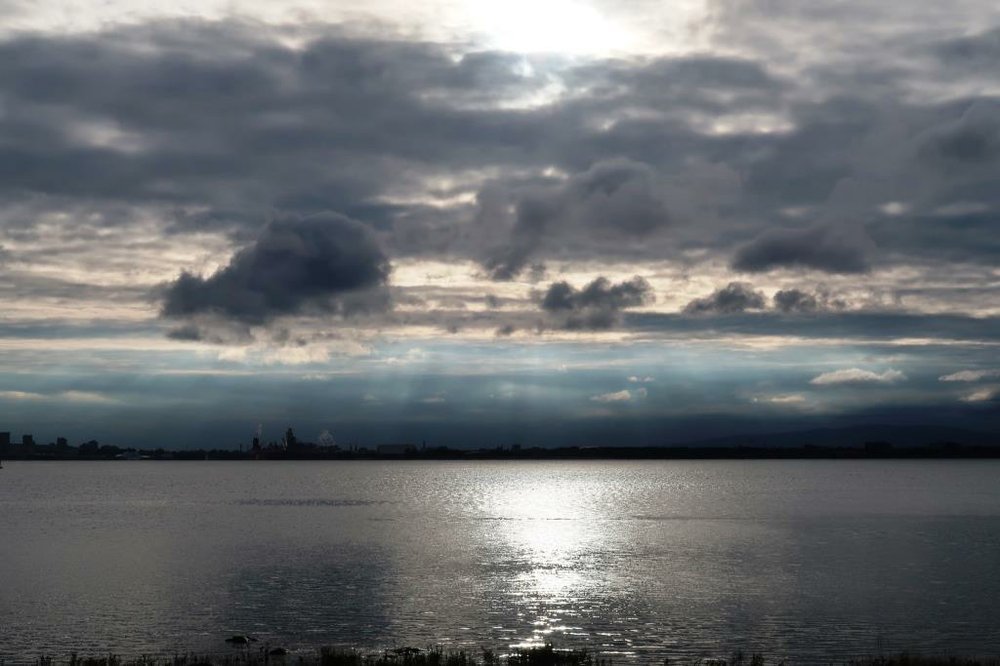 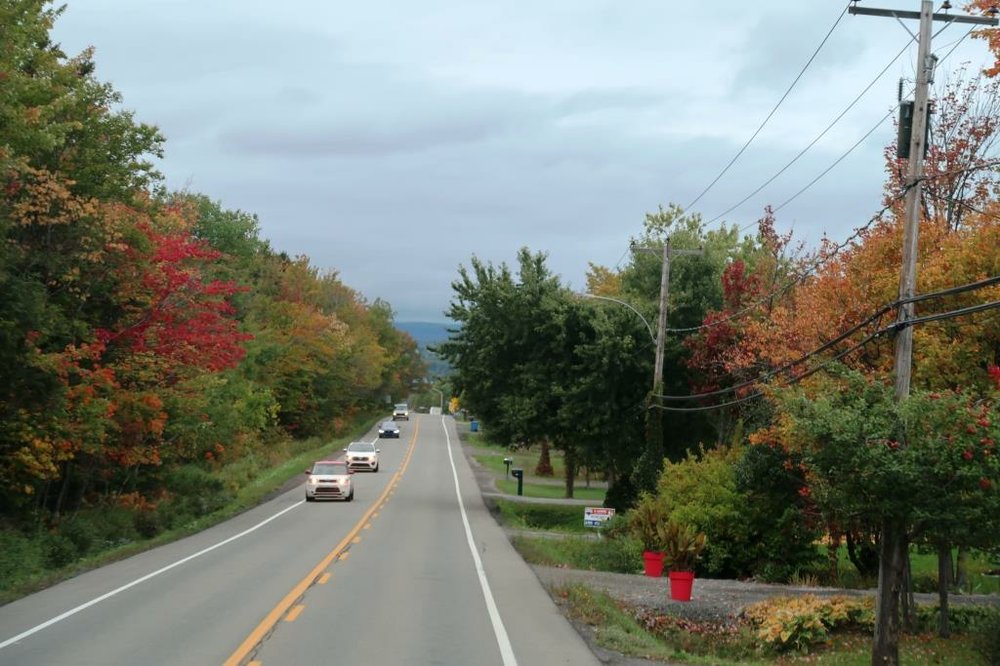 We stopped in at a chocolate maker where many sampled their hot chocolate or ice cream. 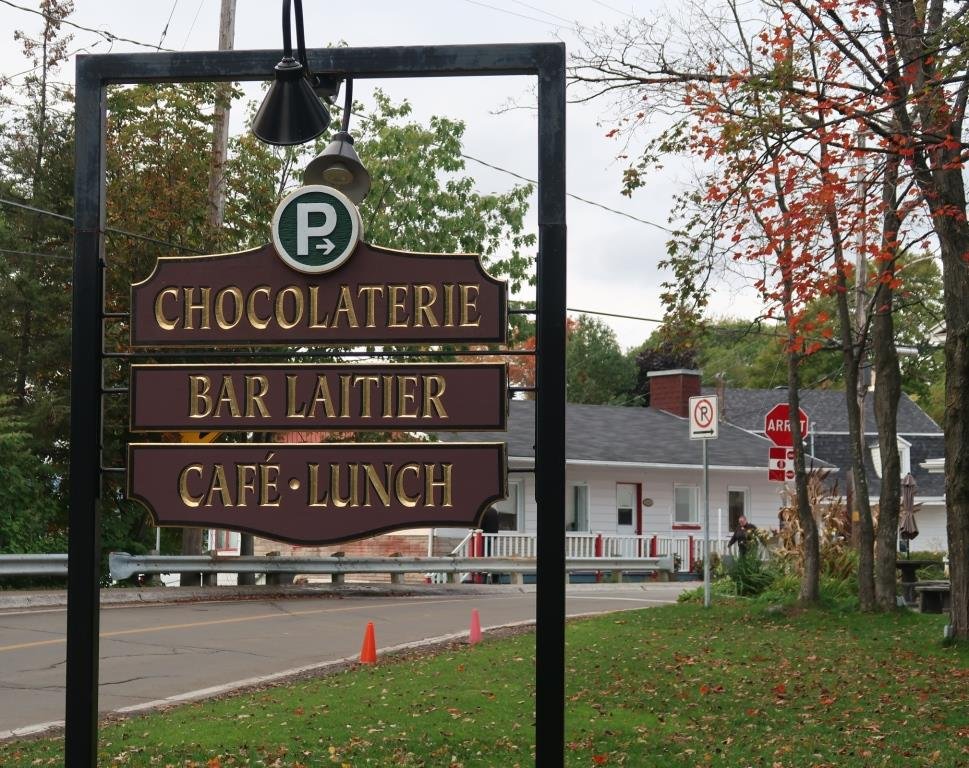 Many more purchases were made. Then it was on to the apple cider shop. 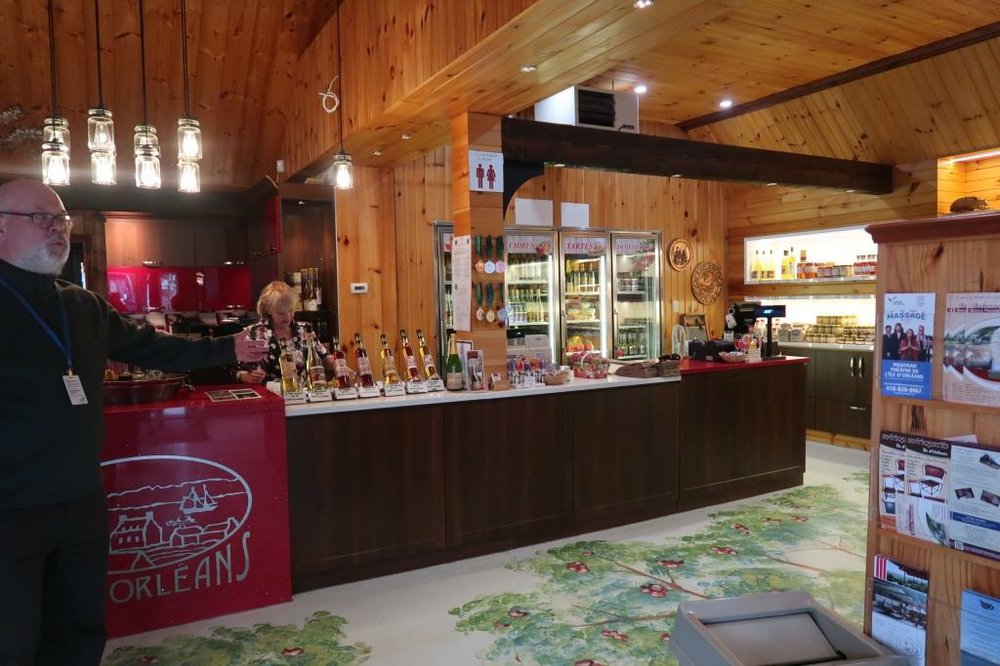 Once again, we sampled several products and more purchases were made.

We then headed to the Sugar Shack for dinner. 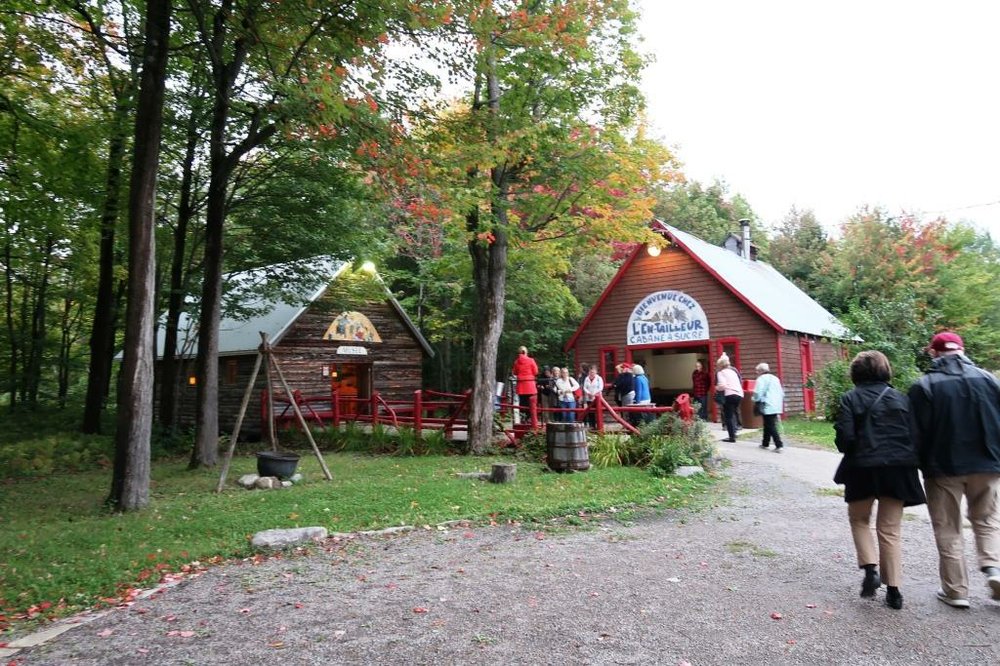 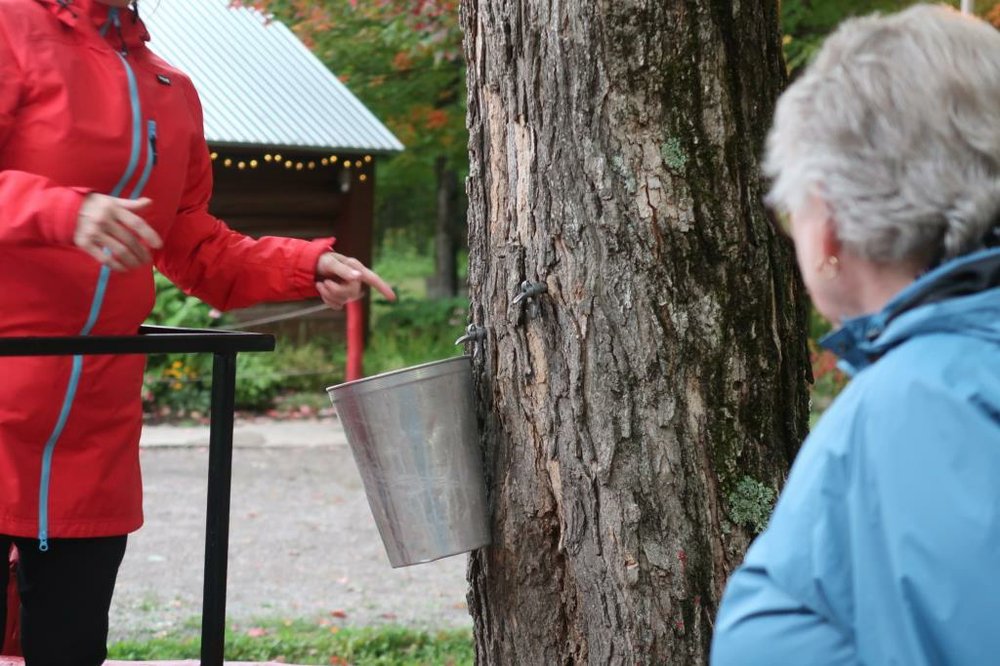 and told us how they make the various products. 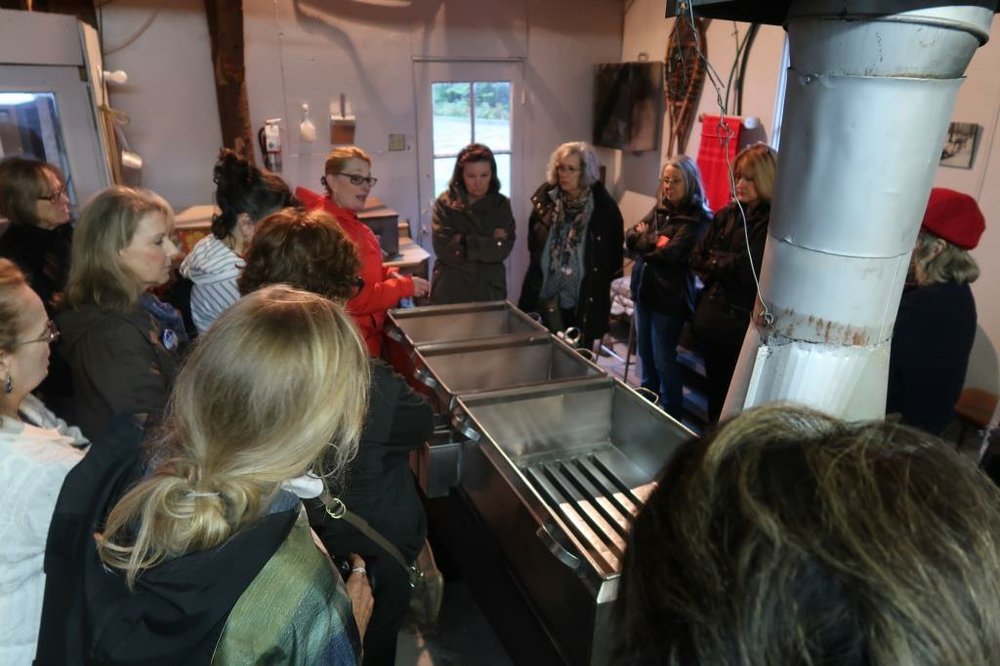 After a traditional dinner 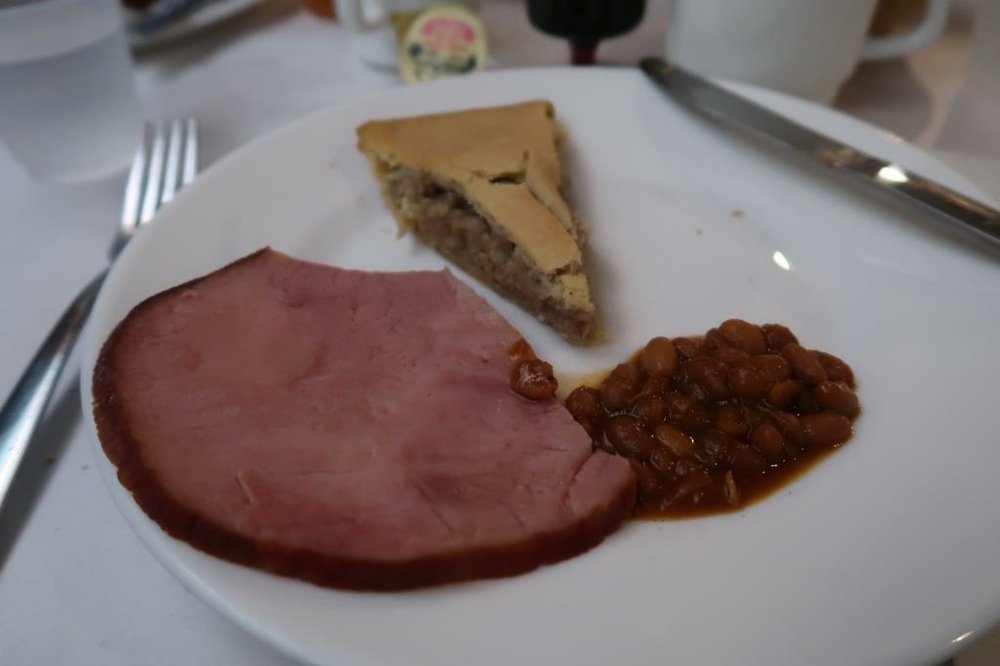 and entertainment (with Jodie 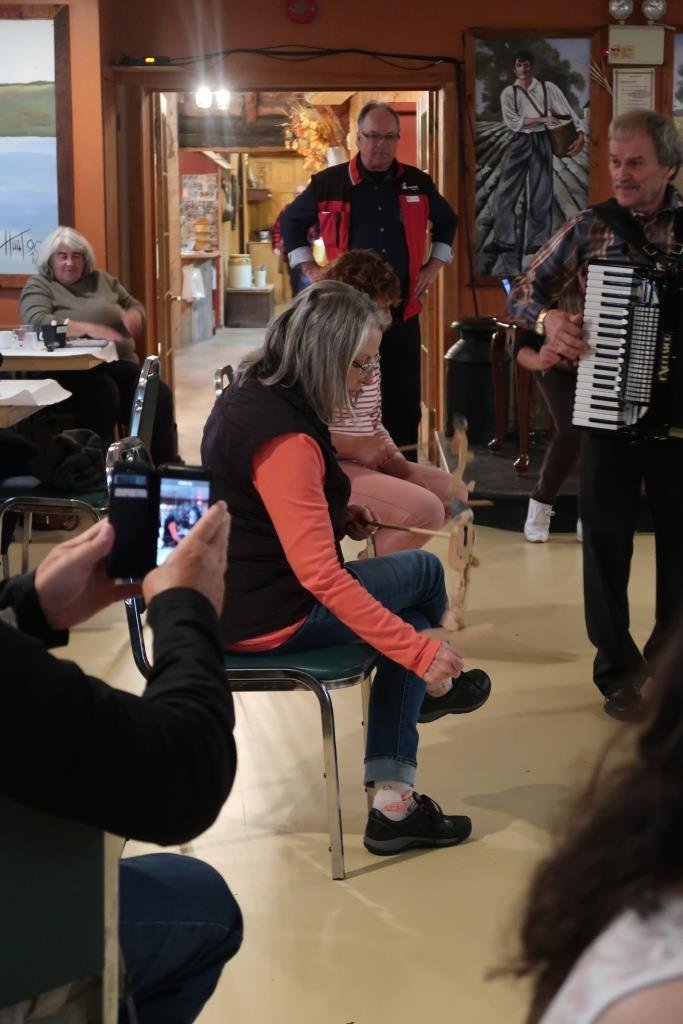 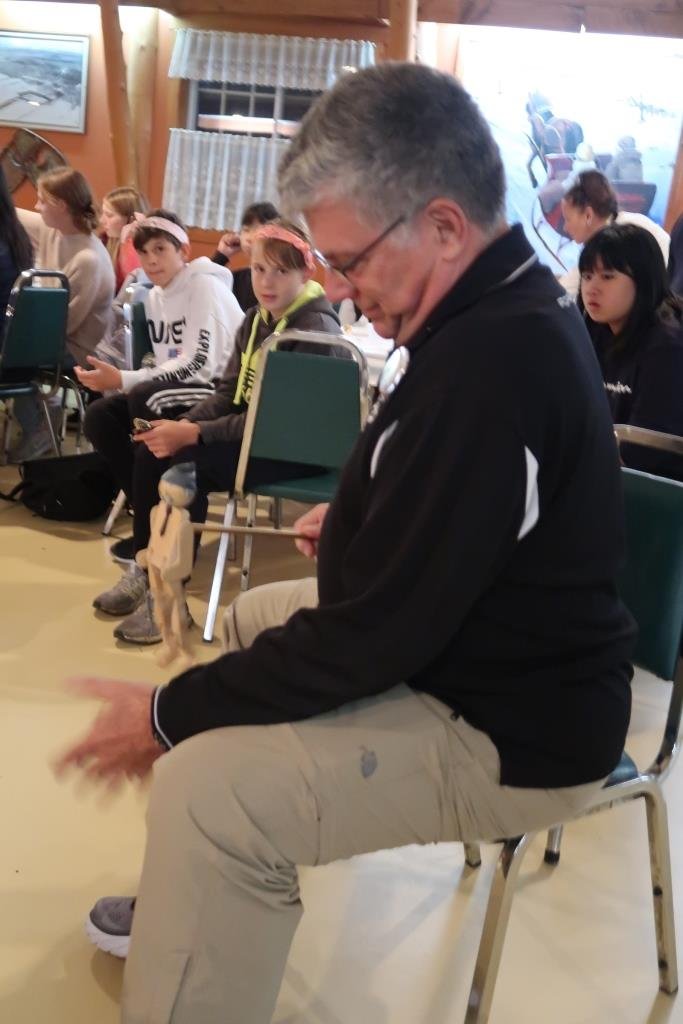 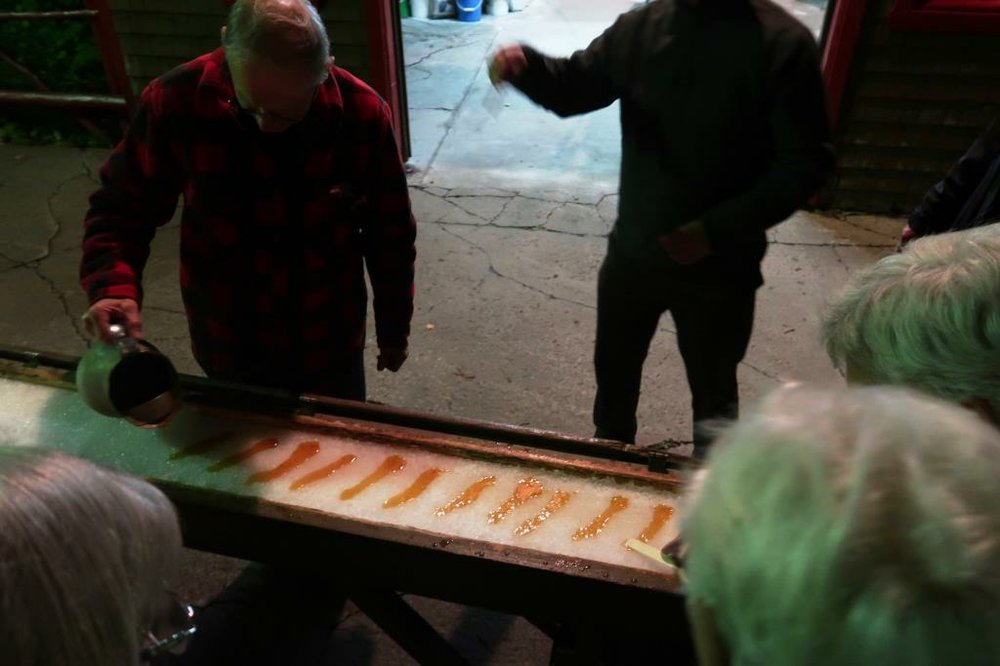 It was excellent; the best thing we ate that night. 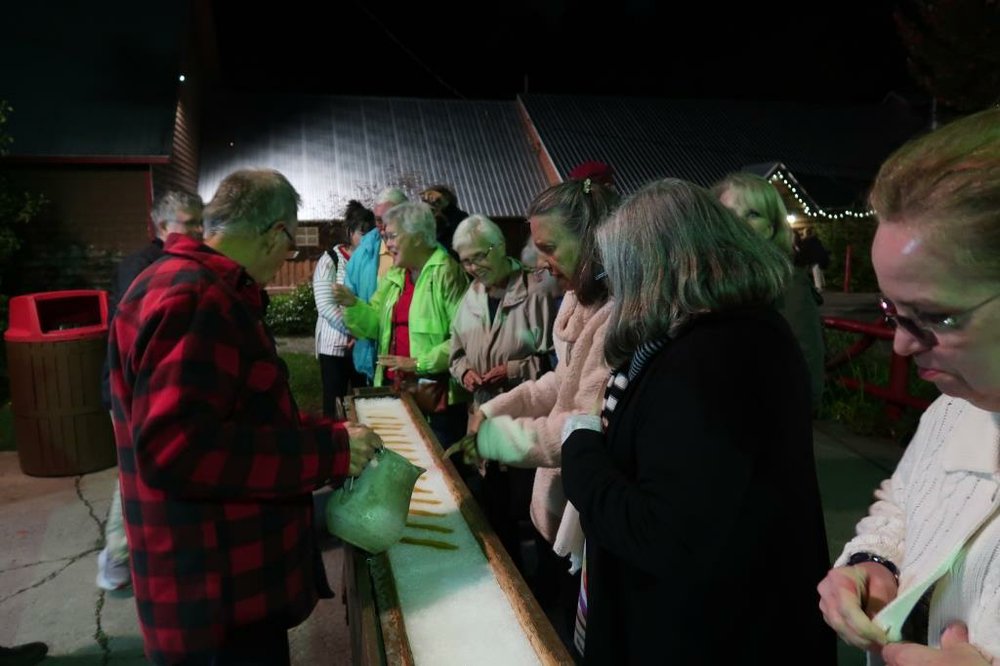 More maple syrup purchases accompanied us home. We then made our way to the bus. The temperature was 48 degrees, while Little Rock was at 88 degrees! It was a delightful day!

We got back to the hotel with enough time to pack our suitcases before heading to bed. Our suitcases weighed a lot more on the return flight than they did coming.