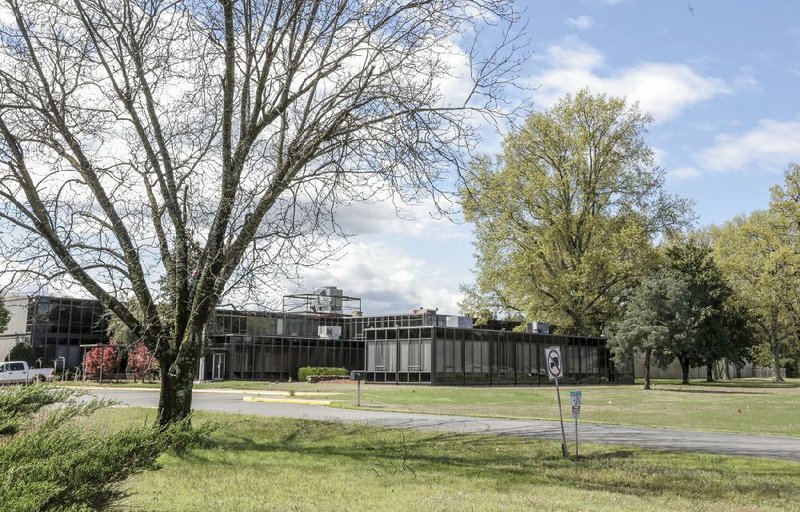 Amazon has signed a 10-year lease for the land and buildings at 12401 Interstate 30 to serve as the company’s second caentral Arkansas facility, sources said. (Arkansas Democrat-Gazette/John Sykes Jr.)

Amazon will open a new facility in an empty warehouse off Interstate 30 on the edge of southwest Little Rock, according to national real estate industry research company.

The multinational technology company based in Seattle signed a 10-year lease that begins today for the city-owned property at 12401 Interstate 30, which is an Alexander address, according to Catylist, the research company.

The property would be the second Amazon facility in central Arkansas. The company opened a facility in 2018 in North Little Rock. The tent-like structure is designed to distribute "last-mile" deliveries using Amazon vans owned by contractors to deliver packages for the online retailer.

Amazon just renewed its lease for that property, said Norman Clifton, the landowner.

"The information we're getting is they are using both facilities," Clifton said. "I hope we keep them here for a long, long time."

Clifton was the only person reached that was willing to discuss the project.

A spokeswoman for Amazon issued the following statement when asked about the site:

"We are constantly exploring new locations and weighing a variety of factors when deciding where to develop sites to best serve customers, however, we don't provide information on our future roadmap."

Little Rock city officials were also mum on the project.

"The City of Little Rock does not share details about pending economic development projects," a spokesman for the city, Lamor Williams, said in an email.

At 247,058 square feet, the facility on I-30 is too small to serve as an Amazon fulfillment center, the most common facility in the company's logistics network.

The warehouse footprint fits Amazon's sort centers or delivery stations, which are relatively new facilities used to sort deliveries from fulfillment centers by zip code, which logistics experts say can speed up the delivery process.

Amazon Logistics, which specializes in deliveries of customer orders, is seeking approval to take over a 438,309-square foot warehouse in Sturtevant, Wis., according to the Kenosha News, in Kenosha, Wis.

The sorting operation will require about 195 Amazon employees and 30 managers, according to documents submitted to Sturtevant officials and cited by the newspaper. The drivers deliver the packages directly to customers with about 205 delivery vans departing the station between 10 a.m. and 12:30 p.m. and return between 7:30 p.m. and 9:30 p.m.

The tenant identified in the Catylist document is Amazon.com Services LLC, which was incorporated in Arkansas on Jan. 34. Its organizer is listed as Michael D. Deal, vice president and associate general counsel for Amazon and based in Seattle, the company's headquarters.

The warehouse, built in 1961 and located on a 38-acre site near Vimy Ridge Road, was once home to Jacuzzi Brothers Inc., the pump manufacturer whose name is synonymous with the whirlpool baths and hot tubs it developed. Franklin Electric, another pump maker, also once housed operations in the facility.

Amazon's foray into Little Rock comes as it embarks on a hiring spree. Earlier this month, the company announced it would add 100,000 workers to cope with the rise in demand for online deliveries because of the coronavirus pandemic. Amazon also said it would temporarily raise minimum pay to $17 an hour. 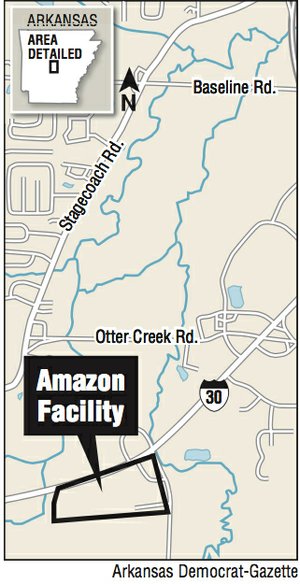 A map showing the planned location of an Amazon facility.