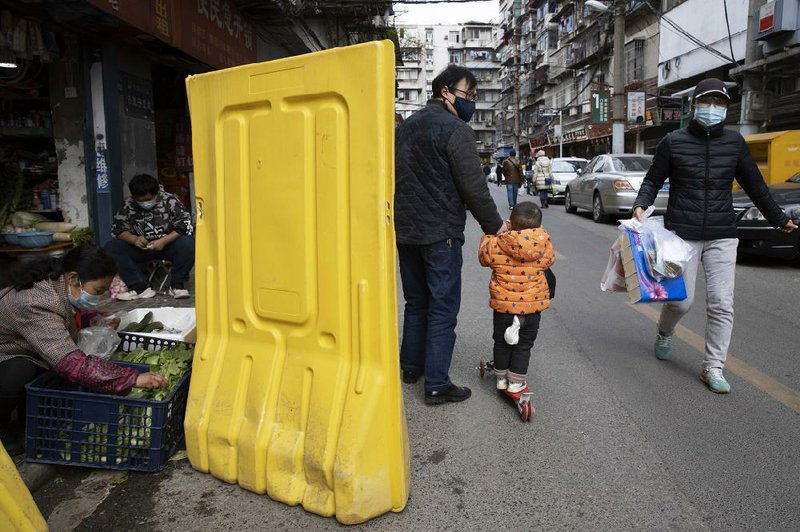 The victims were from a single family, according to Helmand police spokesman Zaman Hamdard. The family had just left the southern district to Greshk when the bomb detonated, Hamdard added. Two more family members were wounded, he said.

No one immediately claimed responsibility for the attack, but the Taliban and Islamic State are active in the province.

On Tuesday, the Taliban sent a three-member technical team to Kabul to monitor the release of Taliban prisoners as part of a peace deal signed by the insurgents and the U.S. at the end of February. That deal calls for the Afghan government to release 5,000 Taliban prisoners and for the Taliban to free 1,000 government personnel and Afghan troops they hold captive. The deal is supposed to be followed by intra-Afghan peace talks that would include the Taliban.

Kabul said Wednesday that discussions between the government and the Taliban's technical team would continue under the observation of the International Committee of the Red Cross, though it was not known when the prisoner release process would start.

BRUSSELS -- NATO Secretary-General Jens Stoltenberg said Wednesday that the organization's security capabilities have not been diminished by the coronavirus, amid suspicion that Russia might try to use the effects of disease to probe the military alliance's defenses.

NATO acknowledges that cases of the disease have surfaced among personnel deployed near Russia's border as well as in the organization's training operation in Afghanistan. War games have been scaled down, and the coronavirus has forced the 30-country alliance to cut staffing and meetings at its Brussels headquarters.

Russia, meanwhile, has been conducting drills that its Defense Ministry says are aimed at checking troop readiness to deal with any contagion. Britain's navy said last week that its vessels had been shadowing Russian warships "after unusually high levels of activity in the English Channel and North Sea."

"We have made some adjustments to exercises. We have canceled some exercises, we have adjusted other exercises, but that doesn't undermine our operational readiness," Stoltenberg said.

Stoltenberg's remarks came on the eve of a meeting of NATO foreign ministers, to be held by secure videoconference for the first time in the organization's 70-year history. The effects of the coronavirus will dominate discussion.

KAMPALA, Uganda -- A gay-rights leader in Uganda said 20 members of the local LGBT community have been detained after police raided their shelter and accused them of violating coronavirus-related social-distancing measures.

"It is evident that they were arrested because of their homosexuality," Frank Mugisha said Wednesday, expressing concern for their safety as "some of them are on AIDS medication." Gay sex is criminalized in Uganda.

Mugisha said the 20 were among 23 people accused of violating the president's orders during a police raid Sunday. Three were freed because of ill health, he said.

Mugisha said the house in Kyengera, a town near Kampala, is a known shelter for LGBT people seeking community as well as treatment for AIDS. He said the house has previously been targeted by the police.

A police spokesman did not immediately respond to requests for comment.

Ugandan police are enforcing measures imposed by President Yoweri Museveni as part of efforts to stop local transmission of the coronavirus. The East African nation has reported 44 cases, most of them involving people who had traveled outside the country.

RIO DE JANEIRO -- A member of the Brazilian indigenous group known for its forest guardians who fight illegal deforestation in their territory was killed Tuesday, marking the fifth slaying of a Guajajara tribesman since November.

The body of Zezico Guajajara, a teacher who had repeatedly denounced illegal logging, was found shot on a road near his village in Maranhao state, the state's human-rights secretary said on social media accounts. The Guajajara live within the Arariboia Indigenous Territory.

"We lost another warrior, a great leader of the Guajajara people," Sonia Guajajara, a tribal member and executive coordinator of the Association of the Indigenous Peoples of Brazil, said in a statement.

The federal government's indigenous affairs agency, Funai, said it had alerted Brazil's federal police and Maranhao's public security secretariat and added that it was willing to collaborate with investigations into the indigenous leader's death. 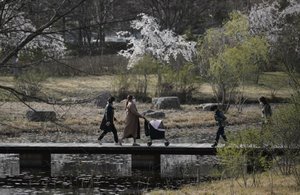