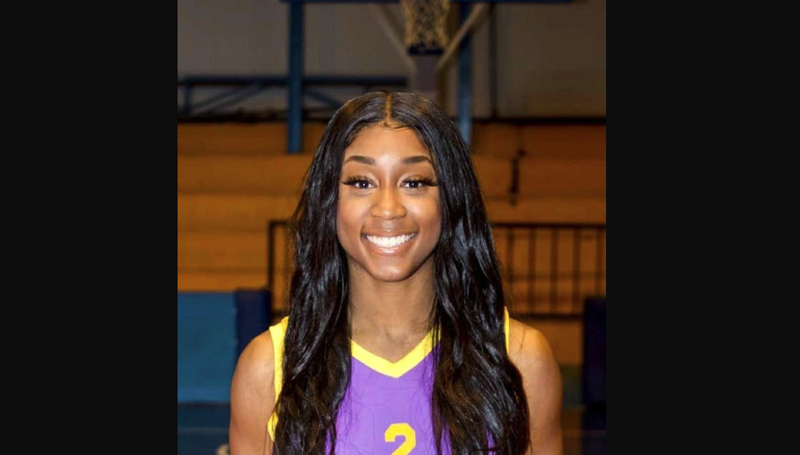 More than 5,700 miles separate Grambling, La., from Kraljevo, Serbia, but it's going to take more than just distance to throw Shakyla Hill off her game.

The Little Rock native and former collegiate All-American took a route once considered unconventional to jump start her professional basketball career after not being selected in last year's WNBA Draft. But the 5-7, cat-quick point guard had a knack for making the uncommon look common during her illustrious career at Grambling State. Hill moved on and didn't skip a beat during a rookie season on the Balkan Peninsula that ended prematurely because of the coronavirus pandemic.

Hill at a glance

NOTEWORTHY Averaged a team-high 13.3 points this past season in the First Women’s Basketball League of Serbia. Her 6.3 assists per game were second in the league. … Has an older brother, Raheem Appleby, who also plays professionally in Europe. … Graduated from Grambling State in 2019 as the record holder in assists with 623. She’s also the No. 3 scorer in school history with 2,073 points and ranks second on the Lady Tigers’ all-time list in rebounds (934). … Holds the Southwestern Athletic Conference record for careers steals with 493 … Named all-state as a senior at Little Rock Hall. Her quadruple-double of 21 points, 16 rebounds, 13 assists and 10 steals against the University of Arkansas at Pine Bluff on Feb. 2, 2019, was the second of her career. The feat has never been done in NCAA Division I history.

"But it was kind of like a culture shock for me the whole time."

After making a name for herself by averaging more than five steals per game at Hall, Hill broke school and Southwestern Athletic Conference records throughout her four years at Grambling State. She led the league in scoring, assists and steals as a senior en route to capturing both player of the year and defensive player of the year honors. Hill also turned heads nationally when she became the first player in NCAA Division I history -- men or women -- to record two career quadruple-doubles, which earned praise from NBA all-stars LeBron James and James Harden.

But for Hill, her overseas surprise was somewhat expected after she signed a one-year deal in September with ZKK Kraljevo, which plays in both the First Women's Basketball League of Serbia and the WABA League. However, things didn't become a reality for Hill until she touched down on foreign soil.

Minorities make up less than 1% of the population in Kraljevo, the fifth largest city in the southeastern European country. That particular demographic was a stark contrast to what Hill was used to seeing.

"Being from Little Rock, graduating from Hall, then going to an HBCU where probably 95% of the students were black ... it was like going into another world," Hill said with a laugh. "The language barrier, the people, it was kind of hard for me at first. It took me a little while to get settled in.

"But my teammates were so nice and helpful for me."

Hill said her adjustment was made easier because all of her teammates spoke English. That, in turn, was pivotal because her coach, Dejan Kovacevic, only spoke Serbian.

"He knew basketball terminology, like rebounds, free throws, things like that," Hill said. "It was like the scene in the movie Love and Basketball where the coach is just talking and then at the end, the girls are all like, 'what did he say'. That's kind of how it was."

There was also a trace of friction early on between Hill and Kovacevic that momentarily forced her to change her style of play. According to Hill, the coach wanted her to be more of a passing point guard instead of a scoring point guard. Hill, who'd seen an American teammate get sent home earlier in the season, abided by her coach's wishes, but that adjustment didn't set well with the team's owner.

"There was a game where I ended up passing a lot, and the owner ended up coming to me," Hill explained. "He was basically telling me like, 'this is not what I paid you to come here and do.' He said, 'I know what you can do, and so you need to do what I'm paying you to do.' Initially, I was just doing what I could do instead of what I was used to doing."

Once Hill returned to her usual style, her comfort level increased, which led to dominating performances by her team. Hill racked up a quadruple-double with a 15-point, 10-rebound, 10-assist and 10-steal effort on Jan. 26, against KZK Partizan. ZKK Kraljevo eventually finished 17-1 in the league and won its first Milan Ciga Vasojevic Cup championship. Hill averaged 13.3 points, 8.1 rebounds, 6.3 assists and 5.6 assists per game. In WABA play, the team went 11-7, with Hill averaging 14.3 points, 6.3 rebounds, 6.1 assists and 4.1 steals.

"Winning the cup was great, it really was," Hill noted. "It was a big deal for the town because they weren't really use to winning much. Everyone got involved, and the crowds were big, but once the coronavirus started happening, things changed.

"We played in the Cup championship without a crowd, and that was different. Then, we didn't get a chance to play in the playoffs because it was postponed almost as soon as we won the Cup."

Every step Hill has taken since leaving Grambling State has been strategic, with the hope that it'll lead her to the WNBA. She wants to make the most out of every opportunity she gets to bolster her chances of reaching that level so not playing in the playoffs was a shot to the gut.

"I was sad for a little while," she said. "I'm still trying to get to the league so I'm like, if we're playing, we're winning and I'm doing what I'm doing, it'll help me out. But it's been put on hold now. They said it's postponed, but I'm pretty sure it's cancelled."

Hill, who returned home to Little Rock shortly after play was stopped in Serbia, has tried to stay sharp, but even that's been a chore. Because of coronavirus concerns, many gyms are closed, and social distancing guidelines have been extended throughout the remainder of April.

"I have nowhere to work out as far as gyms go," she said. "All the schools are closed, too, so I'm trying to find somewhere to work out. Of course, I have to make sure it's legal while I'm out there, and that I'm not breaking any rules or anything to get the workouts I need.

"So I'm pretty much just doing the little things to stay in shape."

Still, Hill is determined to remain on her game. She's hoping she'll get a call from a WNBA team in the near future, preferably Friday when the league's draft takes place. If she doesn't get that call this year, Hill won't fret.

"I wish I knew the answer as to why I haven't got a shot at the WNBA," she said. "I've tried to look at it every which way, but I have no idea. Prayerfully, it'll come, but if he doesn't happen for me this year, I'll go back overseas. That was always in my plan.

"But I know God's got a plan for me. I've always said I have three years of this if I don't hit the league. Just gotta stay on my game."