Rapper Kanye West beats clock to get on Arkansas ballot 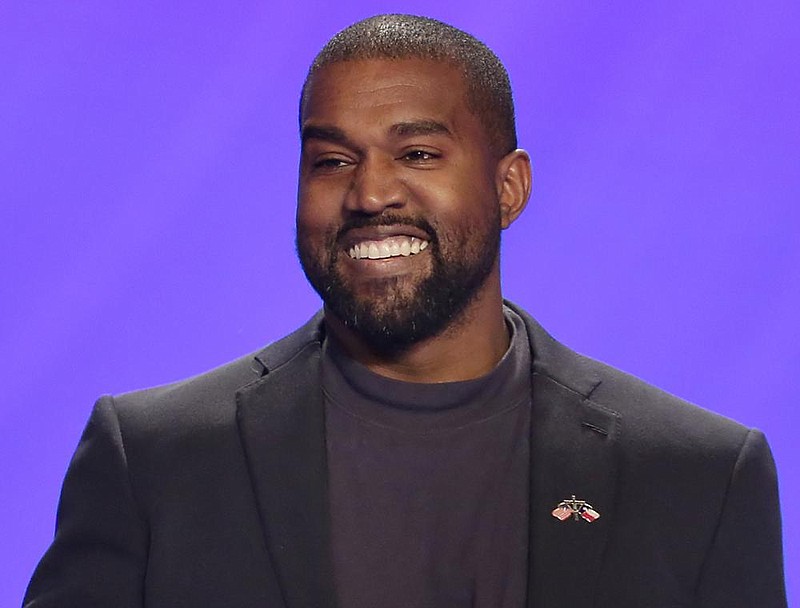 Rapper Kanye West of Cody, Wyo., filed papers with the Arkansas secretary of state's office on Monday to run as an independent candidate for president on Arkansas' ballot in the Nov. 3 general election.

Michelle Tidball of Cody, Wyo., would join him on the ticket as a candidate for vice president.

In Arkansas, independent candidates for president and vice president are required to file a petition with 1,000 valid signatures from qualified Arkansas registered voters under state law, said Chris Powell, a spokesman for Republican Secretary of State John Thurston.

"We have 10 days to verify the signatures (August 13)," Powell said in a written statement. "All candidates will be certified to the ballot on August 20."

Neither Keller nor Tidball could be reached for comment by telephone on Monday afternoon.

West has qualified for the ballot as an independent presidential candidate in Oklahoma, according to The Associated Press.

Three others who want to run as independent candidates for president on Arkansas' general election ballot also filed papers in the past several days.

Claudeliah Rose of Kingwood, Texas, would join Simmons on her ticket as a candidate for vice president.

Neither Pierce nor De La Fuente listed a vice presidential candidate on their paperwork.

De La Fuente listed an affiliation with the Alliance Party on his papers filed with the secretary of state's office.