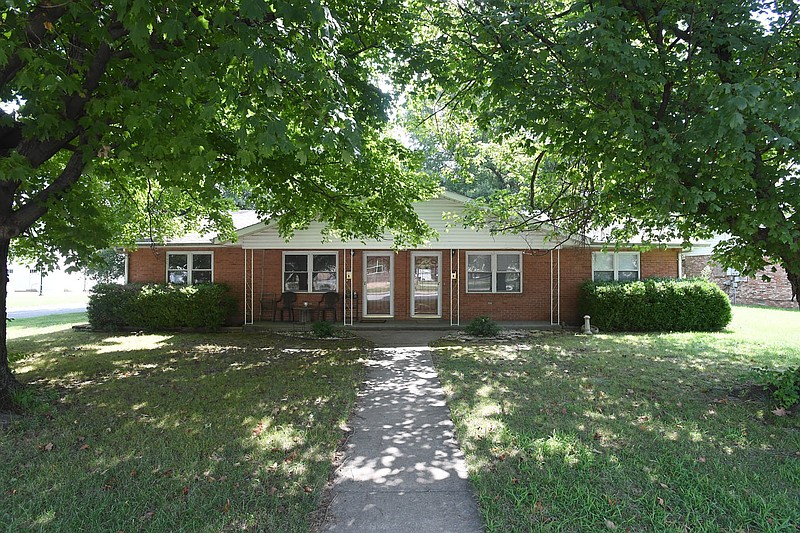 SPRINGDALE -- An older duplex in downtown will become part of the Shiloh Museum for Ozarks History, thanks to the Tyson Family Foundation.

Allyn Lord, director of the museum, said museum staff was unsure about the future use of the duplex. "We're thrilled to have it," she said. "It's just a little ahead of schedule."

Lord was referring to a 20-year plan by the Shiloh Museum board.

The long-term goal is to expand the museum to include the entire block from West Johnson Street to West Huntsville Avenue and North Main Street to Spring Creek, Lord said. The museum's exhibit hall, offices and historic structures are spread along the south side of that block.

The museum also owns the restored Shiloh Meeting Hall on the northeast corner of the parcel.

Lord said the museum eventually would like to buy the remaining two houses on the block. The staff will prepare proposals for the acquisitions in the museum's plan.

Both duplexes were owned by Carol Kendrick, who offered to sell them to the museum. "She said she wants to get out of the landlord business," Lord said.

The Tyson Foundation expressed interest in helping the museum about the time of the first duplex acquisition, Lord said.

"Springdale is the hometown," said Jordan Garner of the foundation. "The Tyson family is from Springdale. We heard them starting to plan, and we want to get behind them."

"We didn't think this opportunity would come up so soon," Lord said of the first duplex. "We weren't expecting to buy property until after the master plan was done."

"How do we turn it down?" asked Councilman Jeff Watson.

"We turned the master bathroom into a darkroom," Lord said.

The garages of the original duplex now house the exhibit shop, where staff physically builds the exhibits. Springdale Municipal airport previously housed the shop. The shop returned to the museum when the space became available and the roof blew off the airport space.

As with so many other organizations and businesses, museum staff turned to the online world for its programming. A summer history camp usually accommodating 20 children, attracted 103 campers from all over Arkansas and three other states, Lord said.

Although the museum is closed as a part of the pandemic, the museum also offers online attendance to its workshops, field trips and even the 42nd Ozark Quilt Fair on Sept. 12.