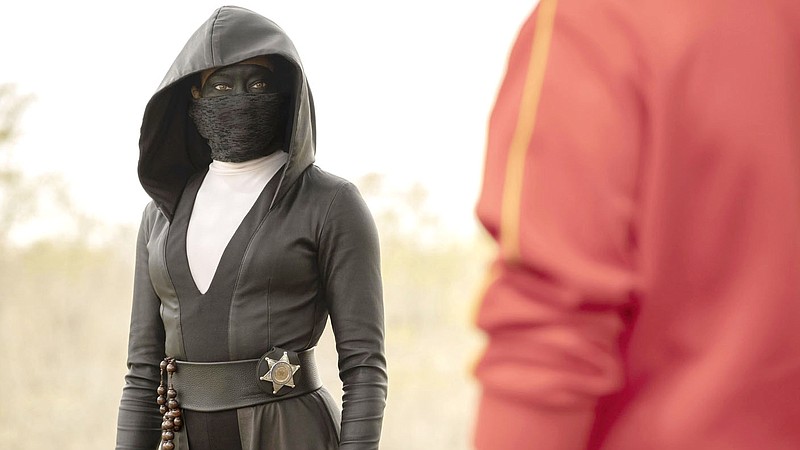 On July 31, Netflix released the second season of its hit show "The Umbrella Academy." The quirky dramedy following a dysfunctional family of super-powered siblings garnered more 45 million views in its debut last year. This second outing is on track to match it, currently holding an 89% rating on RottenTomatoes.com, an even higher rating than Season 1.

"The Umbrella Academy" is based on a comic book by My Chemical Romance frontman Gerard Way. If the show has whet your appetite for offbeat stories, here are 10 other series with graphic novels as their inspiration.

HBO's dramatic series is a sequel to Alan Moore and Dave Gibbons' groundbreaking book (and not to the 2009 film adaptation). While the graphic novel deconstructed the idea of superheroes and questioned the society that would want them, the TV turns these themes into a racially charged narrative about cops in masks battling white supremacists. The miniseries has been nominated for 20 Emmy Awards, including for cast members Regina King, Yahya Abdul-Mateen II, Jeremy Irons and more.

Fox took some serious liberties when they adapted Mike Carey's comic about the Prince of Darkness for television. The original book sees Satan having left hell and contending with characters from a variety of mythologies as he seeks to make a new universe in a treatise on the nature of free will. The show has British actor Tom Ellis play him as a charming rogue who helps a Los Angeles police detective solve crimes. The show has jumped from Fox to Netflix.

This series began life on the DC Universe app but has since made the jump to HBO Max. The show pulls heavily from the run of limit-pushing writer Grant Morrison, such as including Danny the Street, a sentient, transvestite stretch of roadway. Like "Umbrella Academy," the story concerns a band of misfit heroes brought together by a mysterious father figure.

Garth Ennis and Steve Dillon's violent tour of '90s America was translated into three seasons of television for AMC. The story concerns Jesse Custer, a doubting preacher receiving a spiritual being and the power to command others with only his voice. Teaming up with a ne'er-do-well Irish vampire and a former flame turned hitwoman, Jesse sets out to find God, more literally than most people.

Actress Charlie Covell wrote the adaptation for Charles Forsman's comics about a boy who thinks he might be a burgeoning psychopath and the girl who uses him to escape a rough home. Netflix picked up the British show, which ran for two seasons and earned a Peabody Award. Prepare for heavy doses of pathos and laughter in nearly equal shares.

The CW managed to get five seasons out of the bizarre comic by Chris Roberson about a zombie girl who learns the thoughts of people whose brains she eats. The show sees medical resident Liv Moore working in a morgue and using her power to solve the mysteries behind some of the bodies that come in.

The first season of this family mystery premiered on Netflix in February to heavy buzz. Adapted from the comic by Joe Hill and Gabriel Rodriguez, the story follows a family starting over in the childhood home of their murdered father, where the children discover a set of magical keys that unlock fantastical places.

In this Syfy series based on Beau Smith's comic book, the descendent of legendary lawman Wyatt Earp finds her calling in sending the resurrected souls of bad guys to hell. Combining Western and horror tropes, the show has earned a reputation as a hoopin' and hollerin' good time.

Syfy produced both seasons of this vehicle for character actor Christopher Meloni. Based on Grant Morrison's profane and hilarious comic miniseries, the show offers a twisted take on the classic rogue cop antihero narrative, with Meloni's misanthropic Nick Sax teaming up with his daughter's imaginary friend, the winged blue unicorn Happy (voiced by Patton Oswalt).

In Garth Ennis' nihilistic take on the military-industrial complex, superheroes are simple-minded brutes with destructive impulses and appetites, and whose images are waved for corporate propaganda while their collateral damage is swept under the rug. The show, coming back to Amazon Prime for its second season Sept. 4, features Karl Urban as Butcher, the man trying to keep the heroes in check, and Antony Starr, in a star-making turn as the morally ambiguous "Homelander."