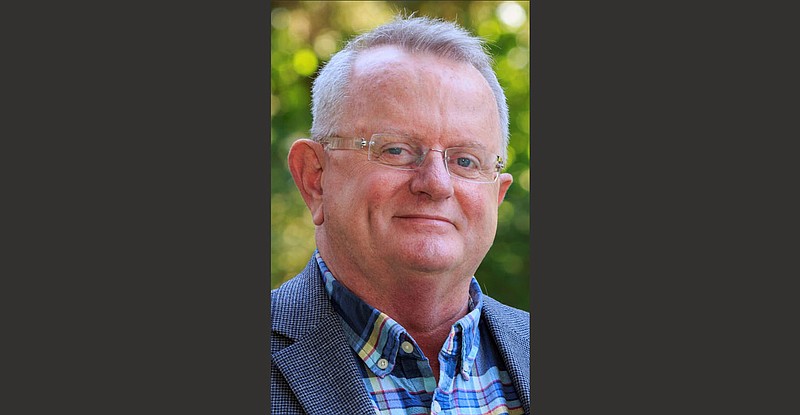 Richard Burrows, superintendent and CEO of the Arkansas Arts Academy

ROGERS -- A former dancer and choreographer with a history in arts education will be the Arkansas Arts Academy's next superintendent and chief executive officer.

Richard Burrows, who most recently worked as director of community outreach and engagement with The Historic Trust in Vancouver, Wash., will start Sept. 14 as the school's top administrator. The Arts Academy's School Board approved a contract for Burrows by a 5-1 vote on Aug. 18.

"We couldn't be more delighted and thrilled for Mr. Burrows to lead us in our unique venture and adventure," said Tony Beardsley, the School Board president, in a statement released by the school. "He was selected from many well-qualified, national candidates in a rigorous review process with the assistance of a national search firm."

That firm was Arts Consulting Group, a Boston-based organization. The Walton Family Foundation provided a $50,000 grant for the search, of which $35,000 went to the firm; leftover money may be used to cover Burrows' moving expenses, according to Beardsley.

Burrows, 67, replaces Mary Ley, who retired this summer after six years leading the school. He will earn $120,000 in his first year, which is what Ley had been earning before she left, according to Beardsley.

Arkansas Arts Academy is a K-12 charter school with campuses on South 12th Street and West Poplar Street. The school's mission is to provide a rigorous academic program with a purposeful integration of the arts, according to its website.

Enrollment this year is at an all-time high of 1,217 students, according to Aaron Jones, interim chief executive officer. The school's enrollment cap is 1,225.

Burrows was for 20 years a dancer and choreographer who toured the world performing and teaching. In 1976, he was one of 50 cultural ambassadors sent by the U.S. State Department in a five-week stage tour across the Soviet Union during the height of the Cold War, according to a school news release.

From 1989 to 2000, Burrows was executive director and board president of the Institute for Arts Education in San Diego. He then became director of arts education for the Los Angeles Unified School District, where he designed, developed and implemented a 10-year plan to reinstate dance, music, theater, visual arts and media arts for all 751,000 students. He grew an arts-specific budget from $6.7 million to $80 million during his nine years in the position, according to Burrows' resume.

He's served in numerous other roles throughout his career, including associate professor of dance at Ohio State University from 1982 to 1988.

Burrows spent more than four years with The Historic Trust. He was laid off from the position this summer because of the covid-19 pandemic's financial impact on the organization, said David Pearson, chief executive officer of trust.

"He was doing a great job," Pearson said. "He has a natural ability to build partnerships in the community. That was his role here."

Burrows is a member of the Board of Directors of Vancouver's Downtown Association as well as Vancouver's Public Art Committee and its Lodging Tax Grant Commission.

He earned a bachelor of fine arts degree in modern dance and choreography from the University of Utah in 1974.

Arkansas Arts Academy is one of the state’s oldest open-enrollment charter schools. It opened in 2001 as Benton County School of the Arts in Rogers before changing its name in 2014. It serves grades K-12.