'Outspoken' activist: Retired judge Olly Neal Jr.’s life — told in his book — has been a struggle for civil rights and equality starting in Jim Crow-era Arkansas 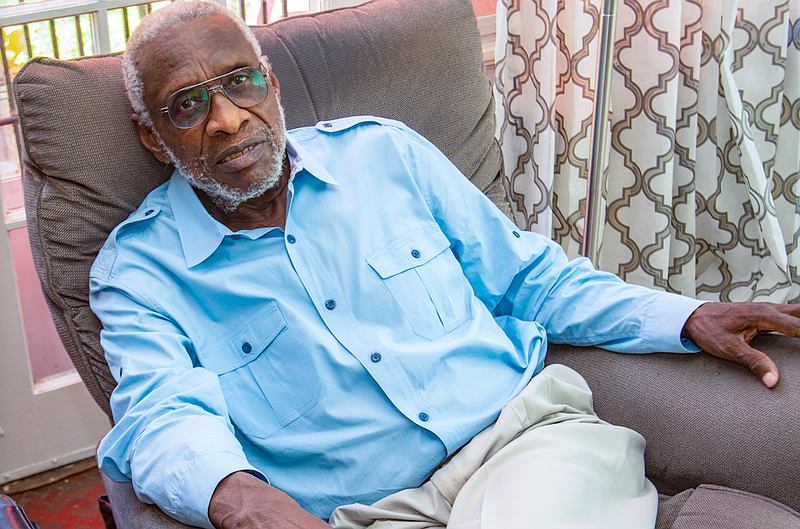 Olly Neal Jr. is not quiet.

It is a bright, sunny morning earlier this month and Neal is at the Little Rock home he shares with his wife, Karen Buchanan. Seated in a chair in front of a tall window in the living room, the 79-year-old former appellate court judge speaks -- loudly, rapidly, profanely, hilariously, seriously and from a proper physical distance -- about his life and his book, "Outspoken: The Olly Neal Story," which is published by Butler Center Books.

It is a riveting read for anyone interested in the Delta, race, civil rights, voting rights, Arkansas politics and the fiercely independent, straight-talking Neal, who historian, lawyer and fellow Lee County native Grif Stockley once called a "black devil incarnate to many of Marianna's whites."

"I went into this book for two reasons," Neal says. "One -- which is respectable and what the world likes to hear -- is that I thought I could say something for someone who was struggling and trying to survive in this world, who was trying not to be limited and was demanding to be equal. I hoped that they could pick up an idea or two.

"But the big reason is that I needed it for therapy. I had to look at my life, man."

In "Outspoken" -- which is credited as By Olly Neal Jr. As Told to Jan Wrede -- Neal recounts his life growing up in the Lee County community of New Hope and later in the county seat of Marianna. He was one of six siblings and seven step-siblings. His father, Ollie, was a farmer; his mother, Willie B., a teacher.

Neal got his first taste of civil rights activism when he was arrested for participating in a sit-in as a college freshman in Memphis. He worked as a postman in Chicago, was drafted into the Army and served in Vietnam from 1964-65. In 1970 he became the first director of the Lee County Cooperative Clinic.

Neal details the backlash from some white people over the clinic. He also writes about the 1971 boycott by Black citizens of white businesses in Marianna and the boycott by Black students of schools in Marianna. There are also sketchy elections and threats of violence. In one particularly vivid scene, he describes going to work at the clinic with his briefcase in one hand and a shotgun in the other.

And then there is Neal's law career, in which he became the first Black district prosecuting attorney in Arkansas, followed by his years on the bench, first as a First Judicial District Circuit Court judge and then on the state's Court of Appeals. He dishes on cases, the pressures of being a Black prosecutor in the Delta and a sundry cast of Arkansas characters and frenemies he battled in and out of court.

He is also disarmingly forthcoming about his own failings, adding even more depth to the book, which reads almost conversationally, stripped of any ornamentation. 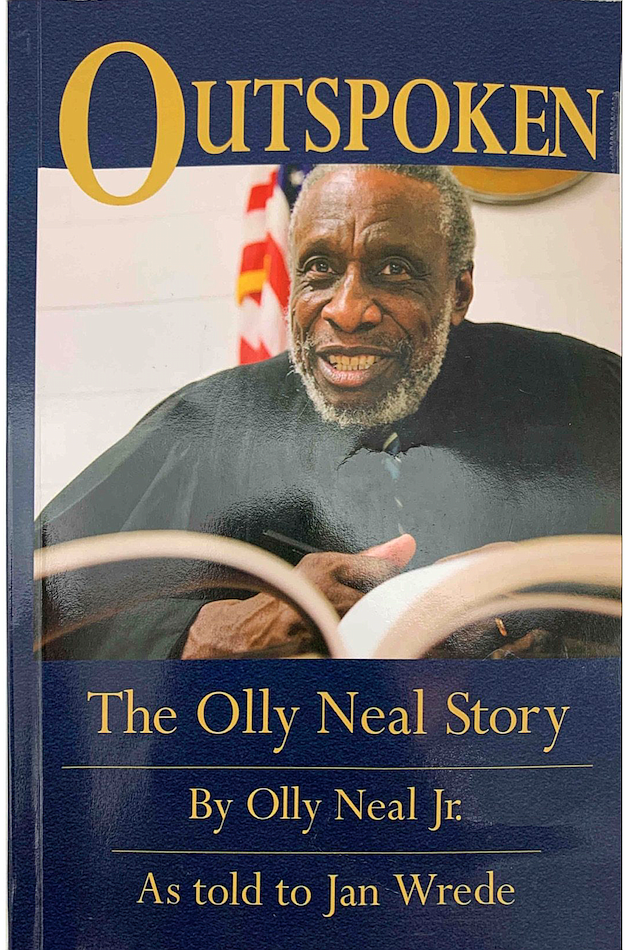 Neal first began trying to write about his life about seven years ago, but it wasn't until his old friend Wrede connected with him that a book began to take shape.

Wrede was a 24-year-old high school science teacher from Illinois when she came to Arkansas in 1969 as a volunteer with VISTA (Volunteers in Service to America), a program that was started during President Lyndon B. Johnson's administration to combat poverty.

That year, she and Corrine Cass, a licensed practical nurse, initiated a plan for the Lee County Clinic as a cooperative that would provide health services to poor residents in one of the state's most impoverished areas. They were soon joined by Dr. Dan Blumenthal of VISTA and were overseen by a board made up of Lee County citizens from five community action councils.

Neal was living in Memphis when he returned home to Marianna in 1970 to lead the clinic.

"You never know when a small decision is going to change the rest of your life," he writes of the impact the choice made on him.

Some white people in the community saw the VISTA volunteers as outside agitators who were disrupting the status quo.

"It was health care," Neal exclaims in the book. "How could health care be a problem to anyone? But the white community did not see it that way. They were threatened."

Though there was a Black majority in Lee County, they "didn't have any authority over anything," Neal says. "We had no influence over the schools, the city or the county or anything else ... we had a right to demand full equality."

"You have to understand, it was very intense," Wrede says of their time together at the clinic, which was only about six months before she left Arkansas and returned to teaching. "The group was highly cohesive and we trusted each other. There was an awful lot of flack coming at us ... We were outside of the system, and the system required us to treat Black people as lesser. We were not of that system."

She remembers her first meeting with Neal when he was a candidate for the clinic director's job.

"When he walks into a room, you know he's there," she says. "It was like, this person is different. He's not afraid."

Wrede, who lives in Boerne, Texas, wanted to write a book about the early days of the clinic and she reached out to Neal in 2016.

"We made a tentative plan to talk for an hour once a week on Tuesday mornings," she writes in the book's preface. "After only a month of our process, I realized that the bigger story was the life of this complicated, locally popular yet little known civil rights activist."

Neal, who has a degree in chemistry from LeMoyne-Owen College in Memphis, was battling with rheumatoid arthritis and bouts of depression and paranoia. He saw his weekly chats with Wrede about his life and times as therapeutic, a chance to unpack his thoughts and examine himself.

"I'll bet we did not miss two Tuesdays in all that time," he says. "That was really my therapy ... I looked forward to every Tuesday with mixed emotions. I thought, 'Why am I telling this woman about my g d* business, you know?' But I made the decision to talk to somebody. People my age think they are strong and ought to be able to overcome these things with our power of thinking, but they can't."

Wrede recorded their calls and transcribed them, using Neal's words to tell his story. She did additional research and the book includes comments from, among others, Pulaski County Circuit Judge Wendell Griffen, Lee County Sheriff Ocie Banks, Associate Justice Josephine Hart of the Arkansas Supreme Court and Neal's adult children, Nic and Karama.

"Jan was an excellent person to do this," Neal says, "She really did understand my approach. She understood that I had to do my business my way."

"It's a really important story," Wrede says of the book. "It can help people understand the difference between a white and a Black experience of life ... and [I hope] it informs and inspires people to be active in promoting the rights of others." 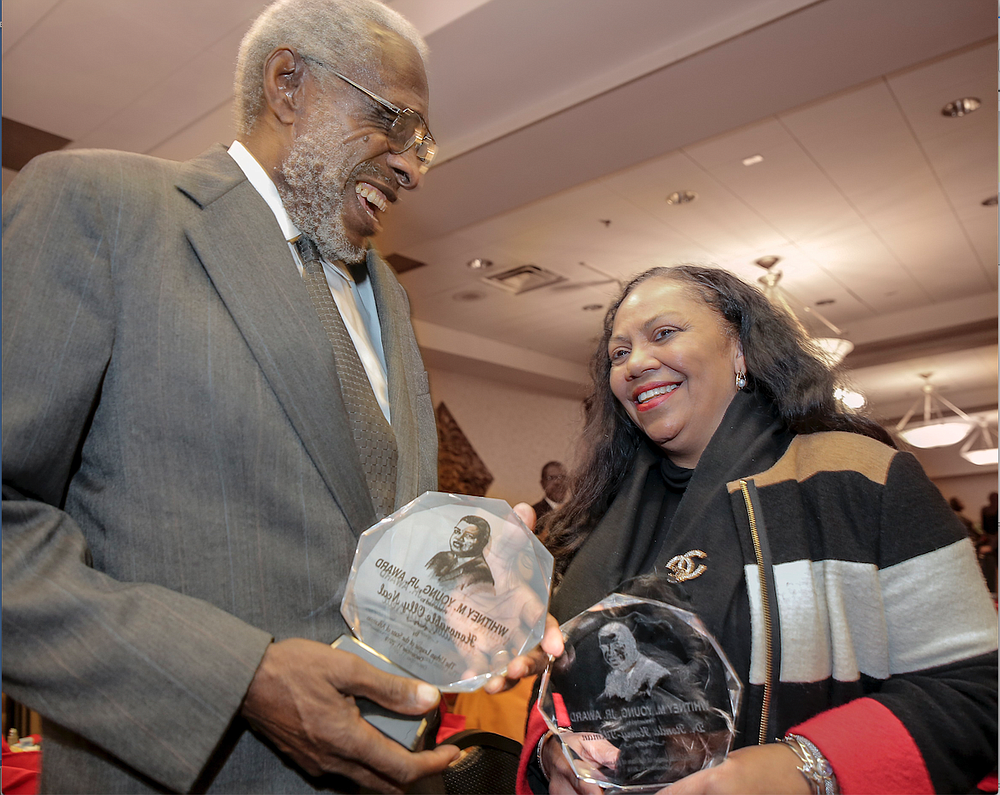 Neal left the clinic in 1978. He had been attending night classes and earned his law degree in 1979 from what is now the University of Arkansas at Little Rock William H. Bowen School of Law.

The clinic was in a new, brick building and Neal, feeling it now had a sense of permanence, was ready to move on. There was also the freedom that came with not being bound as the clinic's figurehead.

"I could say what I wanted to say, run for office, be an activist," he says, and whatever negativity came his way would not be reflected on the clinic.

"The clinic is bigger than me," he says. "It always has been."

His law career takes up a big part of the book's second half.

Being a lawyer wasn't nearly as much pressure as running the clinic, he says, though some of his stories about his law career seem pretty intense, like when he says First Judicial District Prosecuting Attorney, the late Gene Raff, denied him a deputy prosecutor's job in Lee County because white people weren't ready for a Black prosecutor (their relationship and battles are outlined in Chapter 13, which is titled Gene Raff: The Tyrant Prosecutor).

But their differences -- and there were many -- didn't prevent them from hanging out together at lawyerly social events, Neal adds.

In 1993, he was elected circuit court judge for the First Judicial District and was appointed by Gov. Jim Guy Tucker to the Arkansas Court of Appeals in 1996. He retired in 2007.

Hart, who served with Neal on the Appellate Court, says in the book:

"Judge Neal has a sixth sense of right and wrong. And we had one important thing in common: both of us always tried to do what was right whether it was popular or not ... But that does not mean Judge Neal and I always agreed. We could get really mean with each other when we didn't agree, so we worked hard not to rile each other up." 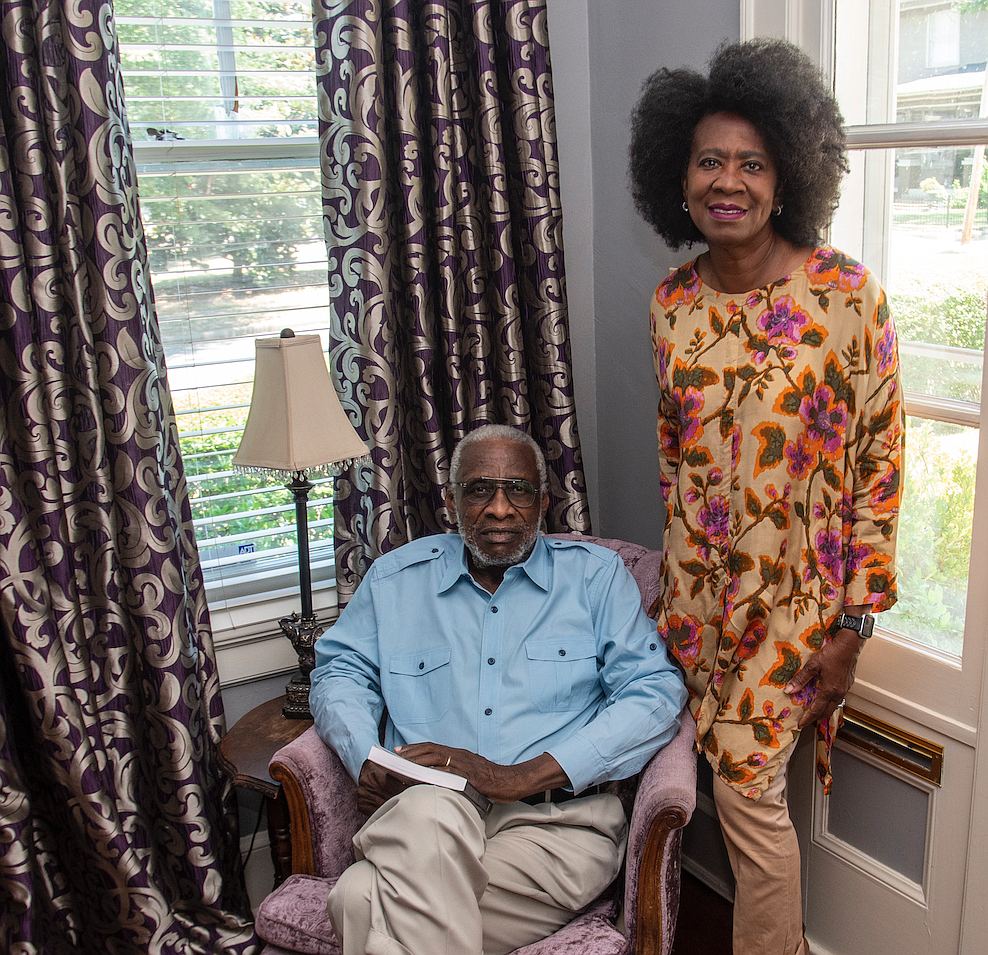 In the book, Neal is forthcoming about his faults as a husband and a father and devotes chapters to Nic, Kamara and Buchanan, his fourth wife, whom he married on June 20, 1992.

He still keeps tabs on the Lee County clinic, though he is quick to add that he doesn't want to interfere with its current leadership.

Kellee Farris is the daughter of former clinic dentist Dr. L.C. Mitchell and "grew up running the halls of the clinic," she says. She has worked there for nine years and has been its chief executive officer for two years.

"Around the time I became CEO, [Neal] and I got closer," she says. "I could call him and run things by him if we needed help ... I'm honored to be following in his footsteps. He means a lot to the community, and to be able to call him at any time and him being open to speaking with me really means a lot."

Looking back on the book and his life, Neal reflects: "At every level, I learned some things to at least let me manage my shortcomings so that I didn't get everything wrong. I still got a lot of things wrong, but you start to get some things right because you learn a few things. If you don't learn from your experiences, you're bound to be a damn fool all your life."

The publication of "Outspoken" dovetailed coincidentally with Black Lives Matter protests that began in late May over the killing of George Floyd, police brutality and racism.

"I think [the book] is useful for those who say: 'I don't understand how come Black folks are raising all this hell. Why won't Black folks let bygones be bygones,'" Neal says. "That's what my white friends ask me. This is not the only story, and certainly not the story that should be reflective of the majority of Black folks, but it is one Black man whose life experience is sort of exposed completely."

He also sees hope, as activists continue to protest and demand equality.

"I think this is the brightest chance for getting a true relationship between Black folks and white folks," he says. "I'm not talking about the kind of relationship where we have a nice picture of me and my white friends in the newspaper, but where we truly look at each other without any reservations and look at each other as human beings, where we get to the point where there is some truth to the saying 'I don't see color.' Where you see color, but it's all right."