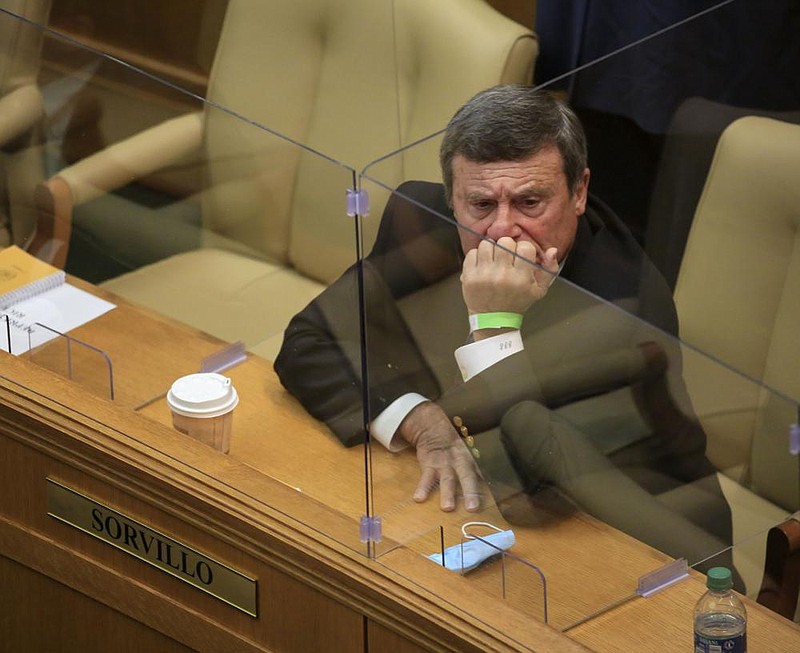 Hudson was declared the winner by just 24 votes in November, after the Pulaski County Election Commission initially delayed its certification to allow Sorvillo to take his claims to court.

Sorvillo and his attorney, A.J. Kelly, have pointed to a group of 372 disqualified ballots that were erroneously mixed in with valid ballots and counted to argue that the results of the House District 32 election were hopelessly compromised. Staff for the election commission said 32 of those disqualified ballots were cast in House District 32, more than Hudson's margin of victory.

That argument has so far made little headway in the courts, as Sorvillo's original lawsuit was dismissed by Pulaski County Circuit Judge Wendell Griffen, who said his court lacked jurisdiction to hear the case.

Griffen's decision is being appealed to the Supreme Court. Meanwhile, Sorvillo's attorney filed a new complaint with the Claims Commission on Wednesday.

The latest filing brings the Claims Commission -- a body whose decisions ultimately require approval by the GOP-controlled Legislature -- into the election dispute.

Kelly said Monday he would continue to pursue Sorvillo's case before the Supreme Court, even while beginning a new effort before the Claims Commission.

He declined to elaborate on the strategy, however, saying, "I'm just going to let the briefs speak for themselves," in reference to a brief that he said he was preparing to file with the Supreme Court case today.

Responding to the new filing in the Claims Commission, Hudson and her attorney, Jennifer Waymack Standerfer, accused Sorvillo of "forum shopping" for a favorable ruling.

Hudson noted that hours before Sorvillo's claim was filed with the Claims Commission, the Arkansas Supreme Court agreed to expedite its review of his court appeal, but declined to issue an immediate injunction stopping the secretary of state's office from meeting its Dec. 18 deadline to declare a winner in House District 32.

"When they didn't give him exactly what he wanted, then [Sorvillo] turned around the very same day and filed a complaint with the Claims Commission seeking the same relief," Hudson said.

Hudson and her attorney have also argued that the number of erroneously counted ballots in the House District 32 election was as little as 27, making it unlikely that the ballots changed the result. They also claim that the ballots were legally cast, and should not have been disqualified in the first place.

Kelly, Sorvillo's attorney, pointed to two different sections of the Arkansas Code in respective briefs filed before the courts and the Claims Commission.

In court briefings, Kelly pointed to Arkansas Code Annotated 7-5-801, which says that election challenges should be brought before the circuit court in the county where the election was certified. In his complaint to the Claims Commission, however, Kelly pointed to ACA 7-5-805, which states that any contest to a candidate's "eligibility, qualification, or election" to serve in the House of Representatives should be brought before the Claims Commission.

The Claims Commission, created in 1955, primarily handles claims for monetary damages brought against the state and its related agencies. Its decisions are ultimately reviewed and approved by lawmakers in the General Assembly.

All five commissioners were appointed by Gov. Asa Hutchinson, a Republican.

Hudson's attorney, Standerfer, asked both the commission and the House to dismiss the complaint or to re-canvass all the ballots cast in the district.

Kathryn Irby, the director of the Claims Commission, said in an email Monday that no hearing has been set on Sorvillo's complaint.