Nations press for action on Venezuela 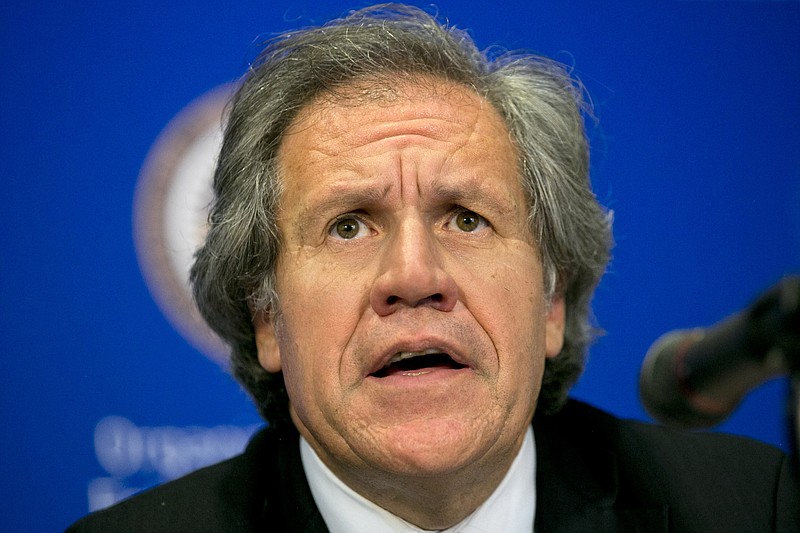 The General Secretariat of the Organization of American States said in a report that International Criminal Court prosecutor Fatou Bensouda's failure to open a formal investigation into Venezuela is "stunning" and "inexplicable."

The leadership of the 35-member body said the slow pace of the international court's review of Venezuela's situation has emboldened Maduro's government to commit more crimes believing that it can act with total impunity.

In a written response, Bensouda's office said it has made important progress on the Venezuela case and expects to publish its next yearly update this month.

"Impartiality and independence together form the cornerstone of the Prosecutor's mandate and underlie her every action and decision," the statement said.

It said the office doesn't bend to outside pressure attempting to "interfere with prosecutorial independence or the normal course of justice."

The criticism of Bensouda adds to pressure already applied by United States officials who have been angered at her investigations of war crimes allegations against U.S. citizens in Afghanistan and elsewhere.

U.S. Secretary of State Mike Pompeo announced on Sept. 2 that the United States was imposing sanctions on Bensouda and the tribunal's chief of jurisdiction, including a freeze on assets held in the U.S. or subject to U.S. law.

That led to protests by more than 70 nations including key U.S. allies and several members of the Organization of American States. They issued a statement that "any attempt to undermine the independence of the court should not be tolerated."

The organization accused the court of inaction after being presented with a report in 2018 that alleged murders, torture, rapes, persecution and enforced disappearances in Venezuela.

Genser, a human rights lawyer and professor at Georgetown University, told reporters that this report is not an attack against the International Criminal Court but rather a call for transparency, accountability and urgency.

"Our report brings to life the extraordinary suffering of the people of Venezuela, being inflicted on them by Nicolas Maduro and his regime," Genser said.

Maduro's government didn't immediately respond to the report, but often dismisses such claims a interference of Venezuela's sovereignty by nations beholden to Washington.

International Criminal Court prosecutors said in a news release at the beginning of November that Bensouda had met with Venezuela's attorney general, Tarek William Saab, and conveyed to him that prosecutors had a "reasonable basis" to believe that crimes within the court's jurisdiction have occurred in Venezuela. Prosecutors sought information on relevant domestic proceedings and Saab offered his cooperation, the release said.

The attorney general released a statement Monday saying that Venezuela had submitted an "extensive" report to the international court, answering all its questions.

Prosecutors have also said they are undertaking preliminary examinations to determine "whether to open an investigation." Additional details will be contained in an end of the year report, they said.

The Organization of American States statement released Wednesday said Bensouda has failed to comply with principles of "impartiality and objectivity."

It said the prosecutor's preliminary examinations underreported "the scale and severity of some of the alleged crimes, raising serious questions" about the court's "intention to prosecute fully the crimes against humanity in Venezuela falling within the [International Criminal Court's] jurisdiction."

Information for this article was contributed by Michael Corder of The Associated Press.