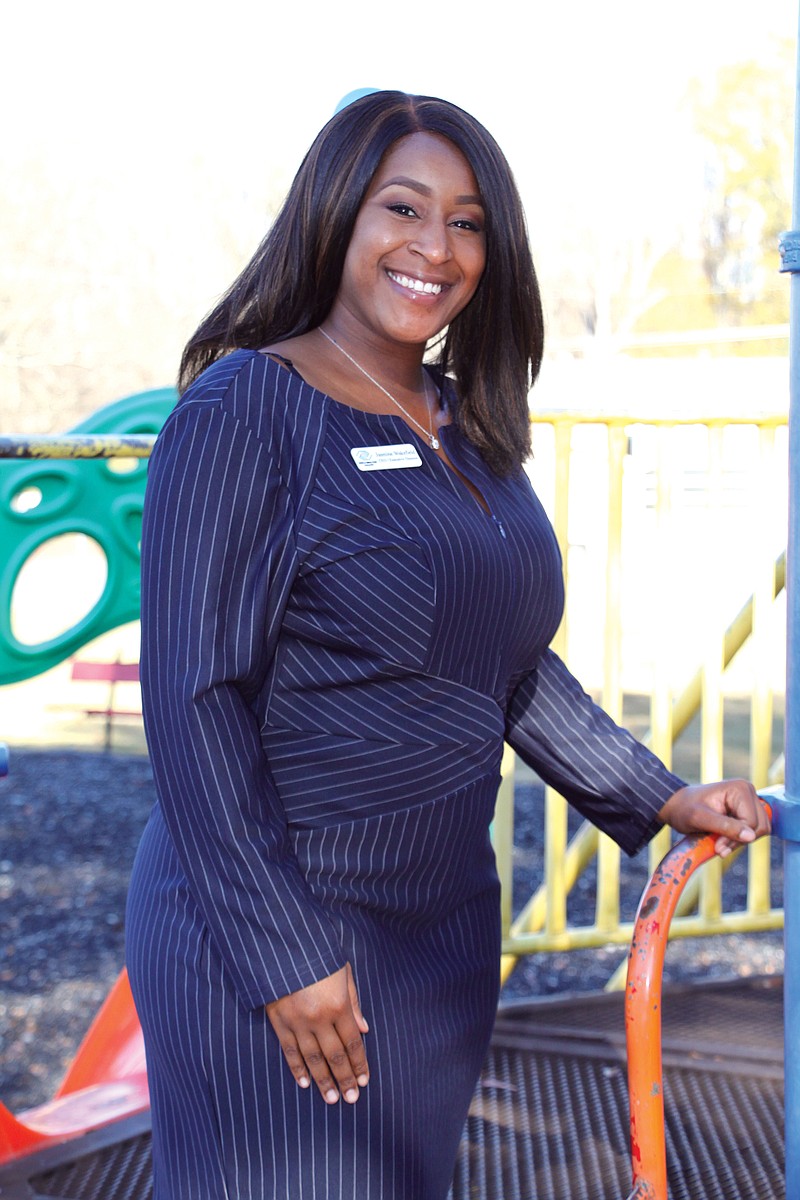 Jasmine Wakefield is the new chief executive officer for the Boys & Girls Club of Jacksonville. She replaces former CEO LaConda Watson, who is now the deputy communications director for the office of Arkansas Gov. Asa Hutchinson.

Jasmine Wakefield said she moved back to Jacksonville in 2015 because she believed God led her there.

“I began volunteering at an after-school program in Little Rock, and through that, I recharged my passion for working with youth and seeing what could be done.”

Ultimately, her volunteer work led her to a new job as chief executive officer for the Boys & Girls Club of Jacksonville.

“Going to the community and making things work are always something I wanted to establish,” she said. “When this came along, it was an honor to even be considered for the position and try to build on things.”

Wakefield replaces former CEO LaConda Watson, who is now the deputy communications director for the office of Arkansas Gov. Asa Hutchinson. In a press release from the Boys & Girls Club, Watson said she is looking toward the future and the effectiveness of Wakefield’s extensive knowledge and engagement with children.

“I am confident that she will make a positive impact,” Watson said in the release.

Freddie Scott, who serves on the board for the Boys & Girls Club of Jacksonville, said there were several talented applicants for the position.

“We were delighted to have over a dozen interested parties, but when we looked at all the various criteria, [Jasmine] graded high in each of those areas,” Scott said, “including the fact that she had experience working with youth — in particular, her counseling background.”

He said Wakefield’s background and experience with youth, and her ability to manage resources as well, really stood out, along with her experience in counseling and her community connections.

“She’s not afraid to take on challenges and take ownership,” Scott said. “In many cases, when leaders come into play, you can quickly assess if someone is strong enough to deal with ongoing challenges.

“She has showcased a great skill set by working with staff and students and, more importantly, seeks to better understand the club and map her own strategic plan going forward.”

Prior to her new role as CEO for the Boys & Girls Club, Wakefield worked as a behavioral specialist at Tendaji Community Development Corp. in Little Rock.

“I always knew I wanted to work with youth. Initially, I wanted to be in teaching, possibly a psychology teacher,” she said. “When I was 14 years old, I had an after-school job as a tutor at Jacksonville Elementary School, and I really enjoyed it.

“As I moved through school, I took my first psychology class, and I loved everything about it. … By combining the two, they just kind of fit hand in hand, along with teaching youth how to navigate school and their emotions, which then transformed over time into me wanting to be a counselor, which is ultimately what I went to school for.”

Wakefield said that as she went through school and some internships, she decided she didn’t want to necessarily be a teacher or a school counselor because “they had to exist within a certain parameter, and I wanted to have more of an impact even outside the school building.”

“I always wanted to attend a historically black college or university — both of my older sisters attended HBCUs as well — so I definitely wanted that experience,” Wakefield said. “At that time, I didn’t apply to any schools in Arkansas.

“I was blessed to be able to travel quite a bit growing up, and with all my family being from New Jersey, I got familiar with some of that area. As soon as I received my acceptance letter from Hampton, nothing else mattered.”

Wakefield has 14 years of experience working with youth through advocacy and volunteer work in various communities. In a release from the Boys & Girls Club, she said education, mental-health awareness and public service are the areas for which she is the most passionate.

“I am familiar with Ms. Wakefield’s work in youth services and believe she will be a total asset to the Boys & Girls Club of Jacksonville,” board member Valerie Pruitt said in the release.

Currently, because of COVID-19 restrictions, the Boys & Girls Club of Jacksonville is only servicing about 30 students, about 20 less than what the club is allowed. She said that right before fall break, two schools had COVID-19 outbreaks, so the club had to restrict any of those students from coming to the club.

“We can no longer accept those students while the schools are closed,” she said. “We will have them back after proper precautions and the 14-day quarantine.”

She said one of her goals for the club, even during a pandemic, is to implement more science, technology, engineering and mathematics, or STEM, classes, as well more art-based classes, into the club.

“We also want to implement more social and emotional learning, or SEL,” she said. “Right now, it is important to implement SEL practices within our community, especially in underserved communities.

“SEL is directly tied to academics, and we know we are in a crisis when it comes to literacy, nationwide and in Arkansas. … We want to expose our students to STEM and to coping skills and help with literacy skills, to build on those and help our students become better people as a whole.

“I want to build on what has already been established and add to what our kids are already exposed to and the opportunities they will be able to build on at the club.”