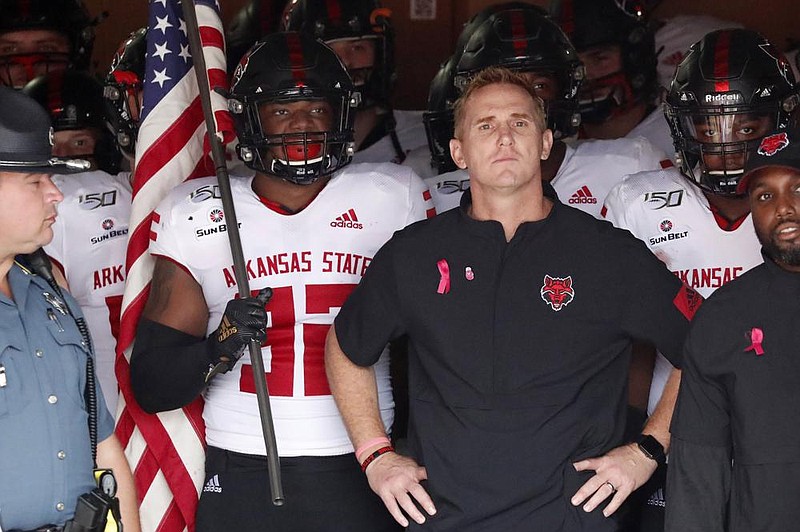 Terry Mohajir got choked up Thursday.

Emotions got the best of Arkansas State University's athletic director on a Zoom call less than an hour after the school announced that head football coach Blake Anderson had resigned. Mohajir's tears had already appeared earlier in the day.

During the team meeting in which Anderson -- the Red Wolves' coach since 2014 -- informed his players that he was leaving the program for another FBS head coaching job, widely reported to be with Utah State, Mohajir felt seven years of love, loss, triumph and so much else overcome him.

Once Anderson, who guided ASU to two Sun Belt Conference titles and six consecutive bowl game appearances, poured out his impassioned farewell, Mohajir collected himself, as he did while addressing media via Zoom, and spoke.

"After [Anderson] got to share his heart, I was very emotional and got to share my heart, as well," Mohajir recalled, following a more than 30-second pause to gather himself. "I said the one thing that I can tell you is that change is inevitable. And the one thing that is constant in your life is change. And in order to learn how to deal with change, in order to learn how to live with change, you have to go through it."

Seven months after the 51-year old coach signed a three-year extension in May that would have kept him in Jonesboro through 2023, Anderson will reportedly head to Logan, Utah, where he will take over an Aggies' team that currently holds a 1-5 record and a place near the bottom of the Mountain West Conference Standings. Anderson exits tied for the third-most wins (51)by a head coach in ASU history.

On Thursday, the school also announced a national search for Anderson's replacement, to be led by Mohajir, ASU Chancellor Kelly Damphousse and ASU System President Charles Welch. Red Wolves offensive coordinator Keith Heckendorf will serve as interim head coach and also will be considered as a candidate for the opening.

Per the contract Anderson signed in May, ASU was owed $800,000 if he were to leave the program for another job following the 2020 season. In helping Anderson start anew, the school reduced his buy-out clause to $150,000, paving the way for Anderson's departure.

"I just think based on the circumstances that [Anderson] has been through, the best thing for us as an institution was to help him get through this," Mohajir said. "We made some concessions to help with the transition so he could have a fresh start. And we truly believe that a fresh start could be healthy for everyone."

Mohajir declined to offer up the profile he and the search committee are looking for in his next head coach. His previous two hires in Anderson and current Boise State Coach Bryan Harsin, the athletic director pointed out, weren't on his radar when he began those respective coaching searches. Speed, as was the case in those hirings, is preferred.

"I'd like to have something done by next week if at all possible," Mohajir said.

ASU's opening should prove to be an attractive one. The rising profile of the Sun Belt has coincided with the Red Wolves' own ascent, which can be credited in part to the work of Anderson and predecessors such as Harsin, Gus Malzahn and Hugh Freeze.

"I really believe that we have Power 5 facilities, there's no question in my mind." Mohajir said.

While Mohajir expressed his desire for a "confidential" search, names of future head coaches began flying around before Anderson's resignation even became official Thursday, including a few potential candidates with previous ties to ASU.

A flurry of names will be thrown around in the coming days, and as Mohajir explained, the choice may be a name no one is talking about, but ASU knows the kind of coach it wants.

"I think it's an attractive job to anybody who wants to come be a part of a winning culture and have a chance to win a championship," he said.

Announced as the 30th head coach in ASU history in Dec. 2013 following stints as an offensive coordinator at Southern Mississippi and North Carolina, Anderson delivered stability to a program that had previously seen four head coaches come and go in as many seasons from 2010-13. Only three other coaches in program history were as successful as Anderson was in his debut season in 2014, when the then-45 year old led the Red Wolves to a 7-6 record. His 51 wins in seven years manning the sidelines at Centennial Bank Stadium were 41st most in the nation over that span.

Under Anderson, ASU reached a bowl game in each of his first six seasons, earning victories at the 2016 Cure Bowl and 2019 Camellia Bowl. And it was in his second and third seasons that the coach born in Jonesboro and raised in Texas when Anderson led the Red Wolves to back-to-back Sun Belt Conference championships, finishing with a career-high nine wins in 2015 and his first bowl game victory in 2016 in Orlando, Fla.

The Red Wolves won eight games in both 2018 and 2019, but this fall suffered their first losing season under Anderson, finishing 4-7 after Incarnate Word canceled Saturday's season finale.

According to Mohajir, the possibility that became reality Thursday has been apparent for the past four to five weeks, but Anderson's departure comes at the end of a two-year span of both personal and professional rigor.

In August 2019, Wendy Anderson, Blake's wife of 27 years, died following a battle with breast cancer. Last spring, Anderson's father died at 75. And on the field this fall, Anderson endured a season that included a five-game losing streak, a series of scheduling complications and battles with covid-19, for which Anderson tested positive in September.

His presence around the football facility never wavered, but those around Anderson and the program saw the toll the past two years had taken on him, culminating in him pursuing a new opportunity.

On Thursday, he told his team why.

"He poured out his heart to the players and truly just told them exactly how he felt," Mohajir said. "He loves them. This is not a professional decision, at all. This is a personal decision."

Arkansas State University football coach Blake Anderson resigned Thursday to reportedly take over the program at Utah State. Anderson had a 58% overall winning percentage at ASU, including 67.9% in Sun Belt games. Here are Anderson’s records during his seven years with the Red Wolves: 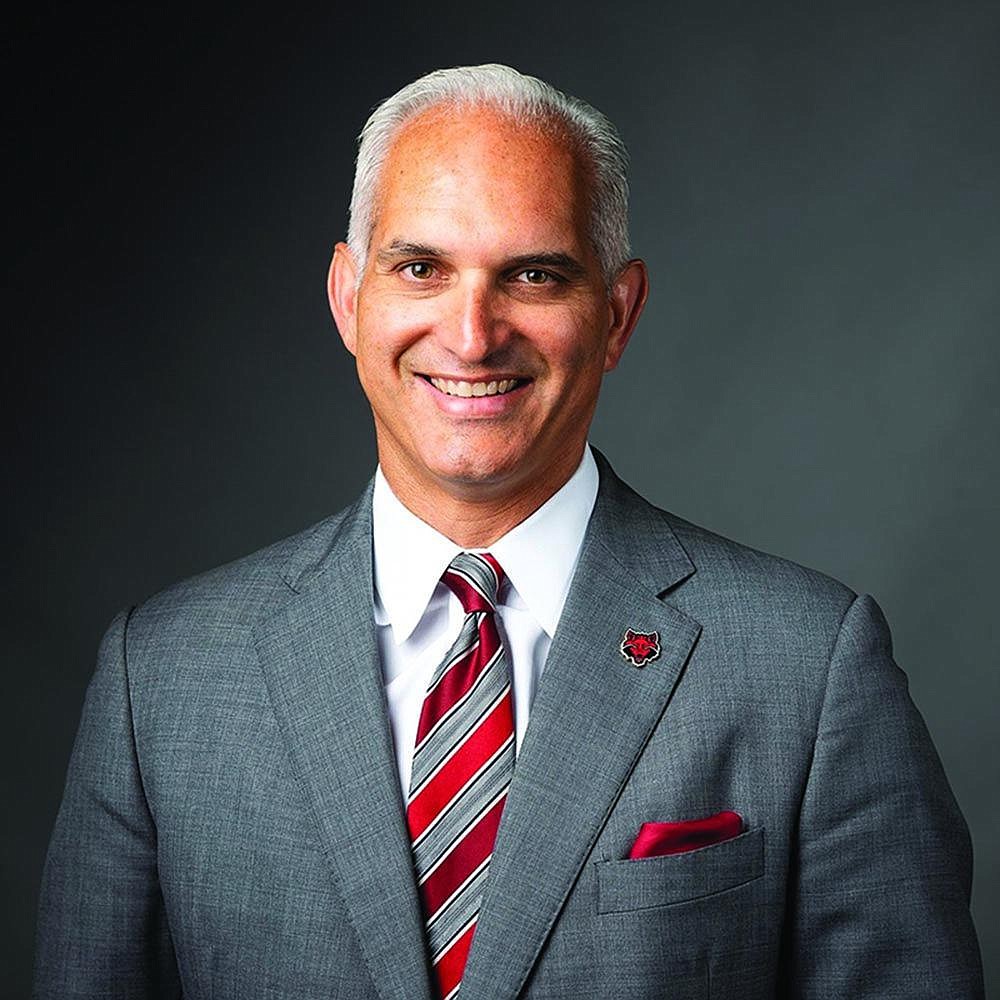