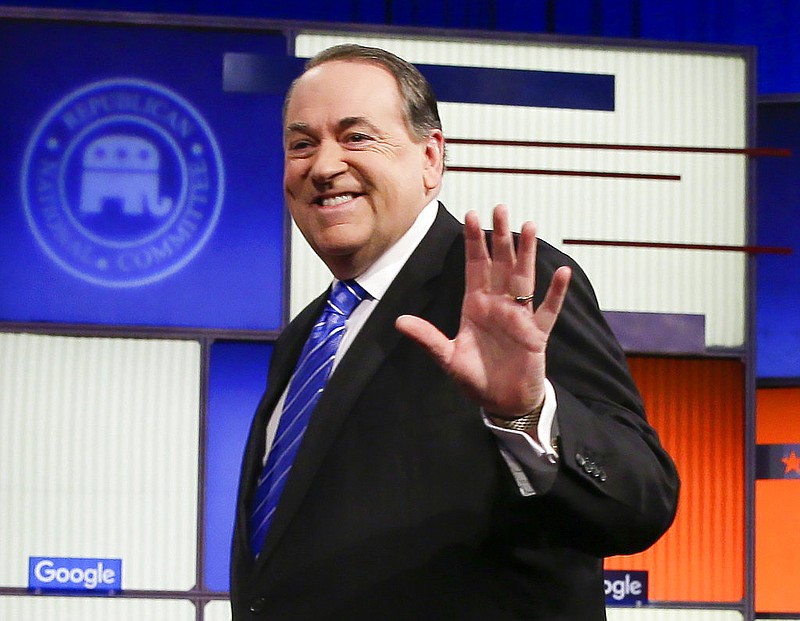 Former Gov. Mike Huckabee is moving back to Arkansas, he said Wednesday.

Asked about reports on social media that he’s returning, the Hope native texted back: “True. Back as of this week.”

Huckabee, who served as governor from 1996 to 2007, said he and his wife plan to sell their Florida panhandle house.

They had built the six-bedroom, 7½-bathroom beachside property, now valued at nearly $7.2 million, in 2011.

“We loved our house and church and the time there, but family is the reason [for the move],” he said.

After sojourns around the country, Huckabee’s kids are all back in the Natural State, he said. And there are grandchildren to see as well, he noted.

Sanders didn’t respond Wednesday to campaign-related questions, but she expressed enthusiasm about her parents’ relocation.

“We are all happy (especially the grandkids) to have them home,” she wrote.

Asa Hutchinson, the state’s second-longest-serving Republican governor, said he is pleased that his predecessor is returning.

“I’m delighted to have Governor Huckabee back to his roots. Welcome home,” he added.

“Gov. Huckabee was popular here,” he said. “I think it will only help her if he reasserts himself as the leader in the Republican Party.”

“I think they both should be bothered by his move into the state,” he added.

“We always welcome Arkansans home, and we welcome Gov. Huckabee back,” he said.

Rutledge, who served as deputy counsel for the governor’s office and for Huckabee’s first presidential campaign, noted her close ties.

“I welcome my good friend and former boss back to Arkansas,” she said in a text message.

If Sanders runs in two years, then her parents will be able to cast ballots.

“We will be full-time residents and vote here,” her father said.

Asked whether he would continue to host a program on the Trinity Broadcasting Network and appear as a Fox News political analyst, Huckabee said: “Yes, plus my podcast, daily newsletter, speaking events, HuckPAC, radio stations, writing books, corporate boards, Learn Our History [a video series for kids], and more.”

The two-time presidential candidate won’t be living out of a suitcase; he already owns a residence in Little Rock.

“Always kept a home here the whole time…although most people didn’t realize that,” he wrote.

He plans to live there for now but will “consolidate everything to new property later,” he said.

Huckabee, the longest-serving Republican governor in Arkansas history, served at a time when Democrats controlled most of the levers of power.

He’s returning to a red state now; his party boasts supermajorities in the state Legislature and holds all of the state constitutional offices.