Since I am not traveling these days, I am going back and enjoying past trips. All the pictures this week were from garden tours of years gone by! Enjoy. 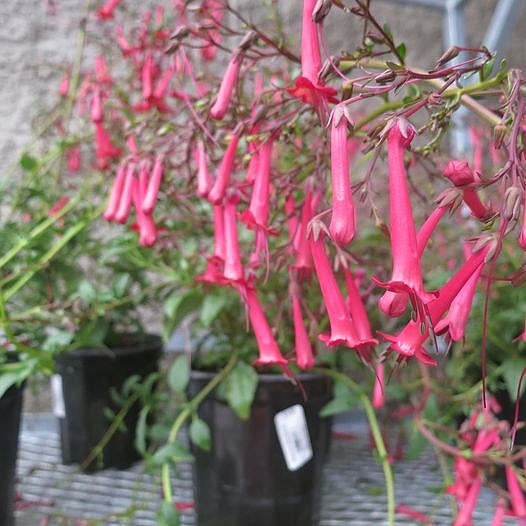 Cape Fuchsia – Phygelius - is a short-lived perennial for us in Arkansas. I think the longest one survived in my garden was about 3 years. 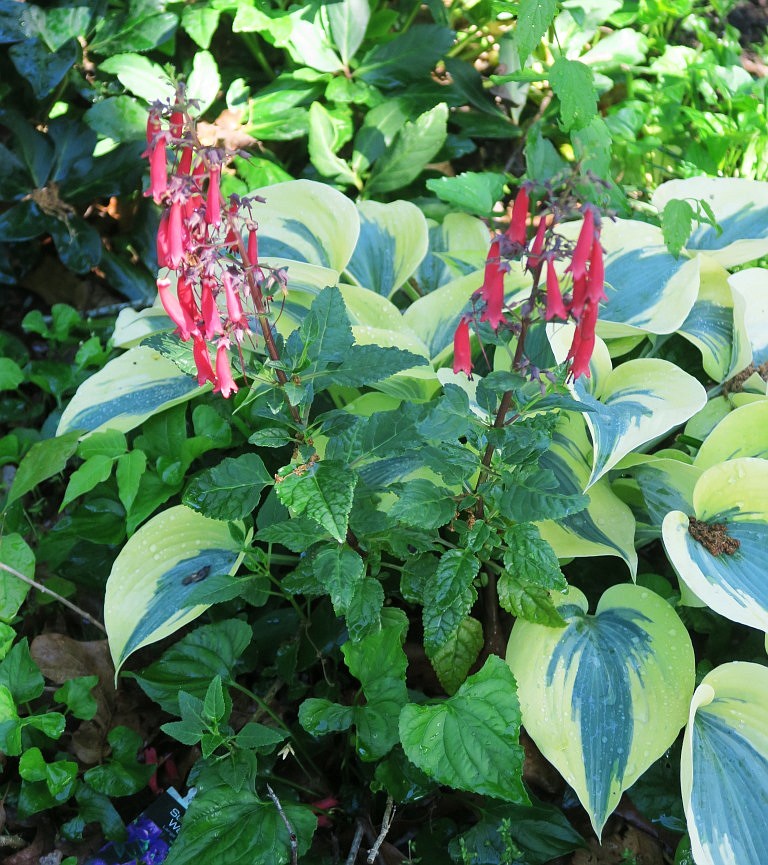 Have you had one that lasted longer? It looks somewhat like a fuchsia which will not persist long in the heat of Arkansas. Cape fuchsia is in the snapdragon family and native to South Africa. It blooms all summer into fall, and will take full sun in the morning, but does best with some protection from the hot afternoon sun. The most common colors are various hues of pinks and reds, 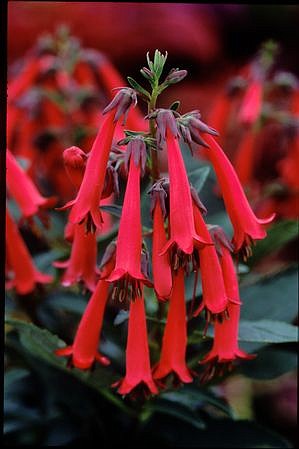 but I have seen a yellow one now and again. 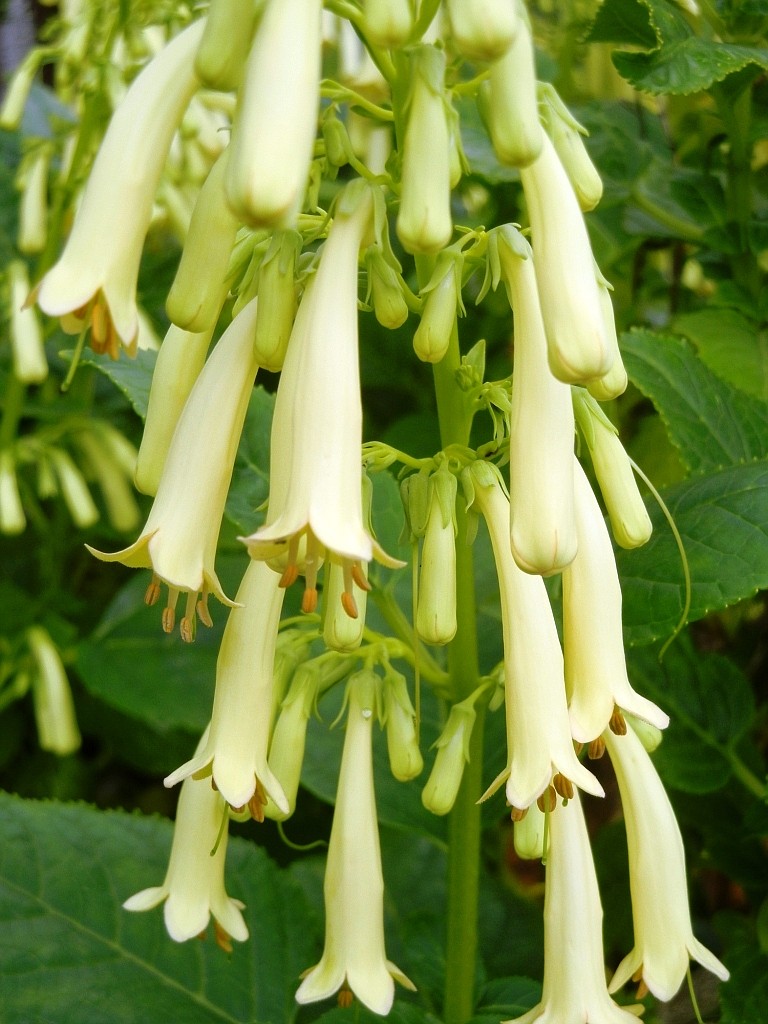 The tubular flower is a favorite of hummingbirds. 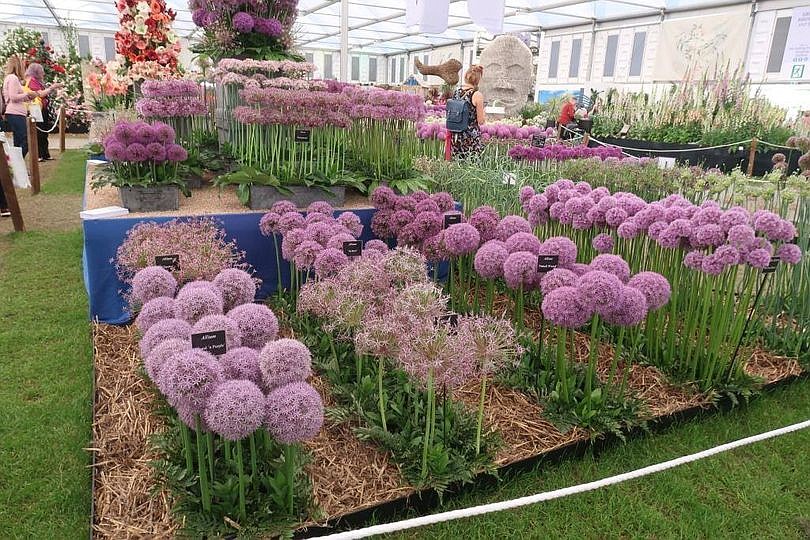 While it is true that even edible onion plants will bloom if left in the garden long enough, the flowering onions in the picture are from large bulbs that are grown as ornamentals, not as an onion to use in cooking. Flowering onions are gaining in popularity and there is a wide range of bulbs to buy. 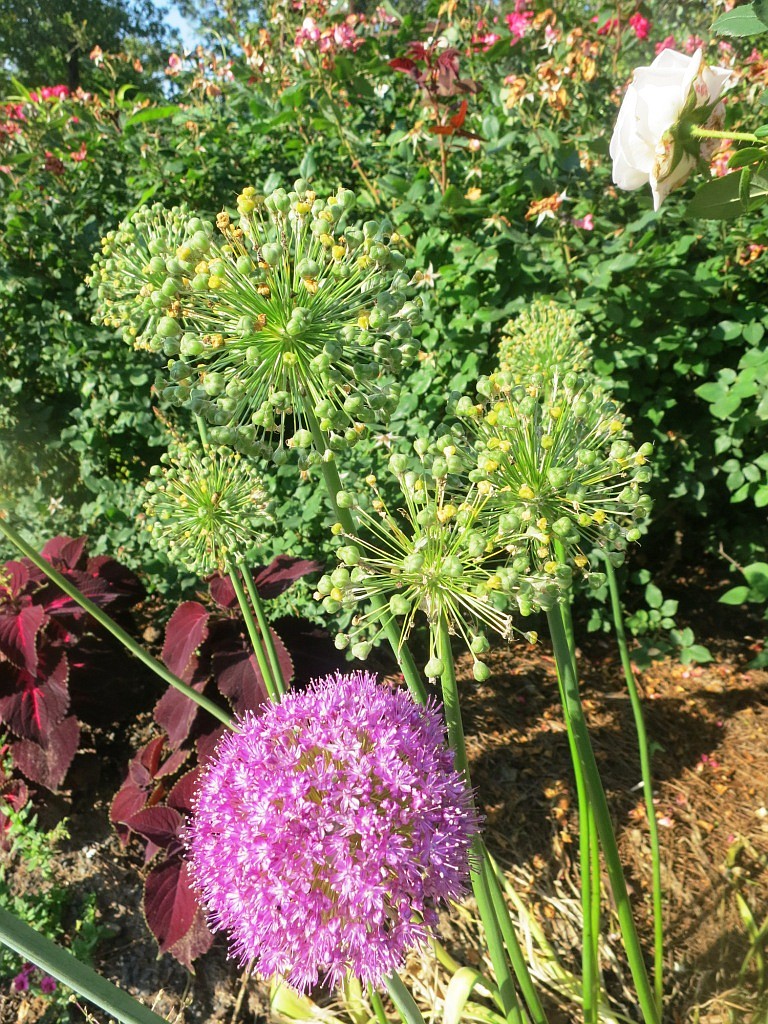 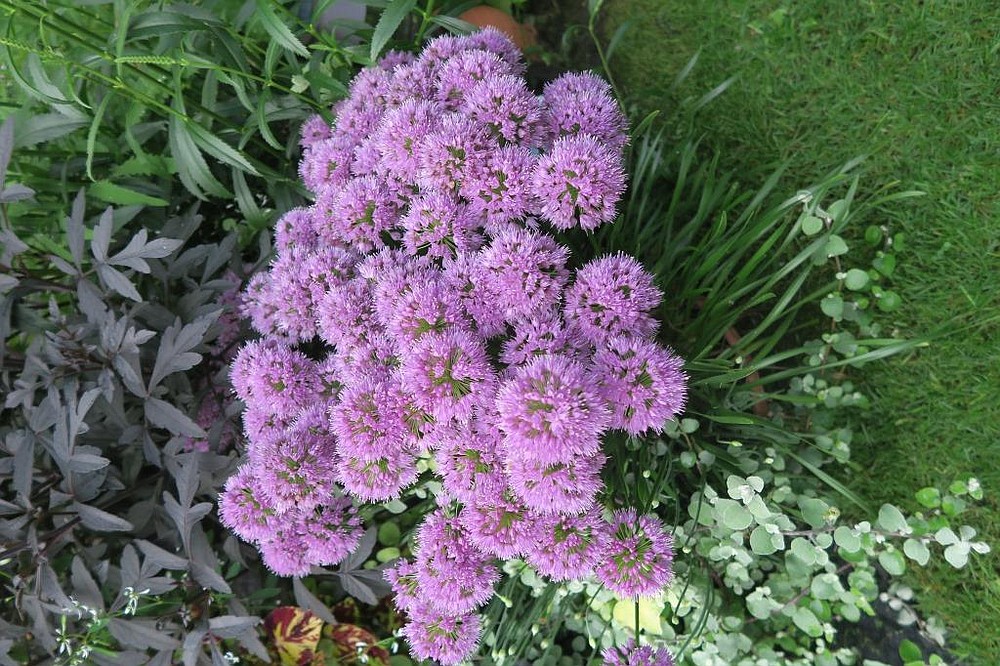 or up to 4 feet tall with grapefruit sized flower heads. Most of them come in shades of purple, pink and white. They tend to be one of the last spring flowering bulbs to bloom. If left alone in the garden after flowering, their seed heads can be almost as striking as their open blooms. 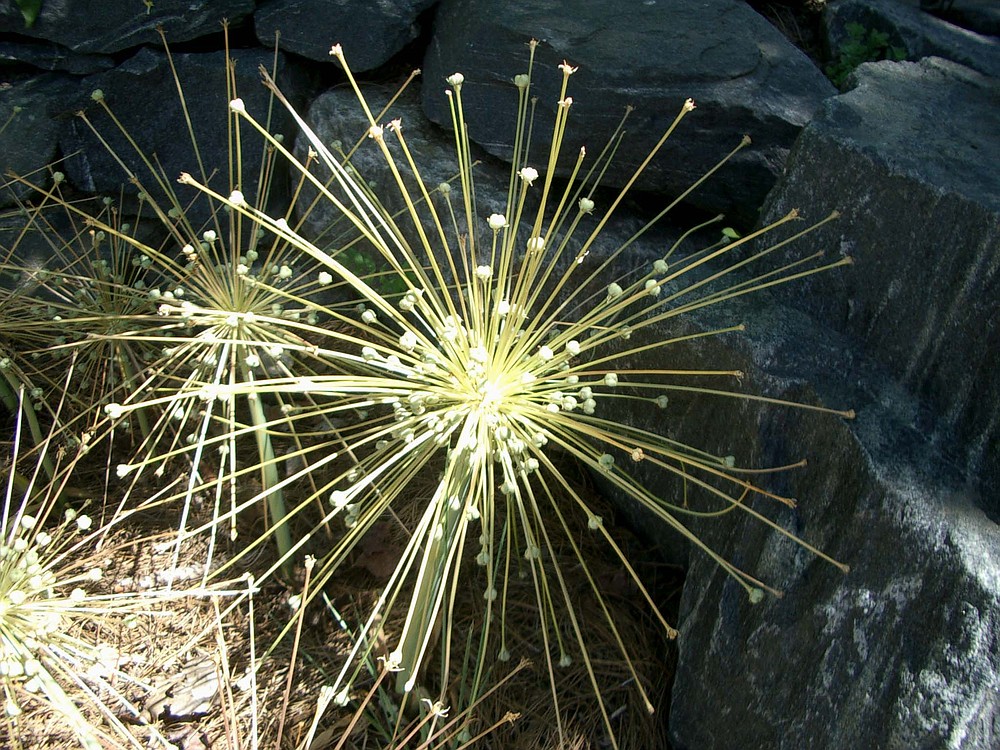 Some gardeners actually spray-paint the dried seed heads and use as garden art outside or in dried arrangements indoors. Plant the bulbs in the fall to early winter, and enjoy in the spring. I took the lead picture at the Chelsea Flower Show in 2019 and this one at the Hampton Court Show years before. 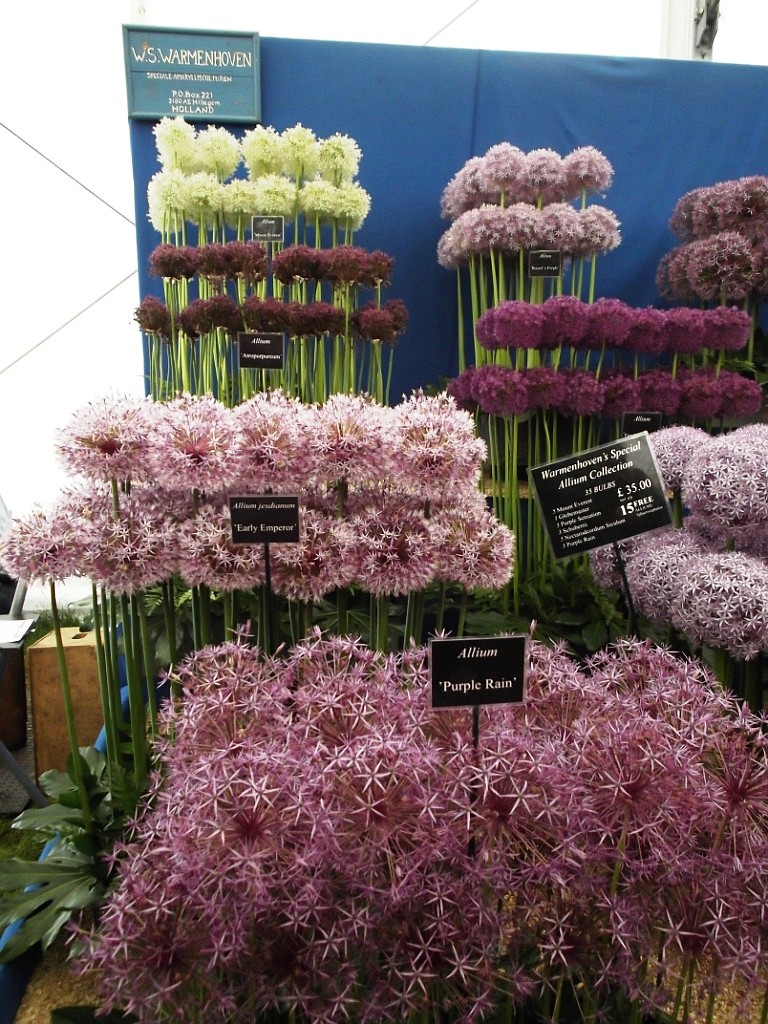 Their displays of plants are quite amazing. If you ever have the chance to go, I would encourage you to do so.

Astrantia (common name Masterwort, although I have always just called it Astrantia) 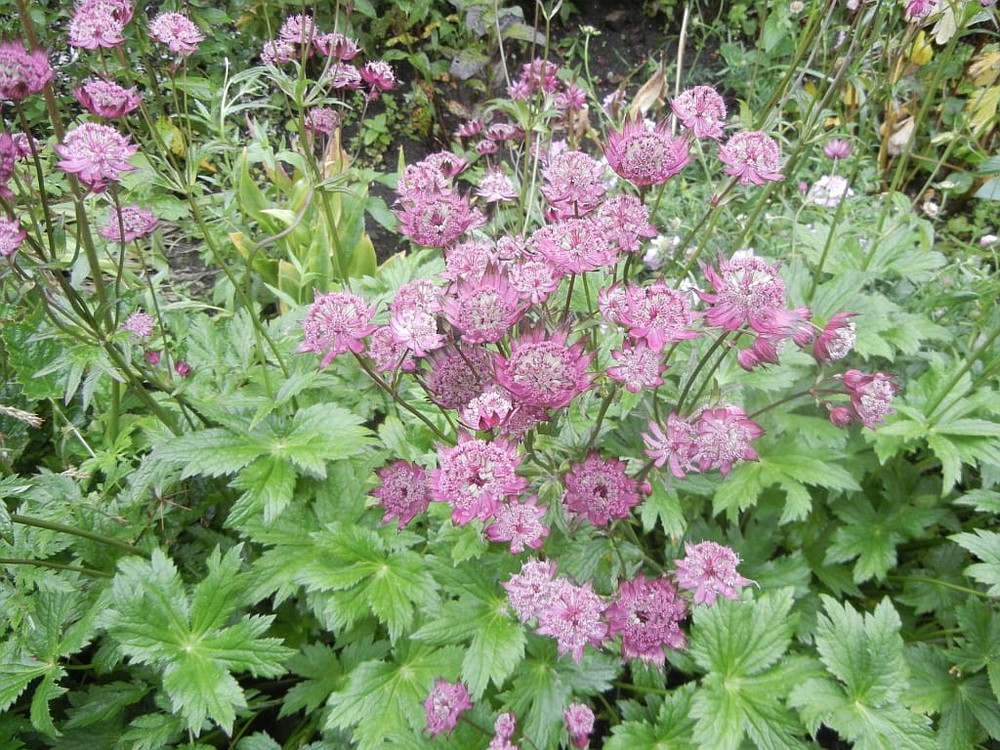 is a perennial plant I first saw in Ireland or England. A member of the carrot family is it native to Europe. It blooms all summer into fall. The showy part is a modified leaf called a bract, and the true flowers are the tiny clusters in the center (much like a poinsettia). 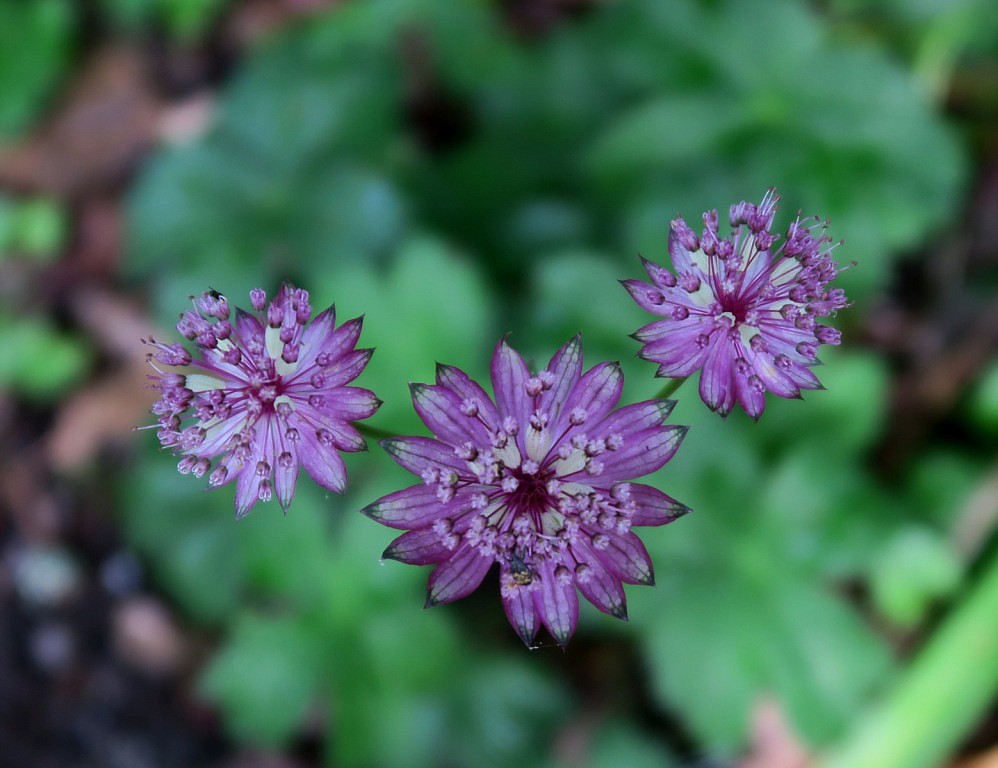 They come in shades of pink, purple, white, and red. I was surprised to find one in a local nursery several years ago and planted it. 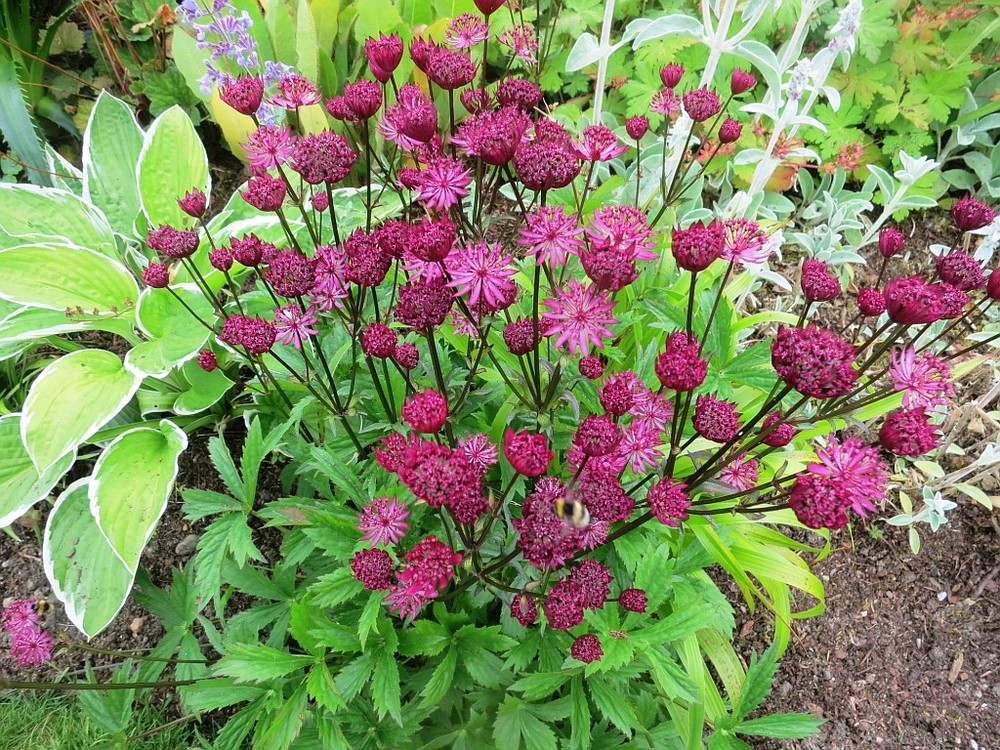 It came back for two years and then I never saw it again. I think it would be happier in a cooler climate. If you want to try it, plant it in partial shade or filtered sun. Water when dry as it is not drought tolerant. 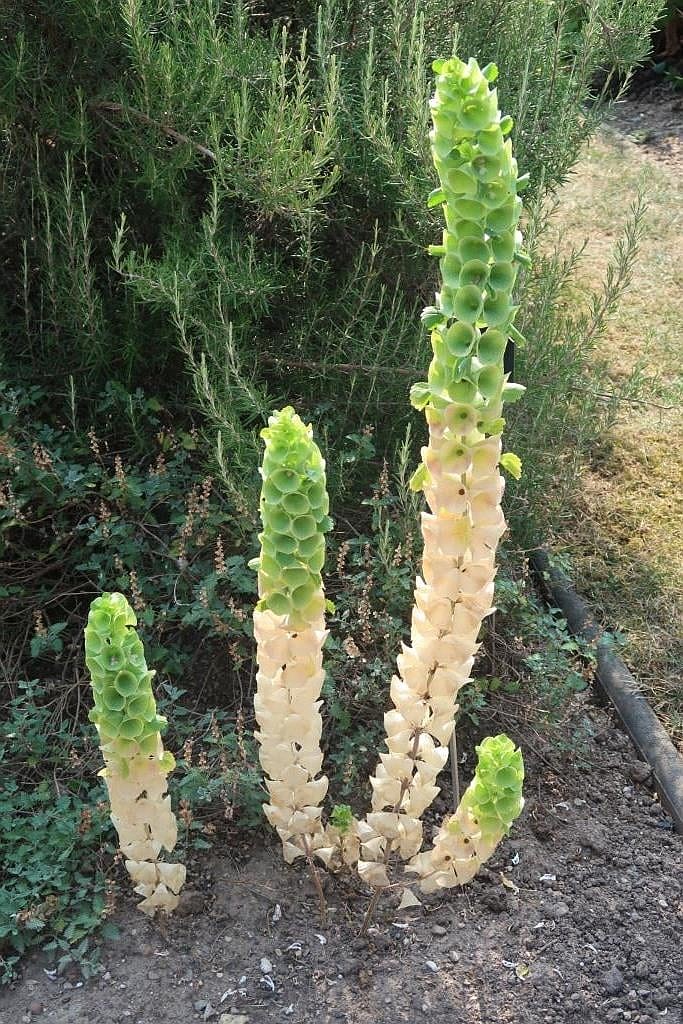 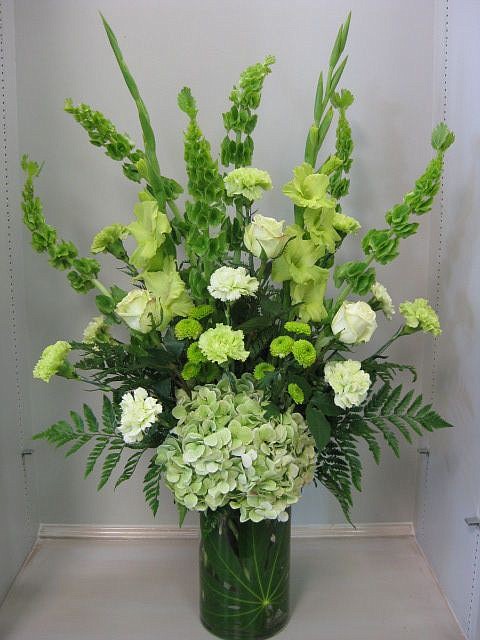 The true flower is tiny and white and found in the middle of the green, bell-shaped calyx which are produced in spikes up the stem. 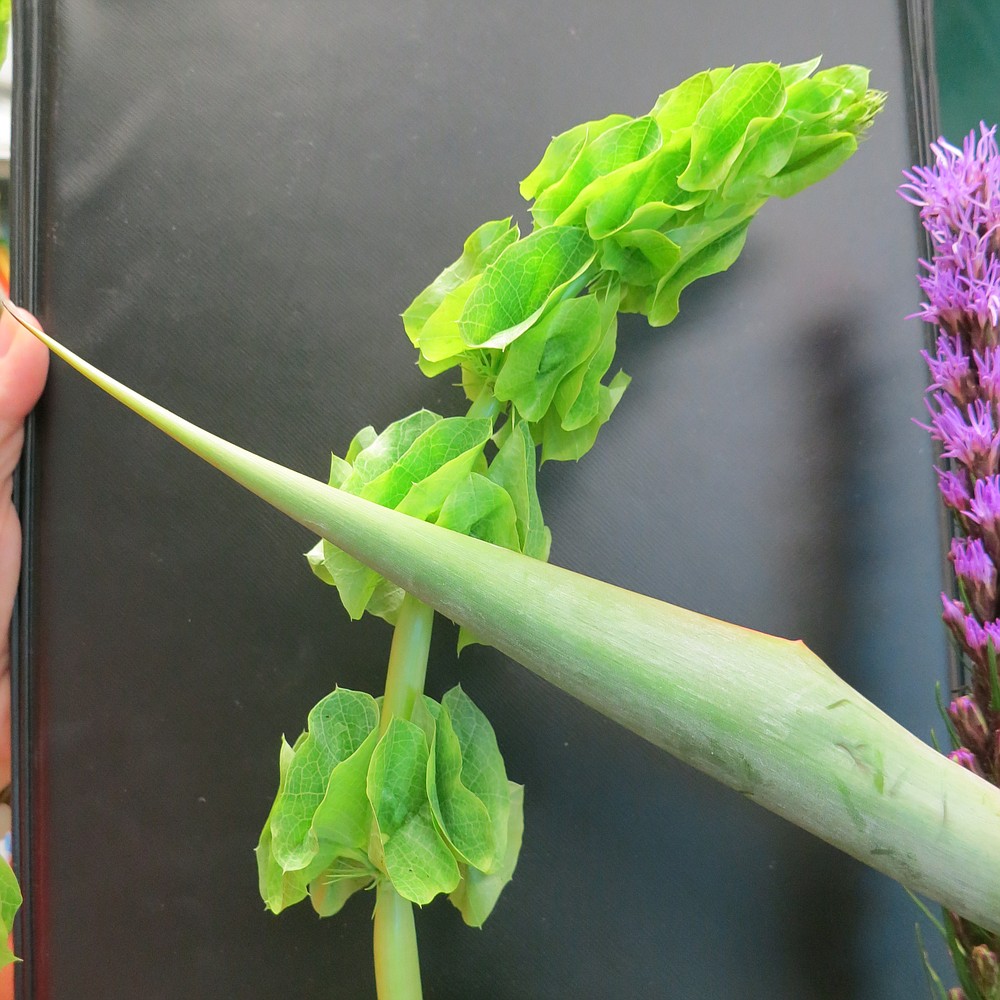 They can be grown in Arkansas as a summer annual but they don’t thrive in really hot seasons. You would have to find some seeds, as I rarely see them for sale as a transplant. As you can see from the picture, if they don’t succumb to the heat, they continue to grow upwards producing more “bells”. The older bottom blooms fade.

Garden traveling is one of my favorite things to do—not only do I get to learn about new plants or ways to grow them, but I am also surrounded by garden-loving people who are the nicest on the planet. Hopefully, garden travel will open again soon!