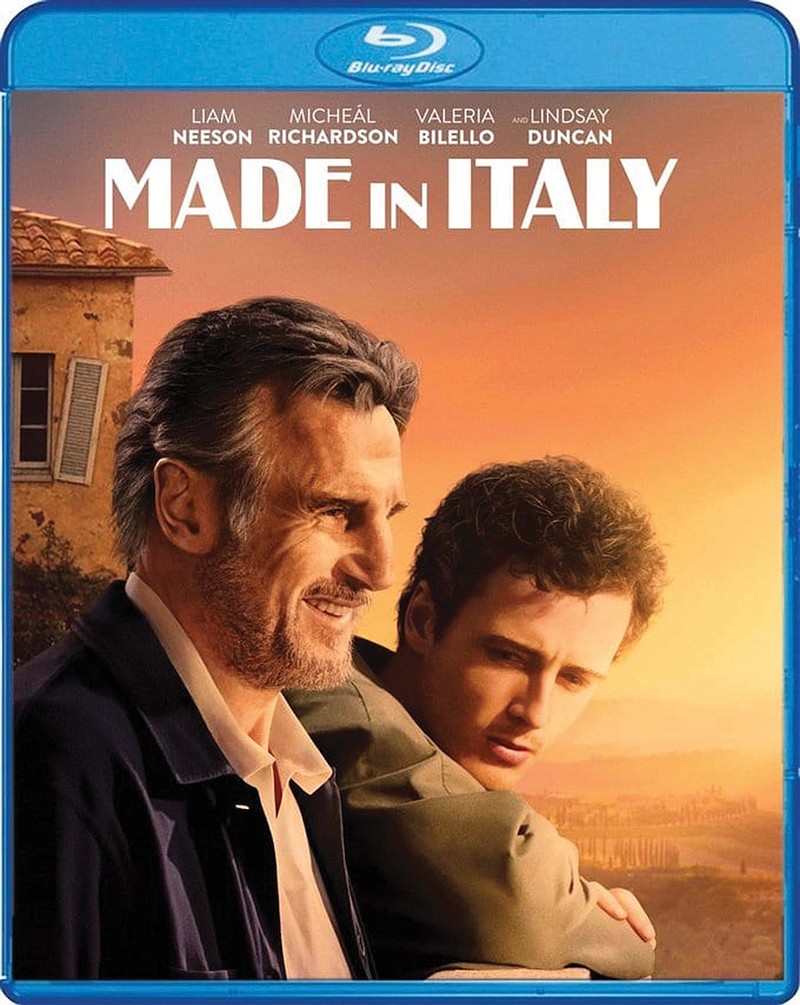 written and directed by James D'Arcy

Can't get away for the holidays? Take a virtual trip to gorgeous Tuscany with Liam Neeson in a sentimental family melodrama that's far from perfect, but is perfectly distracting.

For once, Neeson isn't a thug or a criminal or a law enforcement officer. This time he's a cranky and indifferent parent who travels from London to Italy with his estranged adult going-nowhere son to sell the tumbling-down house he inherited from his late wife.

"The Emoji Story" (aka "Picture Character"; not rated, 1 hour, 21 minutes) We ducked into Martha Shane and Ian Cheney's documentary at the Tribeca Film Festival a couple of years ago, expecting to watch a few minutes before moving on to our next appointment screening. We didn't expect to be captivated but this quick primer on the history of postmodern hieroglyphics through which serveral several human interest stories about people petitioning to get new emojis established (a real thing) but we stayed until the end. Not to be confused with the computer-animated "The Emoji Movie." It probably should have kept its original title, "Picture Character," a literal translation of the Japanese word "emoji."

"Don't Look Back" (aka "Good Samaritan"; not rated, 1 hour, 30 minutes) Sometimes intriguing but overly ambitious, this well-acted thriller concerns the fate of witnesses to a fatal assault who make a bad judgment call by not trying to help, which results in them being the target of revenge by someone. Or something. With Kourtney Bell, Will Stout, Skyler Hart; written and directed by Jeffrey Reddick.

"The Craft: Legacy" (PG-13, 1 hour, 37 minutes) Teenage witches don't do much to hold my interest, but for those who find them compelling, this lurching continuation of the cult hit "The Craft" features four of them exploring the ups and downs of their new-found powers. With Cailee Spaeny, Gideon Adlon, Lovie Simone, Zoey Luna, Michelle Monaghan, David Duchovny; written and directed by Zoe Lister-Jones.

"The War With Grandpa" (PG, 1 hour, 34 minutes) An enjoyable family comedy in which Peter (Oakes Fegley), upset that he has to share the room he loves with his grandfather, who he used to love until forced to share his personal space, decides to declare war via an increasingly rowdy series of pranks in an attempt to get it back. With Robert De Niro, Uma Thurman, Marisa Tomei, Christopher Walken, Rob Riggle, Jane Seymour; directed by Tim Hill.

"Boys vs. Girls" (not rated, 1 hour, 20 minutes) A lightweight comedy concerning how, in the summer of 1990, Camp Kindlewood is forced through economic necessity to go co-ed for the first time in its 70-year existence. Clashes of the sexes ensue. With Samantha Helt, Colin Mochrie, Kevin McDonald, Nia Roam; written and directed by Michael Stasko, based on his experiences at a summer camp in the 1990s.

"The Place of No Words" (not rated, 1 hour, 35 minutes) An ambitious, simply produced spiritual drama in which a family embarks on an imaginative adventure to explore where we go when we die. With Teresa Palmer, Mark Webber, Nicole Elizabeth Berger; written and directed by Webber.