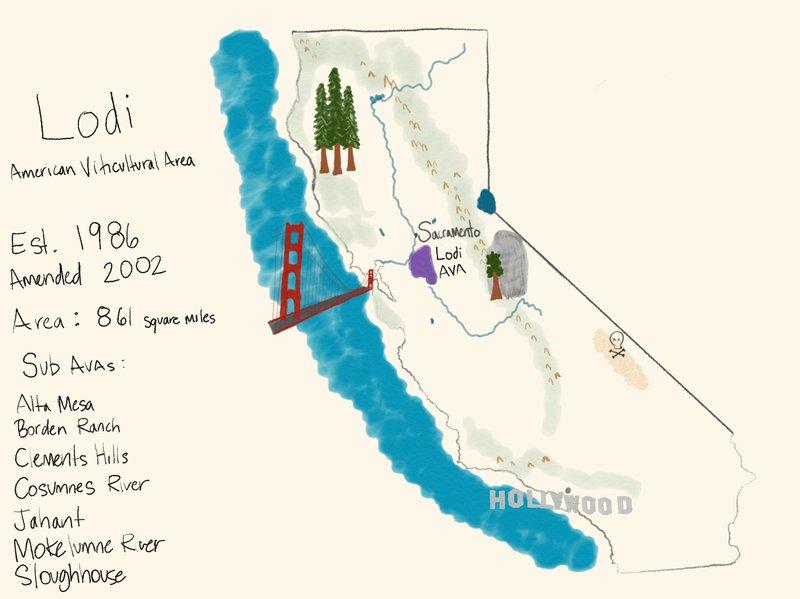 California's Lodi region is just as well known for its massive fruit and vegetable farms as for its vineyards. You will hear many California farmers proclaim, "everything grows in Lodi."

The Lodi American Viticultural Area has a near-perfect climate for growing grapes. Situated 40 miles south of Sacramento and 90 miles east of San Francisco, in California's Central Valley, Lodi has been fertile ground for growing grapes since the 1850s. Unlike other regions with just a handful of grape varietals, Lodi grows a plethora of different wine grapes. The Mediterranean-like climate and distinct soils allow growers to cultivate more than 125 wine grape varieties making this one of the most diverse wine growing regions in the country.

For a region best known for value wines it may be surprising that Lodi's sustainability initiative, Lodi Rules, is one of the most comprehensive wine sustainability certifications in the United States and possibly the world. Lodi Rules is America's original sustainable wine growing program created in 2005 by California farmers, viticulture professionals and scientists. The voluntary program holds growers to high standards of scientific rigor, emphasizing environmentally and socially responsible practices.

Zinfandel is the most widely planted grape in the region and responsible for putting Lodi on the map with regards to quality winemaking, but it certainly isn't the only Lodi grape worth exploring. Today, there are hundreds of producers going beyond the realm of Zinfandel's potent nature, producing exceptional chardonnay, petite sirah, cabernet sauvignon and even port to name a few.