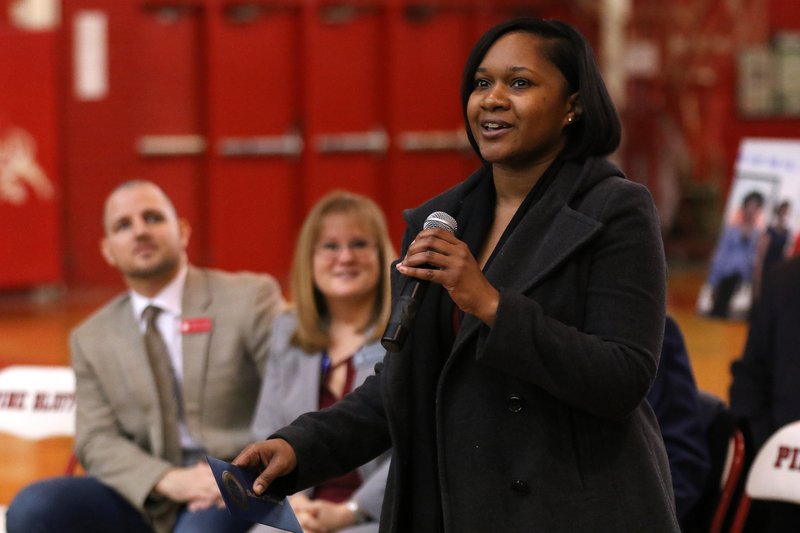 Shalisha Thomas, an art teacher, speaks at a at Pine Bluff High School assembly Thursday, where she was announced as a 2019-20 Milken Educator Award winner. ( Thomas Metthe)

Thomas, the only Arkansas recipient of the award for the 2019-20 school year, is among up to 40 educators who will receive the honor during the academic year nationally.

“Through art, Shalisha Thomas helps her students activate their senses, expand their imaginations, think critically and assert their voices,” Gallagher said in a news release issued after the announcement at Pine Bluff High School.

[Video not showing up above? Click here to watch » https://www.youtube.com/watch?v=AEZj-GVvLkc]

“These skills are critical to preparing young people for success in school and life. I commend Shalisha on the richness she brings to her students’ lives, and look forward to her contributions to the national Milken Educator Network.”

Education Commissioner Johnny Key, Gallagher and others participated in a school assembly Thursday, the release states. During the assembly, Gallagher made the surprise announcement.

She is a graduate of the University of Arkansas at Pine Bluff, where she earned a Bachelor of Science degree in art education in 2012, according to the Milken Family Foundation.