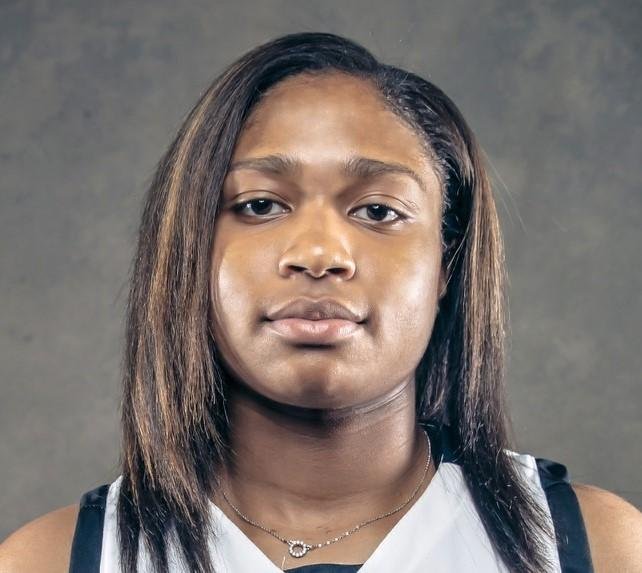 “Alex isn’t really that much of a talker,” Robinson girls basketball Coach Ahmann Love said. “Bryanna Kentle and Ashley Jones, two of our seniors, are more of the vocal leaders on our team. Alex just goes out and plays her game.”

W h at Rouse does command is the attention of opposing teams on the floor, and she doesn’t have to say one word to accomplish that.

The 5-8 junior has had a major effect on Robinson’s success this year. She is averaging 25.5 points and 6 rebounds for the Lady Senators, who have registered more victories this season than they have in any of the previous four. Robinson (15-6, 9-3 3A-5) recently had an eight-game winning streak stopped by Pulaski Academy, which is ranked No. 4 in Class 4A by the Arkansas Democrat-Gazette, but has won 11 of its past 12 to move into the No. 2 spot in the conference standings.

Of the Lady Senators’ six losses, two were routs by the Lady Bruins while two others were close defeats against Springdale Har-Ber and Little Rock Christian, both of which are ranked among the top teams in their respective classes.

Love said he likes the way his team is playing with the regular season winding down. The Lady Senators are aiming for their first state tournament berth since 2008, but their ascension was in the making before this season began.

“I stressed to them last year that if we matured fast enough, we’d be a good team,” Love said. “We had the pieces, but we didn’t mature like we needed to over the course of the season. We were a young team, but the talent was there.”

With a roster dominated by underclassmen, Robinson went 9-15, but seven of those losses were by nine points or less. Rouse did her part as a sophomore in helping the Lady Senators return to respectability by averaging nearly 22 ppg, including a monster 45-point, 18-rebound outing in a 71-57 victory at Mills.

The leap Rouse has taken this year has Robinson shooting for more than respectable.

“This year, I just wanted to be a better all-around player,” Rouse said. “I really wanted to improve at everything, on both offense and defense. I wanted to get stronger, too. My biggest improvement, to me, would be my strength.”

Putting the ball in the basket hasn’t been an issue for Rouse, who’s shooting 53% from the field and already has more than 1,000 points in her career. Her willingness to rebound on both ends of the court and get out in passing lanes also has been a major plus for Robinson.

“Alex knows how to attack and when to attack,” Love said. “She has a very high IQ and pays attention to detail, especially on defense.”

Rouse has grabbed at least 3 rebounds and recorded 3 steals in the same game 13 times this season. She also noted that her preparation has been one of the keys to becoming the Lady Senators’ top player, which coincides with Love’s reference to her IQ.

“Before a game, I try to visualize what the game is going to be like while I listen to music,” she said. “I try to get up as many shots as possible, and I try to work up a little sweat to take the nerves away.”

Robinson has displayed enough confidence to win nine games in blowout fashion. Love believes the team’s maturity is much higher than it was a year ago, but he also thinks the Lady Senators have more things to figure out to continue their rise.

“Being able to execute more shows how far they’ve come,” he said. “They’ve bought in on defense. But at times, when we’re winning games, we tend to lose focus. So we’re getting close, but we’re not quite there yet.”

Rouse’s growth is apparent, and it’s only going to increase, according to Love.

“She’s getting looks from colleges,” he said. “She hasn’t gotten any official offers, but they’ll come. She’s probably the most underrated player in the state.”

Rouse at a glance

NOTEWORTHY Has scored in double figures in every game this year. … Registered 30 points or more seven times, including a season-high 39 vs. Episcopal Collegiate on Dec. 28. … Averaging 22.4 points per game in conference play. … Had 104 points total over a three-day span to lead Robinson to the Wildcat Classic title in December. … Records 3.7 steals, 2 assists and 1.4 blocks per game to go along with 25.5 points and 6 rebounds.