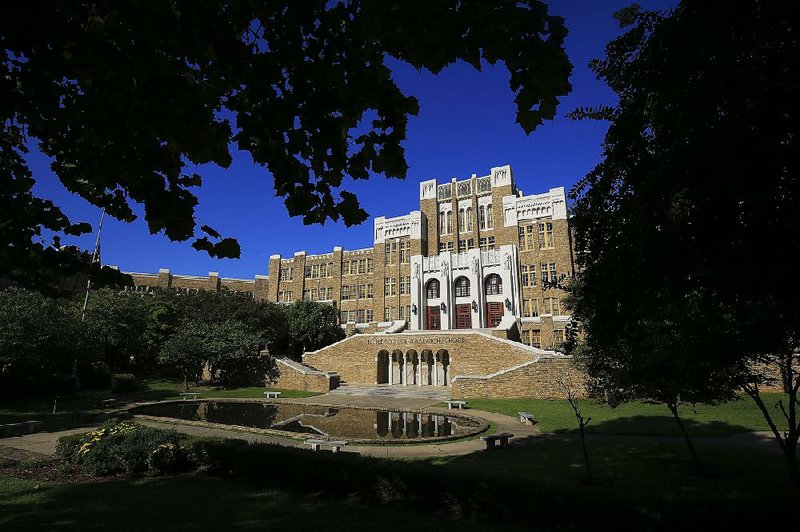 Little Rock School District officials have ordered that all Little Rock schools be closed today and Tuesday because of a high number of staff members calling in sick.

The statement said that a number of schools in the district have reported higher-than-normal absenteeism in recent weeks among students and staff because of the flu, and on Friday, students were released early at Geyer Springs Early Childhood Center because there were not enough staff members in attendance to meet the required student-staff ratios.

The announcement about the districtwide school closure was made just after 6 p.m. Sunday, and it said the district's maintenance staff will "provide additional cleaning at school sites."

School offices will be open all week, according to district spokesman Pamela Smith.

In addition, the district statement said the days missed would have to be made up either on Saturdays, during spring break, or at the end of the school year, and they would not be eligible as Alternate Method of Instruction days.

Alternate Method of Instruction, or AMI, days were established by the state Legislature and allow students to do their work from home, meaning the days do not have to be made up.

"AMI days may only be used for inclement weather, a power outage, or some other unscheduled event," said the school district's statement.

However, Act 862 of 2017 states, "Commissioner of Education may grant up to the equivalent of ten (10) student attendance days for public school districts that have an alternative instruction plan approved, including without limitation virtual learning, on days when the public school district is closed due to exceptional or emergency circumstances such as: a contagious disease outbreak, inclement weather, other acts of God; or a utility outage."

Multiple calls and text messages to Little Rock School District Superintendent Mike Poore on Sunday night were not returned. At 9:30 p.m. Sunday, Smith sent a text message that read: "I can only share what we sent to parents. Mr. Poore will be happy to respond to your questions tomorrow."

The Cabot School District was closed Thursday and Friday because of flu concerns, said Liz Massey, spokesman for the district. In that district, Massey said, the two days were Alternate Method of Instruction days.

Cabot School District Superintendent Tony Thurman "doesn't take those lightly," Massey said. "It is a privilege to have those days available to us."

Last week, the Little Rock district's Martin Luther King Jr. and Rockefeller elementary schools were closed for two days in an effort to stem the spread of the flu.

A text message to Smith late Sunday night asking whether those days will have to be made up was not returned.

This week's closure takes place two weeks after the Little Rock Education Association met in a private session to examine ways -- including a work stoppage -- to oppose recent district-related decisions.

Those decisions by the state and district include the notice last month to employees at four schools that they will be given nonrenewal notices in April for the 2020-21 school year if they can't find other jobs within the district by that time.

Three of the schools are closing -- J.A. Fair and McClellan high schools and Rockefeller Elementary. Hall High is becoming a special-program magnet school, prompting the state Board of Education to vote to require that all jobs at the school be declared vacant and opened to any interested applicants.

"I think you can expect another action," Teresa Gordon, president of the Little Rock Education Association, said in an interview after the 2½-hour meeting about the potential for a strike by teachers and other employees.

"I just can't say when, or what," said Gordon, who earlier led some employees on a one-day strike on Nov 14. Some employees didn't participate in the one-day strike, and the district schools -- staffed in part with substitutes and Arkansas Department of Education staff members -- stayed open to students.

On Sunday night, Gordon issued a release acknowledging that the district has been hit hard during flu season, then went on to say that the district is suffering from "a disease that infects the needs of our children and young adults with the political interests of the Walton family and their hand-picked decision makers in the state capitol."

Shortly after the announcement by the Little Rock School District, the city of Little Rock announced in a news release that after-school programs conducted at community centers around the city will be closed for the same time period, during which time staff members will disinfect the centers.