No clear Daytona favorite pops up 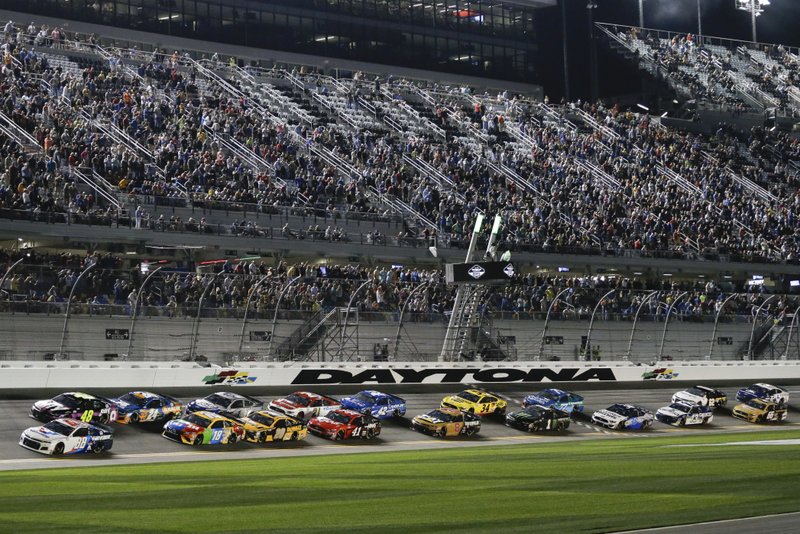 No single manufacturer has a demonstrated edge going into NASCAR's version of the Super Bowl. It was a Toyota 1-2-3 sweep for Joe Gibbs Racing last year, in part because of mandated manufacturer alliances for drivers to work together, but there's so far been little indication the race will play out the same way today.

Instead, this is a wide-open field of 40 drivers and all believe they have a shot at the life-changing victory and the record $23.6 million that will be divvied up among the drivers. And why not? The unpredictability of Daytona allowed Justin Haley to gamble on rain strategy in July and shock the field with a win in his third and final start of the season.

Now Haley is back at Daytona for his debut in the Daytona 500, just one of a handful of drivers in a watered-down field that includes six Cup Series rookies, a 10-year veteran who had failed to qualify for the race in his only other previous attempt and a slew of others chasing the payout that can extend the season for any fledgling team.

Timmy Hill raced his way into today's field in a qualifying race and said his Daytona 500 debut will keep tiny MBM Motorsports in business for the foreseeable future. More important? Hill thinks he's got a chance to be competitive.

"My car is very capable of running competitively in this race," Hill said. "I feel like we're not just here to participate, we're here to race."

But no one knows what that racing will look like when the flag drops on the 62nd running. The exhibition Busch Clash was a demolition derby as drivers shook off the offseason rust and adjusted to NASCAR's new rules package.

The superspeedway rules implemented last season put a taller spoiler on the cars and made for unpredictable closing rates -- and they were not used in the Daytona 500. Teams raced the package twice at Talladega, and in the July race at Daytona that was shortened 82 miles by rain. Moments before the sky opened, former Daytona 500 winner Austin Dillon wrecked the favorites with an aggressive move as the leader.

The Busch Clash last weekend was similar as Logano threw a block on reigning series champion Kyle Busch that caused a wreck that collected Logano teammate Brad Keselowski. Angry words were exchanged, cars destroyed and only six drivers were running at the end. Keselowski and Logano are downplaying any feud, but blocking is a legitimate concern for today.

"At the end of the day, you block because it works. It works until it doesn't," Clint Bowyer said. "That's successful until it's not, and then you're the bad guy. You've wrecked the whole field because it was an untimely block, and you wrecked everybody, but if you didn't, you should have and you're going to lose the race.

"So it's a tricky thing to judge. It puts you on the spot. And it's do or die, and it's a decision that has to be made that fast."

Kevin Harvick, the 2008 Daytona 500 winner, thinks smart racing will be critical today with drivers having to ignore the way they've previously raced the speedway.

"I think survival will be more talked about this year than any year in the past," Harvick said. "We have all been programmed to block and do things with the old package for so many years, and this is not the old package. The runs are happening faster. The cars are kind of lining up and spin out really easy to the right when you push them wrong. They are fast compared to where we were before."

Two-time and defending race winner Denny Hamlin is the William Hill betting favorite at 10-to-1 and his Toyota has indeed been good every time he's hit the track. And even after he suffered extensive damage in the Clash, he was still able to push teammate Jones to the victory.

The Daytona 500 has not had a back-to-back winner since Sterling Marlin in 1994 and 1995, and he's one of only three drivers to accomplish the feat.

"It's tough, but there is more confidence," Hamlin said. "I think it's been really a great run we've had over the last eight years in particular. We've been a factor to win every Daytona 500 it seems like for the last decade. I come here thinking there's no reason that should be any different."