EPA financing expansion of testing in communities by Joseph Flaherty | February 24, 2020 at 3:12 a.m. 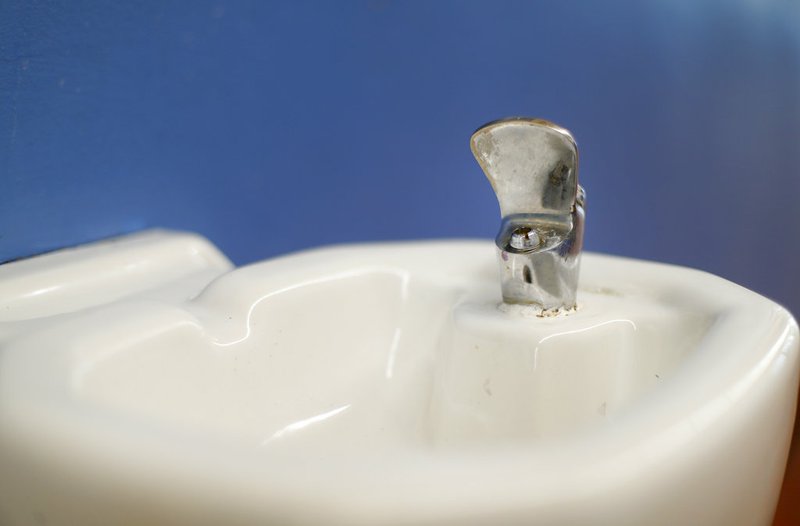 A dry drinking fountain is shown at Detroit's Gardner Elementary School in this Sept. 4, 2018, file photo.

The Arkansas Department of Education will test for lead in the drinking water of schools and early childhood centers -- the first widespread program of its kind in recent memory -- thanks to a $450,000 grant from the Environmental Protection Agency.

Schools and day care centers can apply to participate in the program beginning in late March, said Tim Cain, director of the Arkansas Division of Public School Academic Facilities and Transportation. Bids for the voluntary program will be ranked based on the age group served and the age of the building, Cain said in an email.

Money was provided through a federal lead-testing program established by the Water Infrastructure Improvements for the Nation Act, which Congress passed in 2016.

Children are especially vulnerable to the negative health effects associated with ingesting lead in drinking water. They can include behavioral and learning problems, a lower IQ and slowed growth, according to the EPA. There is no safe level of lead in an individual's blood, the agency says.

"We are taking additional steps to identify and reduce lead contamination in schools across the [country]," Ken McQueen, the regional EPA administrator for Arkansas and neighboring states, said in a statement. "Preventing children from exposure to lead is an important public health priority for this administration."

Lead typically enters drinking water through older service lines made of lead that connect homes, schools or other buildings to the main water line. When lead pipes corrode because of water chemistry or other factors, lead can leach into the drinking water by the time it comes out of the tap.

Lead also can get into drinking water from lead solder used to connect pipes or plumbing works. Faucets and plumbing fixtures can also contribute to lead exposure, according to the Centers for Disease Control and Prevention.

Jennah Durant, an EPA spokesperson, said in an email that the money has been fully disbursed to the Arkansas Department of Education. Every state in the nation applied for this funding, she said, and grants are still being awarded.

The state's education and health departments have developed a bid invitation for a testing lab that will provide testing materials and training for schools and early childhood sites. Water samples will be sent to the lab for analysis, and the results will be communicated to stakeholders, Cain said.

The results of the testing program are likely to provide new insight into the scope of the problem in the state.

Amendments to the U.S. Safe Drinking Water Act in 1986 banned the use of new lead pipes or fixtures in water systems and buildings where water is provided for human consumption.