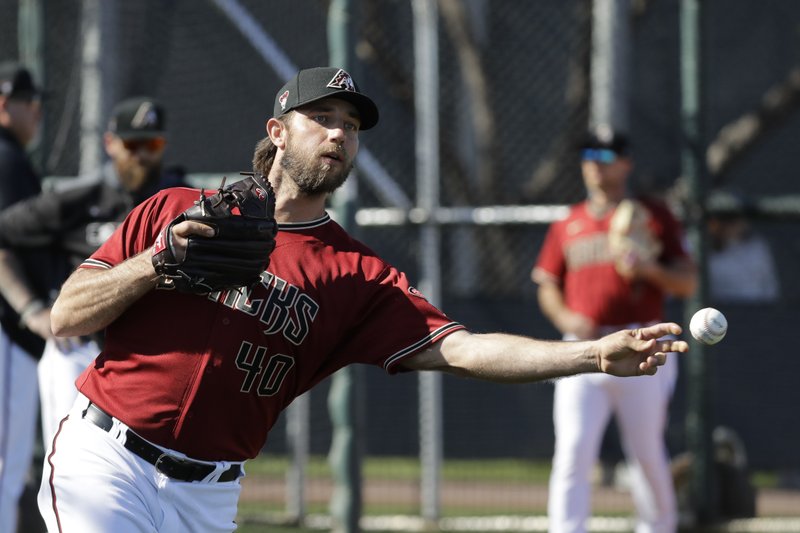 Stephen Jones continues to play the waiting game -- just like every other NFL team executive. Until they get answers, nobody is ready to move. While the Dallas executive vice president made it clear Monday he wants a long-term commitment with quarterback Dak Prescott, he intends to re-sign receiver Amari Cooper and hopes to bring back cornerback Byron Jones all before they become free agents, the uncertainty over next season's league rules has essentially put everything on hold. "We're going to have some challenges. And certainly with Dak and Amari and that's going to shrink [cap space] in a hurry," Jones said. "It's going to be something that we're going to have see if there's a CBA or if there's not a CBA. If there's not a CBA, things will get a lot tougher because of the rules." Last week, NFL owners approved the proposed new deal but the NFLPA's executive committee voted 6-5 not to recommend it. The rank-and-file players are expected to vote on the deal, possibly as soon as Wednesday, after league and union representatives meet Tuesday.

The Green Bay Packers have signed longtime kicker Mason Crosby to a three-year contract extension. Crosby, who turns 36 in September, has been with the Packers since being selected in the sixth round of the 2007 draft. He's appeared in every game since then. His string of 208 games are second in Packers' history to Brett Favre's 255. Crosby is one of four NFL players to appear in every regular-season game since 2007, joining former Chargers quarterback Philip Rivers, Baltimore punter Sam Koch and Dallas long snapper L.P. LaDouceur. Crosby comes off his most accurate season, making 22 of 24 field-goal attempts and 40 of 41 extra points. He's the franchise leader in points (1,575), field goals (329), 50-yard field goals (35) and extra points (588). He also owns the NFL postseason record for consecutive field goals made with 23.

The Detroit Lions are bringing back veteran wide receiver Danny Amendola. Terms of the deal were not disclosed. Amendola had 62 receptions for 678 yards receiving with 1 touchdown last season in his first year with the Lions. The 34-year-old Amendola was just 12 yards receiving away from surpassing his career high set in 2010 with the St. Louis Rams. The former Texas Tech standout made his NFL debut with the Rams in 2009 as an undrafted free agent. He has 547 catches for 5,362 yards and 21 touchdowns with the Rams, New England, Miami and the Lions. Amendola was part of a productive group of receivers with Kenny Golladay and Marvin Jones for a team that won three games last season.

Indiana Pacers guard Jeremy Lamb will miss the rest of this season with a left knee injury. Lamb was injured in the second quarter of the Pacers' 46-point loss Sunday at Toronto. Team officials announced Monday that he had a torn anterior cruciate ligament, a torn lateral meniscus and a lateral fracture in the bone. He will undergo surgery, but no date has been determined. Lamb started 42 games this season and was averaging 12.5 points, 4.3 rebounds and 2.1 assists. He joined the team as a free agent last summer and had been the staring guard until two-time All-Star Victor Oladipo returned from his knee injury in late January and reclaimed the job earlier this month.

The Arizona Diamondbacks knew Madison Bumgarner lives on a ranch but were unaware of his recently discovered side career as a rodeo participant. Bumgarner has been competing in rodeo events under the alias Mason Saunders and won $26,560 in a team-roping competition in December, The Athletic reported on Sunday. Arizona General Manager Mike Hazen said on Monday he was aware Bumgarner was "a very strong horseman" and added even though he didn't know about the rodeos, that knowledge wouldn't have affected the team's decision to sign the 30-year-old left-hander to an $85 million, five-year contract. The GM said he wouldn't comment on what the team will allow the 2014 World Series MVP to do in his spare time or any specifics of the contract or guarantee language. Arizona Manager Torey Lovullo called Bumgarner's past rodeos "a non-issue," and said his new pitcher is a great teammate. The manager said he wants players to have outside lives but also remember what it takes to win. Bumgarner injured his shoulder in 2017 in a dirt bike accident and missed three months of the season. He apologized at the time and called it a "stupid" decision that likely violated his contract. The Giants are not believed to have pressed the issue with the four-time All-Star. Lovullo acknowledged that even though he wants Bumgarner to be safe, his star pitcher's side hustle was interesting. "I don't know Mason Saunders yet but he's a pretty impressive guy, I'll say that," Lovullo said with a grin. "I've seen pictures of him doing some pretty amazing things. That's not easy."

Burke out for year

Texas Rangers rookie left-hander Brock Burke will miss the 2020 season because of a torn labrum in his left shoulder. The Rangers said Monday Burke, 23, is scheduled to have surgery Friday that will be performed by team physician Dr. Keith Meister. The recovery period is expected to be about a year. Burke made his big-league debut with the Rangers in August when he threw six scoreless innings against the Los Angeles Angels. He went 0-2 with a 7.43 ERA in six starts after allowing at least six runs in each of his last three appearances. Burke spent nearly two months on the injured list in the minor leagues early last season because of shoulder issues. General Manager Jon Daniels said Burke has been through a series of treatments since the end of last season, including two injections

Print Headline: Off The Wire