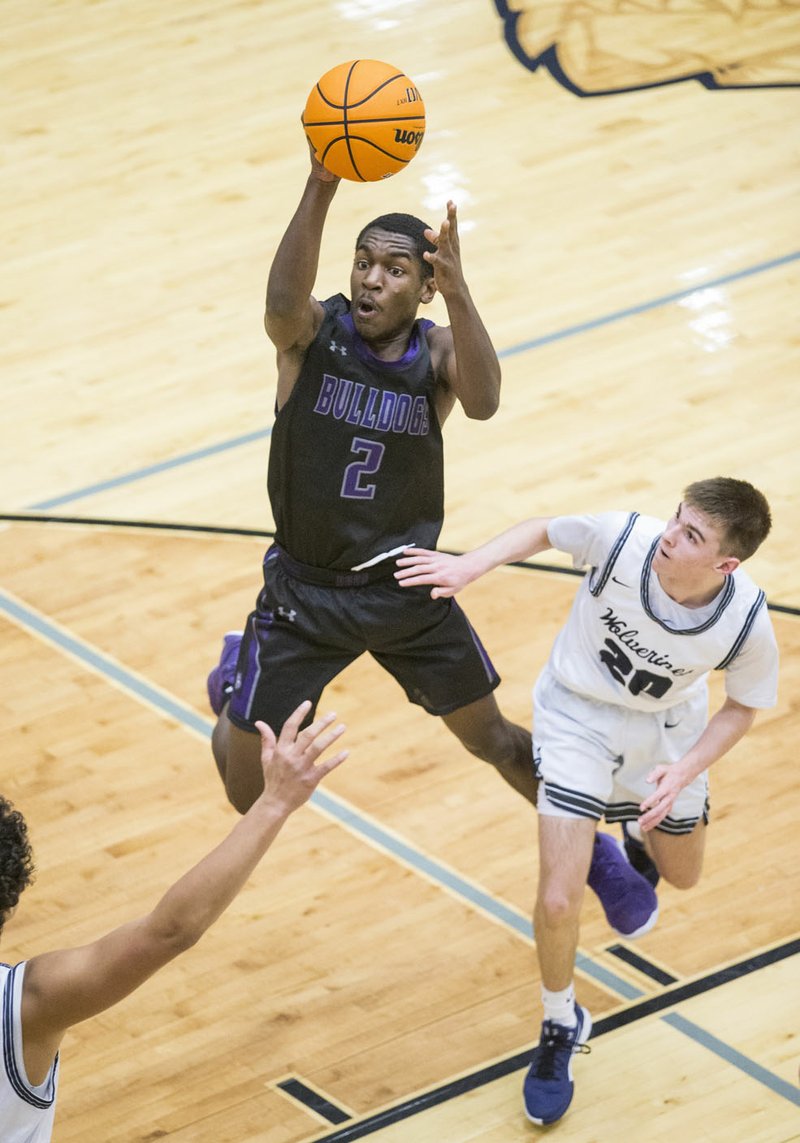 That carried over into his play Tuesday night, particularly in the second half of the 6A-West Conference opener. Williams scored 21 of his team-high 23 points over the final 16 minutes as the Bulldogs claimed a 74-57 victory over Bentonville West in Wolverine Arena.

"I'm so proud of C.J. because he's stayed with us, even when there were nights when he wasn't getting the looks," Stamps said. "He was getting looks, and he was getting it going. That's what we want. We trust him.

"He's a kid that's in the gym and puts in the time. It's so good to see the reward of a young man that keeps playing. I told him during the morning shootaround that Monday was his best practice, and it carried over into the game."

The Wolverines responded and tied the game at 33 on a Dillon Bailey 3-pointer at the 5:48 mark in the third quarter. Fayetteville, however, took the lead for good when Isaiah Releford scored five-straight points, and Williams later hit his third 3-pointer of the quarter to help the Bulldogs take a 46-38 cushion.

"In practice, the coaches just keep telling us to play hard, and we never lose sight of that," Williams said. "All we do in practice is work hard, and all we have to do is play that in the game.

"We just continued to play hard. When stuff goes our way, it's a scary sight."

West did keep it close as two Bailey free throws pulled the Wolverines within 48-44 to end the third quarter. West was still within reach at 59-53 after two more Bailey free throws with 4:34 remaining before Williams hit the rare four-point play and sparked an 11-0 run, and he capped it with four free throws to make it 70-53 with 1:27 remaining.

Isaiah Releford added 15 and Tamaury Releford 10 for Fayetteville, which returns to league play Friday night at home against Rogers. Bailey finished with 26 and was the only player in double figures for West, which travels Friday to Springdale High.

[Don't see the gallery above? Click here to view photos from the game » GALLERY: Fayetteville vs Bentonville West basketball]