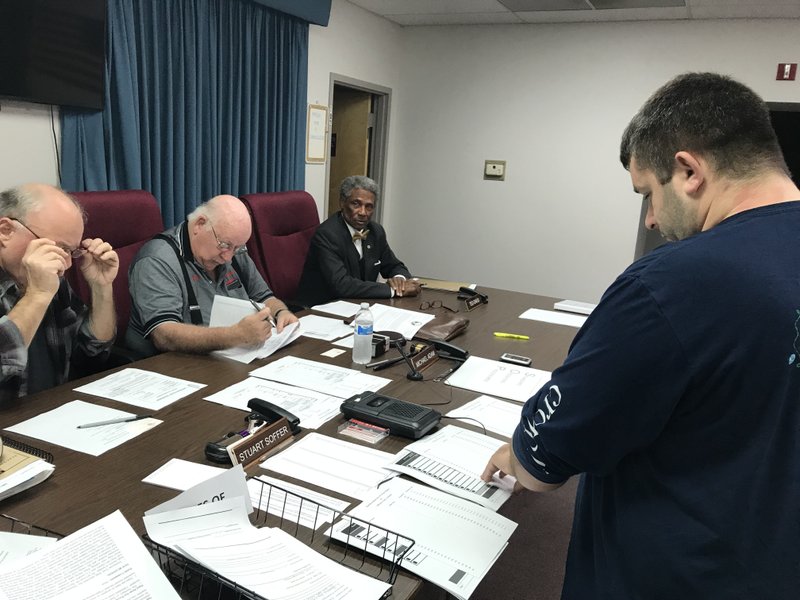 The resignation, which comes at a time when election officials in Arkansas' 75 counties are preparing for March 3 primary, judicial and school elections, is the latest chapter in an ongoing tense situation at Jefferson County election commission meetings in which some participants have argued loudly with each other.

Things reached a head on Oct. 29, 2019, when Davis, who has been the Democratic member of the three-member commission, had filed a criminal complaint with the Jefferson County prosecuting attorney’s office. At the previous night’s Election Commission meeting in October, Davis said that commissioner Stuart Soffer, 78, a Republican, of White Hall, stood up from his seat during a meeting and in a shouting, threatening voice, dared Davis "to go outside to settle this.”

Davis said in the affidavit that he did not respond to Soffer but shortly after the meeting adjourned, he said that Soffer followed him outside the building, issued threats and gestured in a threatening manner.

Soffer has denied any wrongdoing.