University of Arkansas at Little Rock junior forward Ruot Monyyong has been on a tear over the past month.

The 6-10, 190-pounder has recorded six consecutive double-doubles, and he has seven in his past eight games. During his double-double streak, Monyyong is averaging 15.3 points and 13.5 rebounds per game, and he's a key reason why the Trojans are off to a 5-2 start in Sun Belt Conference play.

"I knew we were going into conference play, [and] I knew everybody had to pick it up," Monyyong said Tuesday. "Coach told me to pick it up -- rebounding and finishing, finishing a lot of easy buckets. I just started doing that."

For the season, Monyyong is averaging 12.1 points per game -- which is tied for second on the team -- and a Sun Belt-leading 10.2 rebounds, while shooting 54.2% from the field. He's also tied for first in the league in blocked shots with 32, averaging 1.8 per game.

His 10 total double-doubles this season are tied for sixth in the nation.

Monyyong, a native of Nashville, Tenn., is in his first season at UALR after transferring from Shelton State Community College in Tuscaloosa, Ala.

UALR Coach Darrell Walker has said he didn't expect Monyyong to be this good this early.

"He plays hard. If you look at his frame, you wouldn't think he would rebound and block shots the way he does, but he does. He's long. He's athletic, along with being 6-11," Walker said Tuesday. "He has a nastiness about him that we need on this basketball team. I love how fierce he plays out there on the basketball court. It kind of rubs off on other guys."

UALR sophomore point guard Markquis Nowell, the Sun Belt's second-leading scorer, has been sidelined the past two games with a hamstring injury.

Nowell first hurt it late in UALR's 79-73 home victory over Georgia Southern on Jan. 6. Since then, the Trojans are 0-2 without Nowell.

Walker wasn't optimistic Tuesday about a possible return for the 5-7, 155-pound guard for tonight's game at Coastal Carolina, and Nowell is still considered day-to-day.

"I don't know. I don't think so," Walker said when asked whether Nowell has a chance to play. "But I know he's feeling better. It's a fine line between feeling better and ready to play. You got to be careful with a hamstring."

Nowell is averaging a team-leading 18.8 points, which ranks second in the Sun Belt, 4.5 assists and a Sun Belt-leading 2.5 steals per game.

Elsewhere on the injury front, junior forward Kris Bankston told the Arkansas Democrat-Gazette on Tuesday that he will miss the rest of the season. Bankston, a 6-8, 220-pounder and Little Rock Fair product, has been dealing with a back injury and had played in just three games.

Walker never provided a timetable for a potential return by Bankston, who was averaging 9.7 points and 3.3 rebounds.

It's also still unclear when or if junior guard Alsean Evans will return. Evans, a 6-6, 195-pound transfer from Polk State College in Florida, has dealt with a toe injury, which has required him to wear a boot. He's played in only two games. Walker hasn't stated a timetable for Evans, either.

The Arkansas State University men's team is on track for its best season under third-year Coach Mike Balado, and a big reason why has been the Red Wolves' success in close games.

That was the case again Saturday in Jonesboro when ASU went into overtime with Troy before pulling away for a 76-68 victory.

"This team prepares very well. They pay attention to scouting and they watch a lot of film work, so it's a tribute to them as far as knowing, going into games, what we need to do to win," Balado said Wednesday. "The other thing is resilience. I think that they go in games believing they can win every one no matter who they play, and they never really get too rattled. They just kind of stay the course and stay under control and make plays when they need to."

If there's been one area the Arkansas State women's team has shined the most, it's been with its ability to force turnovers.

ASU forces an average of 17.4 turnovers per game, which ranks sixth in the Sun Belt.

After beginning the season 0-9, the University of Arkansas at Pine Bluff women's team has won three of its past four games to move to 3-10 overall and 2-1 in the Southwestern Athletic Conference. 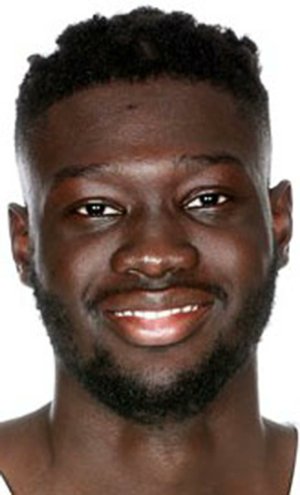