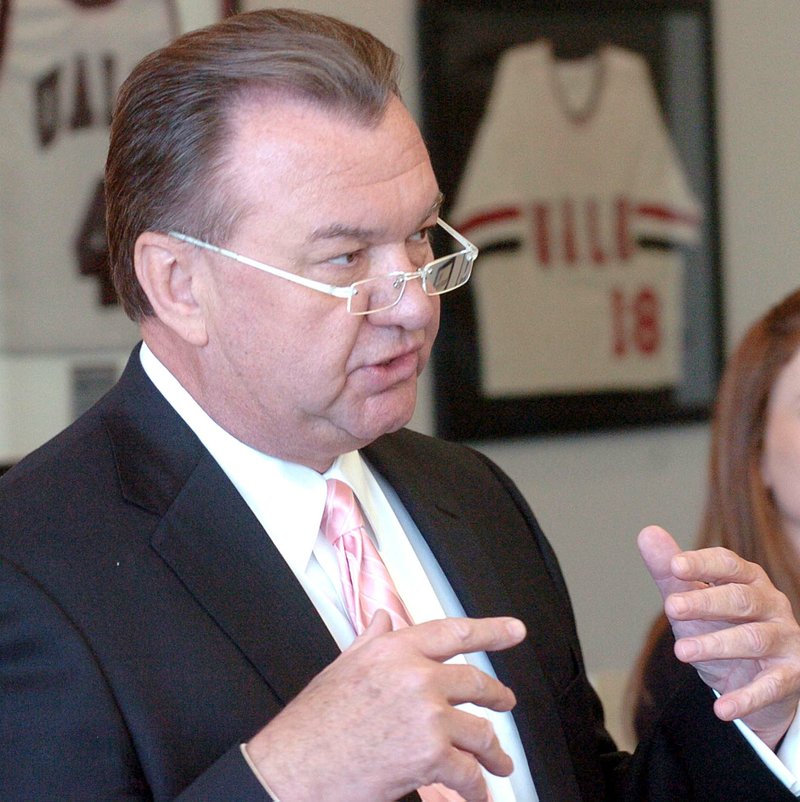 PINE BLUFF — The University of Arkansas at Pine Bluff has named its new athletic director.

In a news conference Wednesday afternoon on UAPB’s campus, Chancellor Laurence B. Alexander formally introduced Chris Peterson as the next leader of the Golden Lions’ athletic department inside a room packed with over a hundred fans, supporters, alumni, students and staffers.

"We were looking for someone who could be the total package of an athletics director, who could bring the academic aspect to it, the compliance, the management of coaches and of individual sports," Alexander said in an interview later with reporters. "We wanted somebody who could be a fundraiser, who could build community relations and community partnerships and really, really work on our relationship with our alumni — and what I can truly say is that Chris checks every box. He's a complete package as it relates to all of those."

Peterson replaces Melvin Hines, who was fired as the school’s athletic director on Sept. 18 for undisclosed reasons after just a little over a year on the job. Alexander declined comment Wednesday when asked about the nature of Hines' firing.

But it was an infamous “hot mic” incident at a UALR soccer game that left a black mark on his tenure and ultimately led to his departure.

During an Aug. 22, 2014, women’s soccer game against Chicago State, Peterson was caught making lewd remarks to other staff members in the press box about the appearance of a UALR player’s mother. His comments were heard during the live online video stream of the game.

Peterson resigned from the school less than two weeks later on Sept. 2, but he didn't provide a reason at the time for his departure. Since his exit at UALR, Peterson said he has spent time coaching football.

This story was originally published at 3:17 p.m.