Charles Starks confers with his attorney, Robert Newcomb, during a hearing in September on his firing from the Little Rock Police Department. Starks, who was reinstated after a lawsuit, is being deliberately stigmatized by Mayor Frank Scott and Police Chief Keith Humphrey, his legal team said Friday. (Arkansas Democrat-Gazette/Thomas Metthe)

Newly reinstated Little Rock police officer Charles Starks got his gun and badge back Tuesday after Pulaski County Circuit Judge Tim Fox gave city officials an ultimatum: Give them back, or the police chief loses his gun and badge and the city pays a daily $10,000 fine.

Starks returned to the city payroll last Thursday at court order, only to be immediately relieved of duty with pay while his gun and badge were withheld. The next day, he asked the judge to hold the city in contempt.

Fox agreed Tuesday that city officials were flouting his order to reinstate Starks and held the city in contempt. The decision to withhold Starks' equipment was an "intentional and willful violation" of his orders, Fox wrote in a three-page order codifying his ruling.

By denying Starks, the city was punishing him beyond the sanctions imposed by the judge, Fox told lawyers representing the city. He further suggested that the city might also have broken the state's civil service laws.

The judge laid out his reasoning in the 20-minute hearing.

"I know the city disagrees with [reinstatement], but it's the punishment allowed by the civil service [laws] and no more," Fox told the parties. "What's happening is an additional punishment, and it's in direct violation of my order of Jan. 2."

In attendance from the city, at court order, were Mayor Frank Scott Jr. and Police Chief Keith Humphrey. Starks had asked that they each be fined $500 per day that Starks' badge and gun were withheld. City Manager Bruce Moore also attended.

None of them spoke in court. Scott and Humphrey declined to answer reporters' questions after the hearing.

The judge's findings came as Starks and the city's lawyers announced that they had agreed on how much Starks is owed in lost pay and benefits after 8½ months off the job, an amount that will be provided to the judge in the coming days. Still to be resolved is whether Little Rock must pay Starks' legal expenses, which are reported to be $29,952 so far. The city has yet to respond to the pay demand.

Starks was fired in May for violating police procedure when he confronted a car-theft suspect in a moving vehicle before fatally shooting the driver, 30-year-old Bradley Blackshire. Starks, who was injured in the incident, was cleared of criminal wrongdoing, and police supervisors found no fault with his actions, recommending that he not be disciplined.

Starks' firing was ordered by the police chief. Fox overturned Starks' termination on appeal. He ruled that "illogical" decisions by Starks led him to violate procedure but that firing the six-year officer was too harsh. Fox reduced the penalty to the second-most severe level, a 30-day suspension and a reduction in salary to rookie level. The city is appealing that decision.

At Fox's order, Starks returned to the police force last week. The judge said Tuesday that he intended Starks to return to the standing the officer had before the fatal confrontation with Blackshire.

"Whatever you do to him duty wise, he has to have that same exact status," Fox said.

Failure to comply would mean the police chief would have to personally hand over his badge and gun to the court to be held, and the city would be subjected to a daily $10,000 fine payable at 9 a.m. each business day, Fox said. Since that money would come from taxpayers, it must be delivered by whomever made the decision to continue disobeying his orders and "chosen to waste" the funds, the judge said.

Those penalties would have continued until either the city complied with court orders or the Arkansas Court of Appeals assumed jurisdiction of the case and decided to end the sanctions.

The city's lawyer, Michael Moore of the Friday, Eldredge & Clark firm, told the judge that the only possible delay would come from Starks getting his duty weapon back since he was required to requalify with the weapon at the police shooting range. Fox said he would not accept undue delays in getting Starks recertified with the weapon and that Starks must get his gun back the same day he passes the test.

Starks' attorney, Robert Newcomb, confirmed by phone Tuesday afternoon that Starks had passed his marksman test and that his badge and gun had been returned.

But Moore and Newcomb indicated that there is another dispute brewing -- the issue of Starks working off-duty law enforcement jobs.

In court filings, Newcomb has reported off-duty employment is worth at least $20,000 a year to Starks and that his time unemployed and unpaid has put the 32-year-old in financial difficulty.

The city's position on Starks resuming law enforcement duties was made clear in a letter Thursday from the city's lawyers to Starks' legal team that is in the court file. Moore said the city does not want Starks working in any law enforcement capacity and told the judge the city is considering putting him on a modified administrative leave.

"We believe that issuing [Starks] a weapon and thus authorizing him to engage in police duties when he is out in public but not on duty subjects both him and the city to unnecessary risks," the correspondence states. "This is especially true given the fact that Judge Fox found in his January 2, 2020, order that [Starks'] violation ... and his illogical decisions which ultimately led to the death of a citizen of the City of Little Rock."

Moore told the judge that no officer is entitled to work off-duty because those jobs must be approved by the chief. That makes the off-duty assignments an administrative decision, which is not reviewable by the civil service, Moore said.

Blackshire's shooting is now the subject of a federal wrongful-death lawsuit, and his family and supporters have demonstrated, leading to some arrests, although the resulting misdemeanor charges were later dropped.

A flier circulated in the community since Starks was ordered to be reinstated features Starks' photo and labels him a "killer cop on patrol duty" who is "armed and dangerous."

There also appeared to be some concerns about Starks' safety. He and his lawyers were escorted into the courthouse by half-dozen deputies about 30 minutes before Tuesday's hearing. 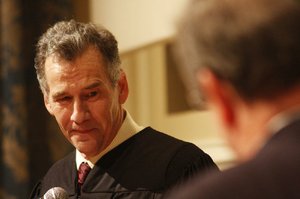 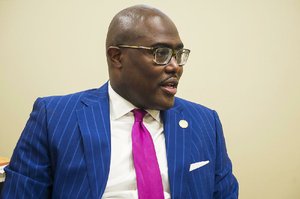 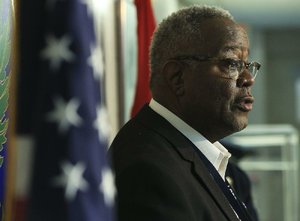