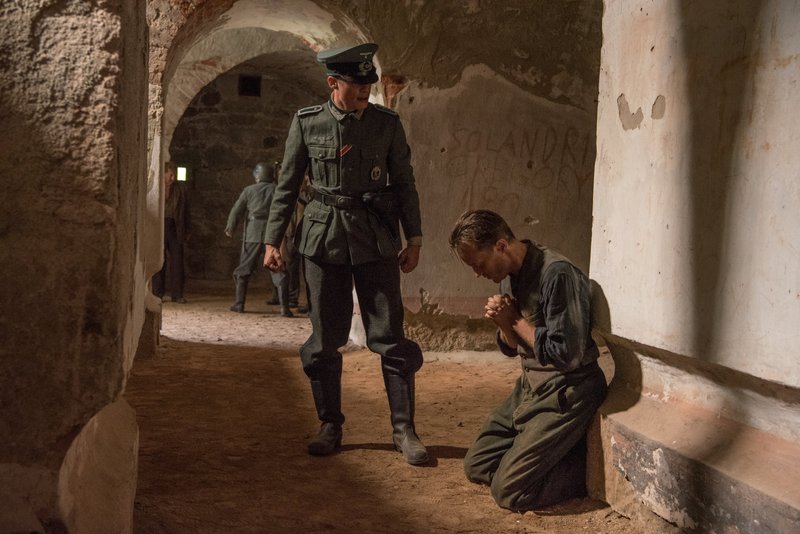 The true story of Austrian farmer Franz Jägerstätter (August Diehl), a conscientious objector who refused to fight for the Nazis in World War II, is told in Terrence Malick’s A Hidden Life.

Some people are confident that if faced with making a moral choice, they would always do the right thing. They would not become part of the mob, they would not persecute the innocent or stand by while atrocities are committed in their name. But the truth is that we are the mob, we are our worst fears. Few are brave. Few can resist the pressures of our tribe.

A Hidden Life is a movie about one of those rare people who tried to live conscientiously, and what became of him. I wanted to love it -- and halfway do -- in part because it was made by one of my favorite filmmakers, Terrence Malick, an artist who has time and time again displayed the capacity for great visual poetry.

His '70s film Badlands is one of the most haunting ever made; 1978's Days of Heaven is elegant and memorable. I love The Thin Red Line and The Tree of Life. Even when his films have confounded me, I find their themes compelling and his excavation of philosophical ideas interesting -- Malick, like Paul Schrader (who hasn't always admired his fellow director), is a serious and rigorous thinker.

When, a few years ago, he announced he was moving away from the semi-scriptless experiments of his most recent work (Song to Song, Knight of Cups) back toward a more traditional narrative form, it seemed promising.

And, as promised, A Hidden Life is more conventionally structured than we might have expected from Malick. It is in many ways a conventional bio-pic, the story of an obscure (but not unknown) Austrian farmer named Franz Jägerstätter, a devout Catholic who refused to fight for the Nazis in World War II.

In 1939, Franz (played by August Dieh, most familiar to American moviegoers for his role as a Gestapo major in Quentin Tarantino's Inglourious Basterds) lives with his wife Franziska "Fani" (Valerie Pachner), their three young daughters, her sister (Maria Simon), and his mother (Karin Neuhäuser) in the remote and placid mountain town of St. Radegund.

Though Germany had annexed Austria in 1938 and Hitler had come to power in 1933, Franz and his family are relatively untroubled by the war until he is drafted into the army in 1940. He reports for basic training, though he believes Germany is waging an unjust war.

After the French surrender, Franz and others are sent home under an exemption granted to farmers. He makes no secret of his distaste of Hitler, and worries about the day he'll be recalled to service. When he's greeted with an obligatory "Heil Hitler" on the street he responds with "Pfui [pooh] Hitler."

Finally, in 1943, with the war dragging on, he is called up. The soldiers must swear an oath of loyalty to Hitler and the Third Reich, a step Franz is unprepared to take despite the urging of his neighbors, the Nazi mayor (Karl Markovics) of St. Radegund and eventually the Bishop of Salzburg (Michael Nyqvist).

Imprisoned, first in the Austrian town of Enns and later in Berlin, Franz is sustained by his correspondence with Fani, who is ostracized by the townspeople except for a few who secretly support them but are afraid to make any public show of solidarity.

Those letters between Franz and Fani have been published and provide much of the content of this film, as the actors read them in voice-over. They are powerful, and the film is as a kind of docu-drama about a particular hero in a particularly fraught place and time.

A Hidden Life is a conventionally good film, well acted and well shot (by Jörg Widmer, who worked with Malick as a camera operator before being promoted to cinematographer for this film). There are moments of subtle beauty. There is power in the story of a genuine 20th-century martyr. We need to be reminded that there are Franz Jägerstätters and Dietrich Bonhoeffers among us.

But the overt bleeds into A Hidden Life in sometimes clumsy ways. There is no need to connect the Third Reich with the Nazis who are marching still; Spike Lee used documentary footage of the 2017 white-nationalist rally in Charlottesville, Va., in his BlacKkKlansman to blunt and jarring effect. Here it feels like overkill, like Malick deferring to the nightly news. A Hidden Life doesn't need that sort of polemicizing. People will make the connection for themselves or reject the premise of the film.

Similarly, the historical footage of Hitler feels at times like a hedge; a better strategy might have been to keep the monster off-screen.

In any case, at times A Hidden Life feels less lyrical and more illustrative -- there is a directness to the film that, given the subject matter, might have felt necessary but reduce it to a well-meaning, serious movie of ideas. There's nothing very wrong with that, but....

This is Malick's most parsable and straightforward film since Badlands. It's hardly his best. 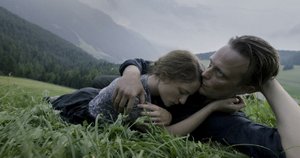 Real life letters between Fani (Valerie Pachner) and Franz Jägerstätter (August Diehl) were the basis for Terrence Malick’s script for A Hidden Life.

Print Headline: Do the right thing