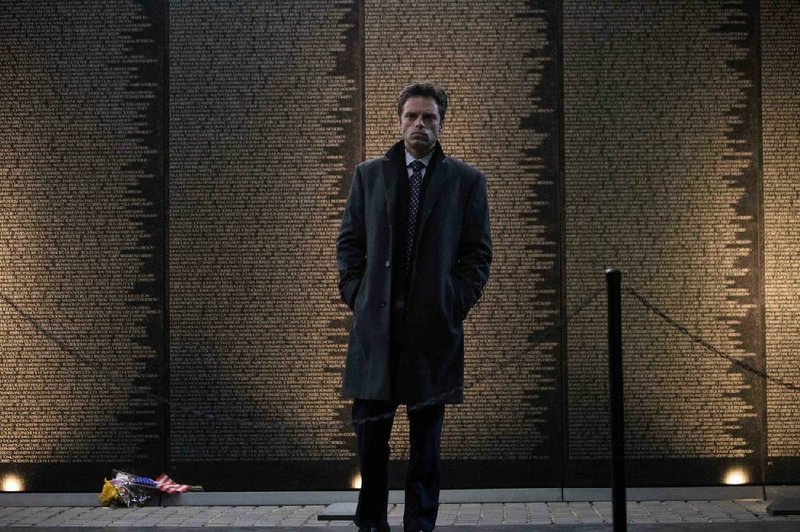 Jaded Pentagon lawyer Scott Huffman (Sebastian Stan) is moved to help a group of Vietnam veterans secure a posthumous Medal of Honor for the airman who rescued them in The Last Full Measure.

It's a pleasure to watch these performers, even when sometimes stilted dialogue and occasional awkward pacing make the film feel pedestrian and awkward.

Rating: R, for depictions of war and violence

That's OK, for one gets the feeling that the filmmakers behind the project -- Robinson, whose resume includes 2006 noir Lonely Hearts and 1996's White Squall, wrote the screenplay and directed -- are most interested in simply telling the real-life story of William H. Pitsenbarger (Jeremy Irvine), a U.S. Air Force Pararescueman who, on April 11, 1966, descended from a helicopter into a hellscape.

Three companies of the 1st Infantry Division (aka The Big Red One, aka the "mud soldiers") were pinned down by Viet Cong forces outside of Cam My, Vietnam. Pitsenbarger was part of a recovery team dispatched to help the wounded. The fire was so heavy that the helicopter was ordered back to base. But Pitsenbarger insisted on being lowered onto the battlefield to help the wounded, where he predictably was killed in action.

"It was a suicide mission," callow Pentagon lawyer Scott Huffman (Sebastian Stan) says. "Suicide is hopeless," old grunt Tully (Hurt), one of the men who witnessed Pitsenbarger's actions says: "This was valor."

The basic premise is that Pitsenbarger was put up for the Medal of Honor, but for political reasons (he was an enlisted man and the culture of the Air Force was such that only officers received the highest commendations) he was downgraded to the Air Force Cross. Yet the soldiers he rescued and the airmen he served with continued to campaign for him to receive the medal.

Huffman takes up their case in 2000, right after he learns he'll soon be leaving his government job because the Secretary of the Air Force who appointed him, Whit Peters (Roache), is returning to private practice. With a young family and baby on the way, Huffman is nervous about finding his next job and about upsetting any of the military powers that be.

While he's initially skeptical ("Isn't the Air Force Cross enough?" he asks Tully), as he begins to interviewing the surviving mud soldiers -- from whom he learns all manner of colorful military jargon -- and bonding with Pitsenbarger's parents (Plummer and Ladd), he becomes Pitsenbarger's champion.

Huffman's process is intercut with flashback scenes of the battle, which feel more made for TV than the scenes charting Huffman's progress. But the good intentions of the project tend to nullify any objections. A more subtle film might have been more critical of the forces that send young men off to die in senseless wars ("Why are you here?" a wounded soldier asks valiant Pitsenbarger during one of the flashbacks, though it's not their place to wonder why).

But as far as it goes, The Last Full Measure honors its subject.