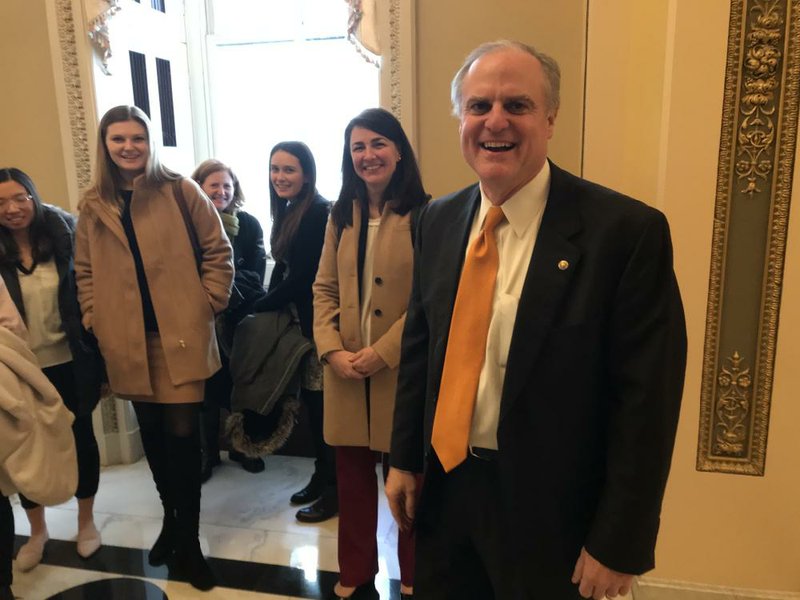 WASHINGTON -- While current U.S. senators were conducting the impeachment trial of President Donald Trump, former U.S. Sen. Mark Pryor was conducting a tour of the Capitol.

A reporter spotted Pryor's group of guests Wednesday in a near-empty hallway just outside the U.S. House chambers.

Asked whether he would like to be back at his old desk determining Trump's fate, the Democrat from Arkansas said: "I sometimes wish I was here. Then I turn on the TV."

He smiled widely as he said it; his guests laughed out loud.

After his 2014 loss to Republican U.S. Sen. Tom Cotton, Pryor joined Venable LLP, one of the capital's top law firms.

A partner there, Pryor co-chairs its Legislative and Government Affairs Group as well as its Congressional Investigations practice, according to the company's website.

Asked to weigh in on the trial, Pryor didn't discuss guilt or innocence. He emphasized, instead, the importance of the proceedings.

Supporters, foes sit in judgment, or not

They declared President Donald Trump innocent before they'd even taken their impeachment trial oaths. But before they can formally absolve him, Trump's top Senate allies had to sit at their desks while House Democrats presented their case.

To help pass the time last week, some Trump advocates carried in a book or other reading materials. A handful, including U.S. Sen. Tom Cotton, were spotted with fidget spinners.

One, the junior senator from Idaho, fell asleep during a long procedural debates. 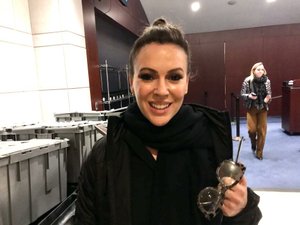 Up in the gallery, actress Alyssa Milano was seated on the front row for much of the time, watching intensely as the proceedings unfolded.

She was a regular fixture the first two days.

"We need to show up to protect our republic and our democracy," she told the Arkansas Democrat-Gazette on Wednesday. "It's very easy nowadays to not show up because we can watch it on our computers and our phones and, obviously, every single channel. But I think it's important to be there and to be present."

If she was sitting in judgment instead of the gallery, she'd be voting to remove Trump from office, she said.

"I think the evidence is really clear," she said.

Initially, one could dismiss the dispute as partisan politics, she said. That's no longer the case, she added.

"It's now become a national-security threat," she said. "I think we've reached a boiling point. ... The country is less safe with him as president and I do believe he needs to be removed."

For ardent Trump fan, 'This is history'

Many of the people in line to witness the impeachment trial last week were tourists, fortunate that their long-scheduled trips coincided with a history-making moment.

Others traveled to Washington, D.C., solely to see the proceedings.

Will Johnson, a pro-Trump activist and Little Rock native, said he was in the latter category.

Wearing a "Trump 2020 Keep America Great" cap and a "Save America in 2020 -- Vote Dem Out" T-shirt, said he didn't mind waiting in line for hours if that's what it took to get inside the Senate chambers.

"This is history," he said. "I mean, presidents have been impeached in the past but never partisan impeachment."

Johnson, who now lives in the Austin, Texas, area, gives President Donald Trump high marks for his leadership over the past three years.

"I believe President Trump has done a lot for America," he said.

"I'm going to be honest. One of the things I really like about him is because he doesn't act presidential," Johnson said.

Trump is fixing problems caused by previous leaders who "acted presidential" but failed to lead the nation in the right direction, he added.