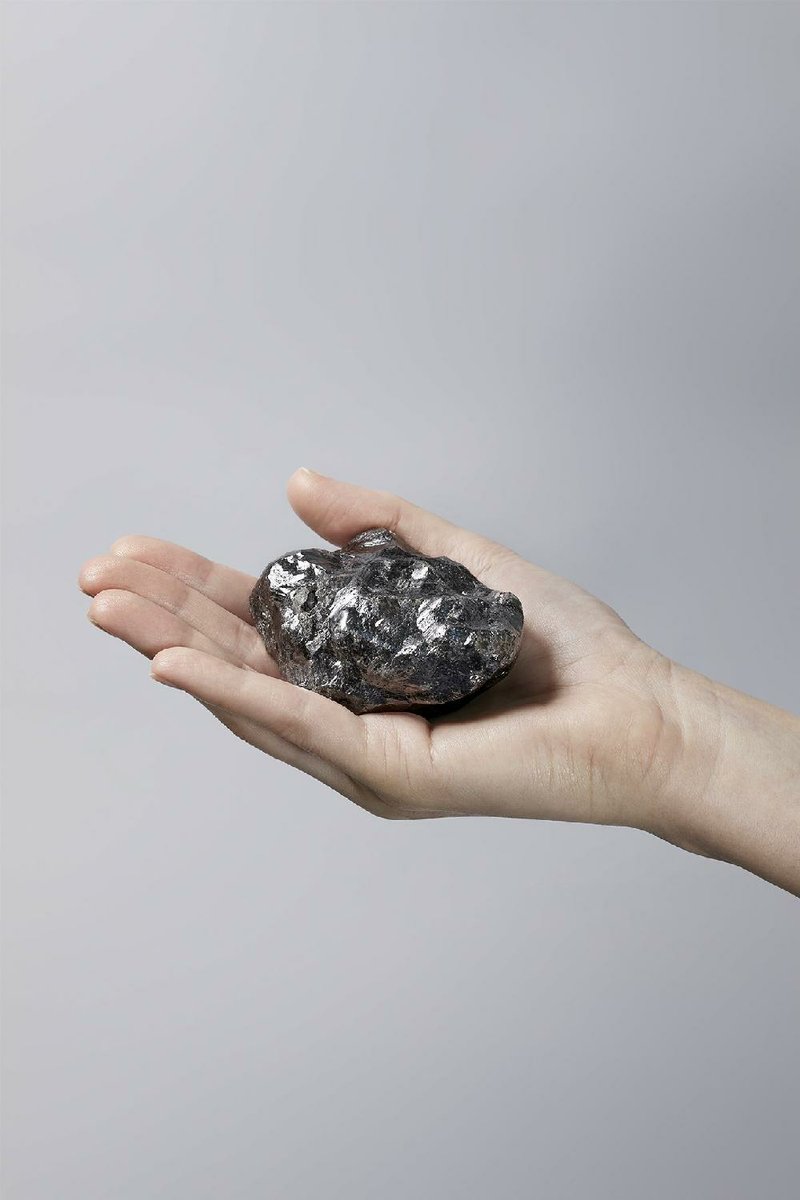 The 1,758-carat Sewelo diamond, which has been bought by Louis Vuitton, is shown in an undated image provided by the fashion house.

The largest rough diamond discovered since 1905, the 1,758-carat Sewelo, was revealed with great fanfare in April, named in July and then largely disappeared from view. Now, it has resurfaced with a new owner -- and it's not a name you might expect.

It is not, for example, Jeff Bezos on the hunt for a trophy asset. It is not a royal family, searching for a centerpiece for a new tiara. It is not the De Beers Group, arguably the creator of the diamond market, which owns the Millennium Star diamond, a 770-carat pear-shaped stone.

It is not even diamond specialist Graff, owner of the Graff Lesedi La Rona, a 302.37-carat diamond that is the world's largest emerald-cut sparkler.

It is Louis Vuitton, the luxury brand better known for its logo-bedecked handbags than its mega-gems, which has been present on Place Vendôme, the heart of the high jewelry market, for less than a decade.

And it is the latest sign, after the $16.2 billion purchase of Tiffany by French behemoth LVMH (the parent company of Louis Vuitton) in November, that LVMH is out not just to compete but to utterly dominate the high jewelry market. Taken together, the double punch of purchasing (brand and stone) in less than two months is the luxury equivalent of shock and awe.

"There are less than 10 people in the world who would know what to do with a stone like that or how to cut it and be able to put the money on the table to buy it," said Marcel Pruwer, former president of the Antwerp Diamond Exchange and managing director of the International Economic Strategy advisory firm. "To buy and then sell what could be a $50 million stone, you need the technical qualifications, as well as the power to write the check and take the risk."

Michael Burke, chief executive of Louis Vuitton, declined to say how much the company had spent on the stone, though he acknowledged that it was in the "millions" and that "some of my competitors, I believe, will be surprised" that Vuitton was the buyer.

"Nobody expects us to put such an emphasis on high jewelry," Burke said. "I think it will spice things up a bit. Wake up the industry."

According to Jeffrey Post, curator in charge of gems and minerals at the Smithsonian Institution, "if you buy a diamond like that, it gives you immediate credibility." It is also, especially in the case of the Sewelo, more risky than you can imagine.

Discovered in April at the Karowe mine in Botswana (owned by Lucara Diamond Corp., a Canadian miner), the baseball-size Sewelo is the second-largest rough diamond ever mined.

The largest was the 3,106.75-carat Cullinan diamond, which was discovered in South Africa in 1905 and eventually yielded two enormous high-quality stones -- one of 530.4 carats and one 317.4, both now part of the British crown jewels, as well as many smaller stones.

The Sewelo is also the largest rough diamond ever found in Botswana (a country that has become an emblem for responsible mining) and the third very large diamond discovered in Karowe.

The mine also produced the 813-carat Constellation, uncovered in 2015 and sold for $63 million to Nemesis International in Dubai, United Arab Emirates, a diamond trading company (in partnership with Swiss jeweler de Grisogono) and the Lesedi La Rona, discovered in 2016 and sold to Graff for $53 million.

Unlike the Constellation and the Lesedi, however, it is covered in carbon (at the moment it looks like a big lump of coal), which makes exactly what kind of diamond material is inside a "mystery," according to Ulrika D'Haenens-Johansson, a senior research scientist at the Gemological Institute of America.

It also makes "the risk that much greater," Pruwer said. When the stone was unearthed, there was a fair amount of speculation that it may be worth significantly less than its not-quite-as-giant siblings.

The profitability of any large stone depends on its yield: how many gem-quality carats can be gotten out of it once cut to maximize the price, which is, in turn, a function of the impurities in the stone -- though, as D'Haenens-Johansson points out, even the impurities have value in a stone this size. They can reveal when the diamond was created and at what depth in the earth.

The mine, which has examined the diamond through a tiny "window" in the coal and scanned it with lasers, describes the stone as "near gem quality," with "domains of high-quality white gem." There are 10,000 gradations of diamonds, ranging from D-flawless (the rarest) to industrial stones used in cutting and manufacturing.

"Is it D or D-flawless, and how big is the flawless part? I don't know," Burke said, acknowledging that the purchase "took a little bit of guts and trust in our expertise." (To be fair, LVMH can afford it. Its revenues in 2018 were 46.8 billion euros, or $52 billion.)

Still, Post said, "You don't buy a stone like that unless you have some plan for what you are going to do with it and some belief that there is enough clear material that you can cut it and make a profit."

Burke said when he showed the stone to Bernard Arnault, the majority owner and chief executive of LVMH, and "he had it in his hand, he smiled." A smile from Arnault, a famously taciturn executive, is the equivalent of a scream of triumph from another chief executive.

After all, along with the potential profits, LVMH also bought the less quantifiable, but nevertheless palpable, bragging rights to the diamond in an industry in which mythology and romance are part of the price.

Burke said that when his team suggested that Vuitton consider buying the Sewelo, his initial reaction was: "What took you so long?"

"It's a big, unusual stone, which makes it right up our alley," he said. It is also the first time Vuitton has bought a rough stone without having presold it to a client. (According to Pruwer, most branded fine jewelers buy stones that are already cut and polished.)

"We are experimenting with a different way of bringing a stone to market," said Burke, who said Vuitton would not cut the stone until it had a buyer and that the company did not plan to hang on to the stone as a showpiece, the way Tiffany has kept its 128.54-carat namesake stone.

Vuitton's partners in Antwerp are building a scanner able to see through the stone's coating, though with the imaging already in place, including a CT scan, they have estimated it could yield a 904-carat cushion-cut diamond, an 891-carat oval or several stones of between 100 and 300 carats.

As for the fact that the acquisition happened around the same time as the Tiffany acquisition, Burke said it was a coincidence. Yet he acknowledged, with some understatement, that LVMH "typically likes to become leaders in whatever field we go into."

And if the Sewelo doesn't prove to be quite as lucrative as LVMH is betting? "I'll go jump in a river," Burke said.