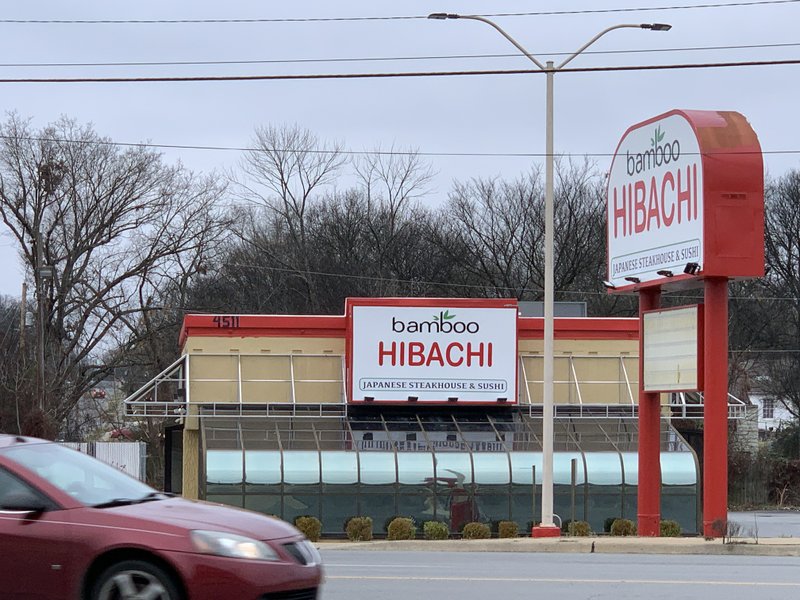 Don Dugan and Tasha Stratton, owners of Dugan's Pub, Dizzy's Gypsy Bistro and Stratton's Market, are the new owners of South on Main. Owner-chef Matt Bell announced last week that he and his wife, Amy, were selling the 7-year-old restaurant at 1304 Main St, Little Rock, to move to Nashville, Tenn., where Matt Bell is slated to take over Gray & Dudley, the restaurant in Nashville's 21c Museum Hotel. The full transfer of ownership will happen after Bell's last service, Feb. 9, and restaurant and music venue operations will continue without interruption. 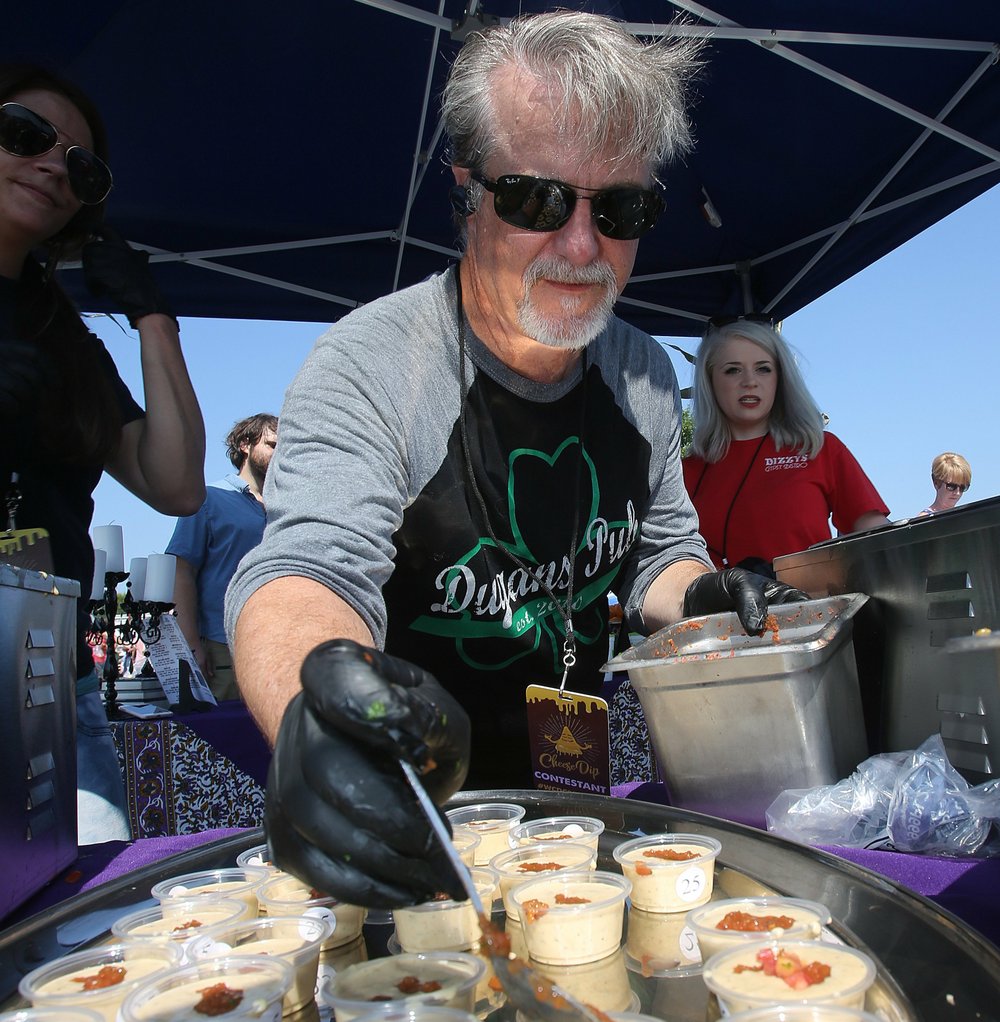 "Matt called me a couple-three weeks ago and told me he was taking the job in Nashville and asked me if I was interested in buying the restaurant," Dugan says. "It definitely took me by surprise. I just felt like that was a great opportunity and that we couldn't afford to pass it up."

"He has the same understanding of what that place is," Dugan says. "We want to make sure the food is still approachable but upscale. Tasha and I felt good about his thoughts about the direction he could go, what he can do, so we're looking forward to giving him that opportunity."

Remaining South on Main veteran staff members include Chloe Wilmoth, who will serve as guest operations manager, and Courtney Stowers, who will serve as general manager. The Dugans said they plan to maintain the connection with Oxford American magazine for concert programming. Dugan says they'll be evaluating hours of operation "to see what works and doesn't work."

He doesn't think, with three restaurants and a market to run, that he's spreading himself too thin.

"I'm not going to be running day-to-day operations," he explains, adding that "I'll be around and give direction and guidance," but the staffs at his current establishments "aren't dependent on me to be there every day." 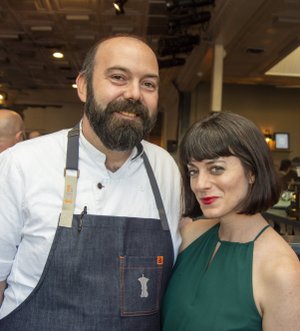 And in case you missed these items online last week: 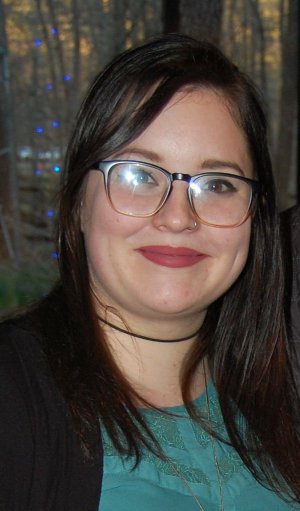 • We also reported last week the purchase by Blue Cake Company of Honey Pies, 315 N. Bowman Road, Little Rock. That space, which has more refrigerator room among other advantages, will become the merged company's prime location: Blue Cake's Pulaski Heights operation, 6800 Cantrell Road, will become a satellite, primarily for cake pickups and "walk-in ready treats," says Blue Cake General Manager Katie Proffer, including the bakery's cookies, petits fours and cupcakes, and also adding Honey Pies' mini-pies to the lineup. The merger, she says, "will let folks have their cake and eat pie too." Proffer said the sale actually went through in September, but the past and present owners waited to announce it so as not to deter Honey Pies customers from making purchases during the peak Thanksgiving/Christmas season. The Bowman Road location will keep its current hours — 9 a.m.-6 p.m. Monday-Friday, and possibly closing an hour earlier on Saturday. Hours on Cantrell Road will likely remain 10 a.m.-6 p.m. Monday-Friday, 9 a.m.-3 p.m. Saturday. The phone number on Bowman Road is (501) 613-7950; on Cantrell Road, (501) 868-7771. The website is thebluecakecompany.com; the Facebook page, which reflects the joint operation (Blue Cake/Honey Pies), is facebook.com/bluecakebowman. 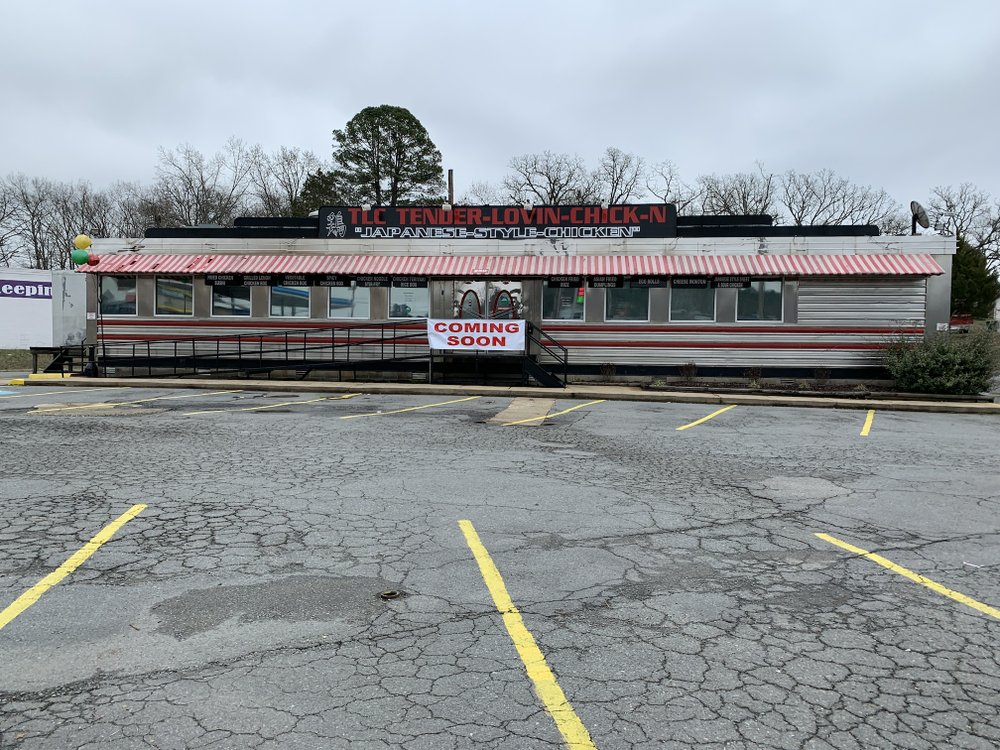 And also in North Little Rock, Norman and Shirley Clifton, owners of the building at 5231 E. Broadway, North Little Rock, that for 99 years housed the White Pig Inn and until recently housed Magnolia Skillet, say they already have new tenants, who are working on opening something called Sweet Poppa’s Cafe. Norman Clifton says they'll be serving Southern-style home cooking and possibly some vegan items. We were still awaiting additional details by deadline.The Cliftons over the years have sort of specialized in acquiring venerable former North Little Rock restaurants, also including Sir Loin's Inn, Cuz Fisher's and the original Mexico Chiquito in Prothro Junction, all of which they have since sold and for which the new owners have found alternate uses.

Look now for the opening of Hubcap Burger Co. in the former Casey's Bar-B-Q/Arkansas Burger Co. building, 7410 Cantrell Road, Little Rock, sometime the week of Feb. 10. Owner Erin Griffin, who also co-owns Cotham's in the City with husband, Jon Griffin, says on top of all the other construction, plumbing and permitting difficulties she has faced in getting up and running, the grill she had ordered more than doubled in price and she's had to order one from a different company. That grill, she says, is scheduled to ship Friday — that has scotched plans for a Monday soft opening — and will have to be installed and her employees trained on its use. The restaurant will serve Cotham's signature hubcap burger; almost everything else on the menu will also come on a bun, including catfish, chicken tenders and grilled chicken sandwiches and a veggie burger. Griffin has applied for a native beer and malt beverages permit with plans to serve local brews. Tentative hours are 11 a.m.-8 p.m. Tuesday-Thursday, 11 a.m.-9 p.m. Friday-Saturday. A phone number is still pending.

And while we were looking up that application, we found two others of possible interest: for La Catrina Taqueria Fusion, 13121 Arkansas 107, Sherwood, filed Jan. 13 by Jose Guadalupe Erez, and for Taqueria La Picosa, 8622 Chicot Road, Little Rock, filed Dec. 26 by Maria. A. Beza.

And Cherokee Village will host the second annual Arkansas Pie Festival, 10 a.m.-4 p.m. April 18 at the city's Town Center complex, with 20 professionals from around the state preparing pies for judges and attendees. Pies from home-chef and student bakers will also be on display and auctioned off for charity. There will be music, food trucks, pie-eating and -throwing contests and an Arkansas Pie Pop-up Shop. Miss Arkansas 2019 Darynne Dahlem is scheduled to be on hand. Tickets are $8 in advance, $10 at door, $5 for children 5-12, free for children under 5. Visit arkansaspiefestival.com.

CORRECTION: Sweet Poppa’s Cafe is planned for the former Magnolia Skillet space. An earlier version of this story misidentified the restaurant.