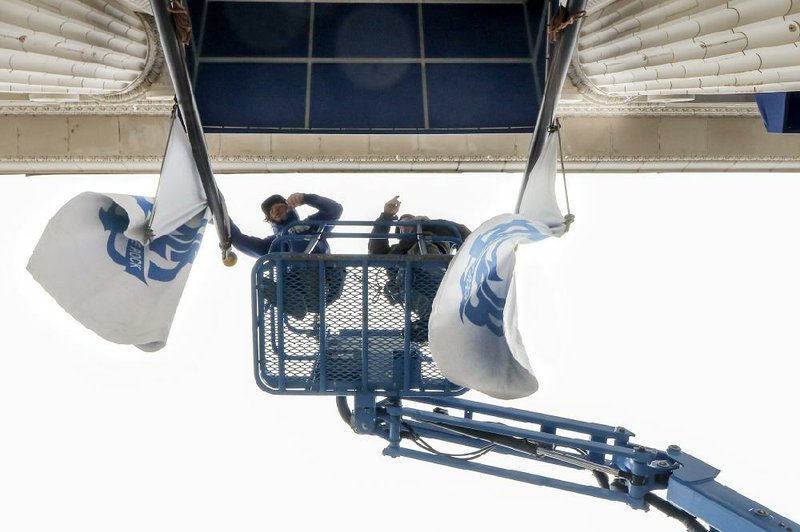 The City Council unanimously approved Monday an ordinance that states the city requires the use of facial covering in accordance with Arkansas Department of Health guidance to help curb the spread of the coronavirus. The ordinance is based on the model provided by the Arkansas Municipal League.

Mayor Joe Smith, who wasn’t present at the meeting, voiced his support last week for the measure. Council member Debi Ross presided over the meeting in his absence.

“We are basically losing the battle against covid-19, and one of the reasons we are having such a challenge is we haven’t been following proper protocol,” Smith said in his weekly covid-19 briefing. “I have sponsored legislation that basically says that the city of North Little Rock, and the mayor and the City Council, says that you got to wear a mask.”

Ross told the City Council that the ordinance allows businesses to call the police if a customer is failing to abide by the regulations.

“Police won’t be taking calls from residents,” Ross said. “This is for business owners and store owners only, so please don’t flood the department with calls about people not wearing masks.”

If a business requests police assistance due to a patron refusing to wear a mask, an officer will make that person leave the business under the ordinance.

Tracy Roulston, interim chief of police, told the City Council that officers would not require residents to have a doctor’s note if they can’t wear a mask for medical reasons.

Ross said there are no penalties attached to the ordinance because Gov. Asa Hutchinson didn’t give cities that kind of option, but she mentioned the measure is greatly needed.

“I have been really surprised by the number of business owners that have contacted us asking us to please pass this [ordinance],” she said. “I have friends who are in their 70s who haven’t left their house in four months because of the lack of people wearing masks. I have had 60 pro-mask emails and three against it. We represent our residents and constituents and that is how I will vote.”

City Clerk and Treasurer Diane Whitbey said the ordinance will go into effect once it’s published on Wednesday.

The North Little Rock Chamber of Commerce passed a resolution that supported an ordinance requiring face coverings in public spaces and private businesses and anywhere that social distancing guidelines cannot be followed.

John Owens, president and CEO of the Chamber of Commerce, told City Council members the agency was inspired last week to move forward with the resolution after a large number of businesses expressed their concerns about the lack of a mask ordinance in the city.

“We stand behind you,” Owens said. “We have created some signs that we will email out to businesses that they can use if they want to. We would do that electronically, and we will have printed versions they can pick up from City Hall.”

Hutchinson said the state waited until now to create the model ordinance because he wanted to allow time to fully educate the public on the value of wearing masks and to ensure consistent policies throughout the state.

Jason Brown, a North Little Rock resident, wrote to the City Council about how a mask ordinance was necessary for businesses to continue to operate.

“With a mask ordinance in place, business owners will have the guidance needed to enforce safe practices for its employees and customers under the support of our city government,” he said.

Kent Walker, a lawyer at the Walker Law Firm in North Little Rock, also wrote his support for the ordinance.

“UAMS has said masks are like pouring ‘cold water’ on the virus,” Walker said in an email to the City Council. “Until such time as the Governor mandates masks state-wide the passage of city ordinances are the best we can accomplish. Please let’s do our small part and join Conway, Little Rock, Fayetteville and Rogers in passing a mask ordinance…As ICU and hospital resources in our area are reaching full capacities, the very least we can do to address is pass a basic preventative measure.”

Not all of the emails to the City Council were positive when it came to masks as North Little Rock resident Matt Garza requested the council vote against the ordinance.

CORRECTION: An ordinance that states the city of North Little Rock requires the usage of facial covering in accordance with Arkansas Department of Health guidance will go into effect on Wednesday. An earlier version of this story had an incorrect effective date due to incorrect information provided by city officials.