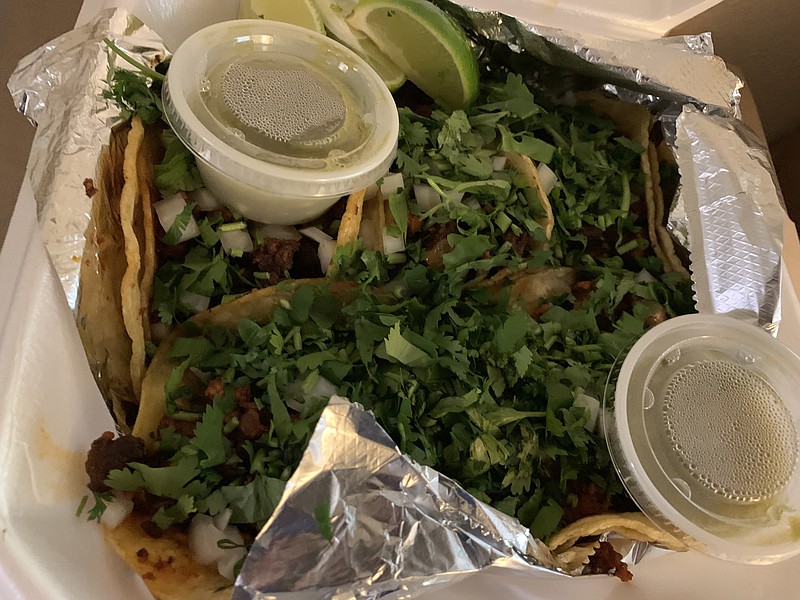 You get five street tacos — in this case, al pastor — for the price of four on Tuesdays at the Grills on Wheels food truck. (Arkansas Democrat-Gazette/Eric E. Harrison)

"Timon of Athens" isn't one of William Shakespeare's more popular plays — in fact, you might stalk the halls of any college English department and have a hard time finding somebody who has read it.

But there's a line in Act IV, Scene III, that fits our times: "Be as a planetary plague when Jove will o'er some high-viced city hang his poison in the sick air."

In careful avoidance of catching the current planetary plague, we're continuing to spot-check the growing number of still-open and reopening restaurants through hit-and-run to-go orders, described in this ongoing (for four months now) series. A refresher course on the criteria: Locally owned establishments, staying within a stay-hot-on-the-way-home radius and fully paid-for meals that are reviewed by our selection and not by request.

WHAT WE GOT: The Taco Tuesday special — buy four street tacos ($8), get one free. So we got five tacos al pastor on doubled-up corn tortillas (so the orange oil from the marinated grilled pork wouldn't soak through). We'd call $1.60 per a huge bargain. Our tacos were stuffed to overflowing, but not overfull so that we were able to pick them up out of the foil-lined foam container without spilling more than a few cubes of diced pork. They were liberally covered in cilantro but with few onions because we asked for them that way. (One of these days we will remember to remember that "onion" in Spanish is "la cebolla.") It took us the greater part of an afternoon to ingest them. The pork was tasty, though we missed a citric/fruit flavor (sometimes the pork is marinated with pineapple), and it was surprisingly tender — we can't remember the last time our al pastor had so few gristly bits. The corn tortillas stayed firm and didn't get stale, as flour tortillas might have, over the course of a couple of hours. 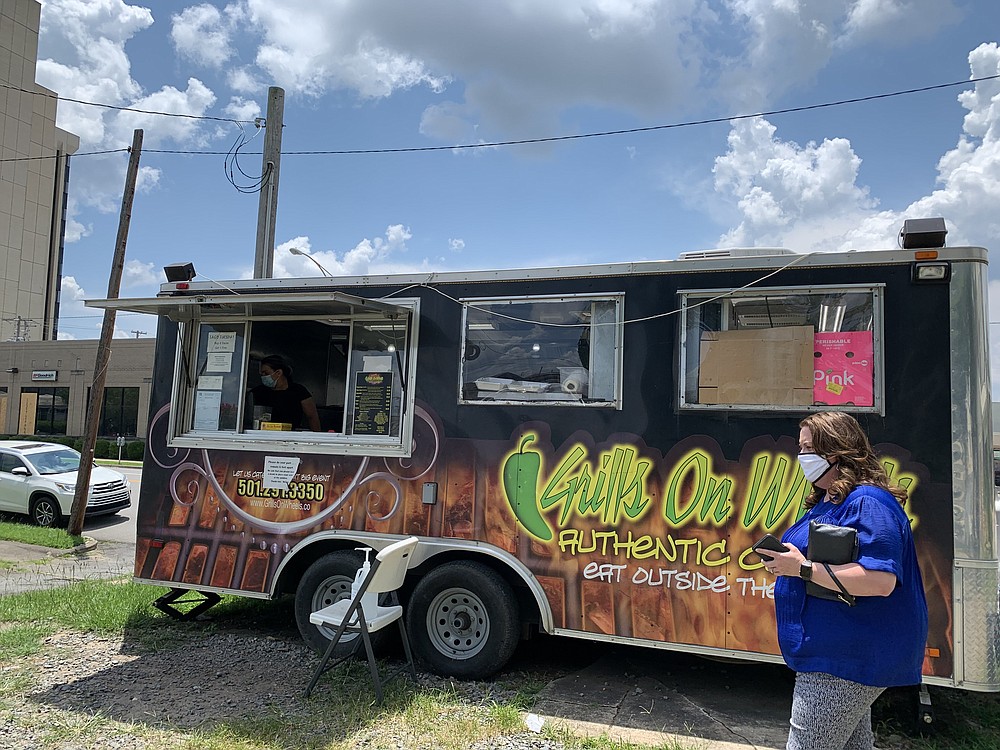 The Grills on Wheels food truck parks on a lot next to Frances Flowers on Capitol Avenue in Little Rock. The owners are moving soon into a brick-and-mortar restaurant, to be called Wicked Taco Factory, on Second Street. (Arkansas Democrat-Gazette/Eric E. Harrison)

HOW IT WENT: Three customers were ordering ahead of us at the food truck with a few behind us, but it only took about five minutes for our tacos to come out — maybe a total of 15 minutes from arrival to departure. Our server was masked and gloved.

HOW IT'S GOING: The food truck appears to stay busy on the days it's open (it's not there every day, so check the Facebook page), and we're told they're soon moving into a building on Second Street and will be known as Wicked Taco. 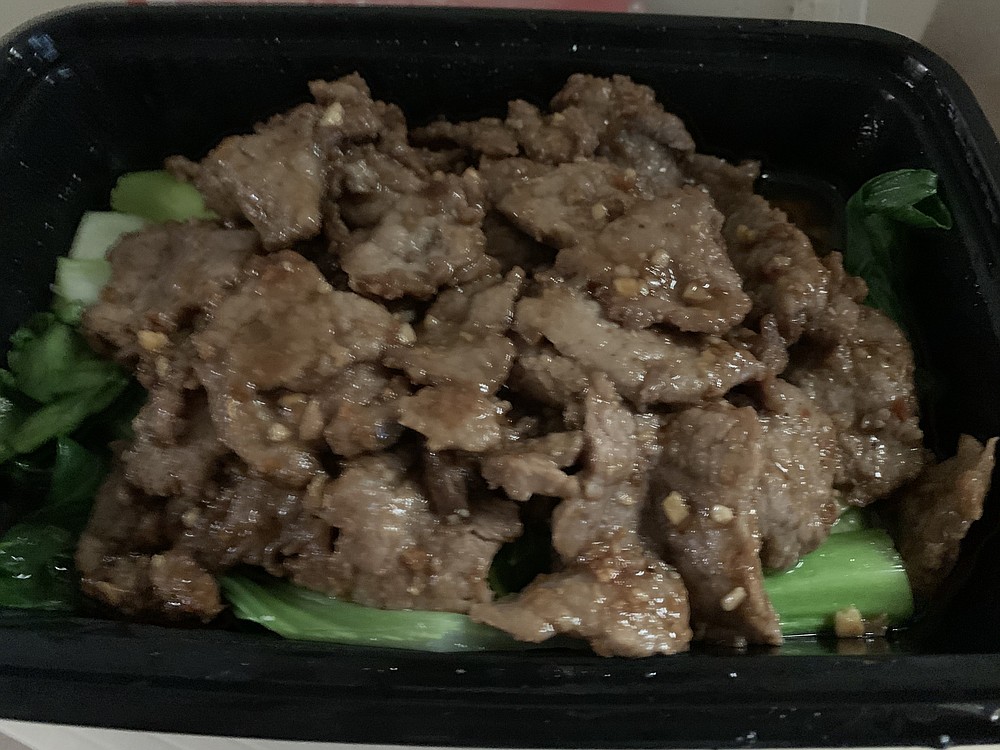 WHAT WE GOT: Beef in Sa Cha Sauce ($15.50) and fried dumplings ($7). We tried, and fondly remembered, the Sa Cha Beef back in the late Bronze Age at the now-closed original Chi's location at West Markham Street and Shackleford Road. It was still just as enjoyable, a large quantity of tender sliced beef in a vivid but not very spicy sauce, sprinkled with garlic, and served on a bed of bok choy (a meaty kind of Chinese cabbage). There was plenty of food for the price. Chi's, in moving its operations west into what was once a grab-and-go location but now has a full dining room (not currently open for full dining, though) has kept its secondary Szechuan menu, though you will have to scroll pretty far down on the website to find it (and be careful to visit the right site — chischinese.net takes you to an operation of similar name in Northridge, Calif.). Anyway, there is also an item on that menu called "Sa Cha Beef" for $12.95; we're aching to order it to find out whether it's the same dish and if not, how it differs. (At a guess, it'll likely be at least somewhat spicier.) We ordered the always excellent fried pot sticker dumplings in lieu of the dim sum they're not currently serving until the dining room reopens. 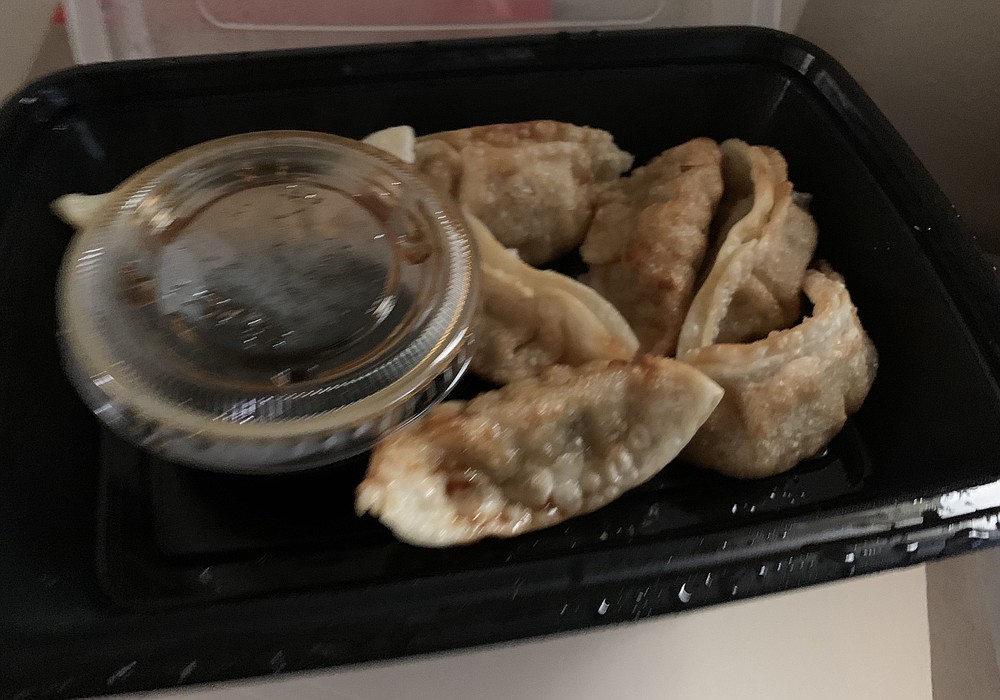 Fried potsticker dumplings are pretty much the closest thing to dim sum you can get at Chi’s Chinese Cuisine until the dining room reopens. (Arkansas Democrat-Gazette/Eric E. Harrison)

HOW IT WENT: We placed our order by phone and paid for it on site, and it was ready when we arrived 25 minutes later.

HOW IT'S GOING: There were other to-go orders awaiting pickup but we didn't see any other customers while we were there. 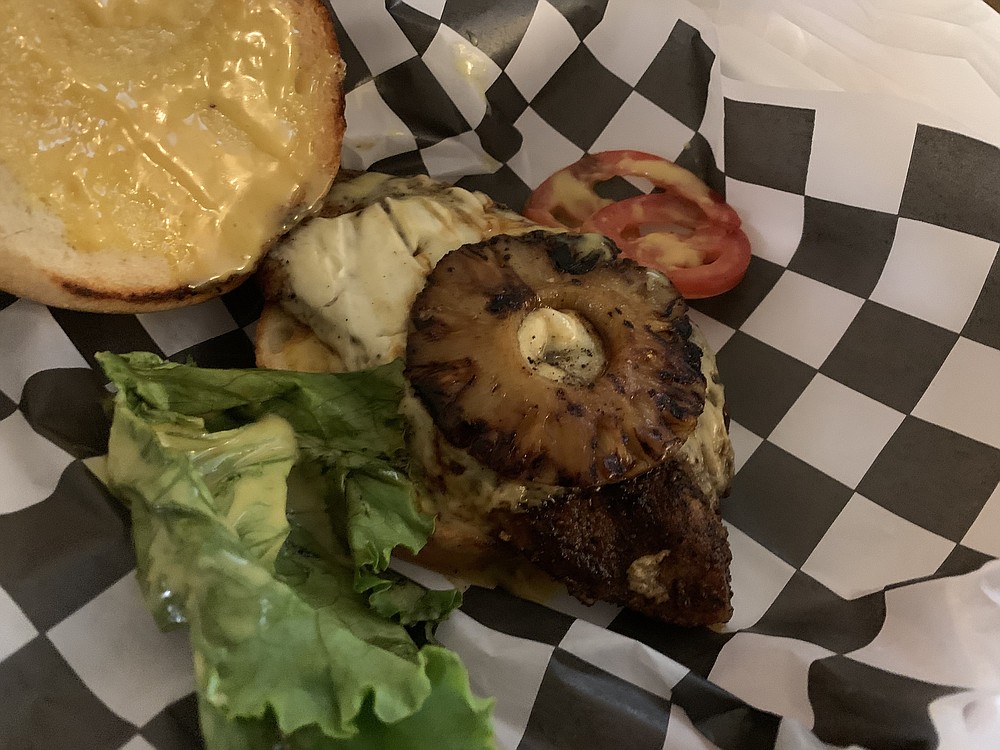 WHAT WE GOT: Pineapple Bird ($10), grilled chicken breast, grilled pineapple slice, pepper jack, honey mustard, lettuce, tomato on a brioche bun. We forgot to ask for the lettuce and tomato on the side, so we had to peel them off the sandwich, which was kind of sloppy given the sheer amount of honey mustard, but once we reassembled the sandwich without the veggies, we practically wolfed it down. The excellent grilled chicken breast was oddly angled and extended far out of the bun, but that was a minor inconvenience. We didn't quite taste the cheese but we didn't really miss it; we could only have wished for more than one slice of grilled pineapple.

HOW IT WENT: We ordered by phone and included our curbside hand-off details — make and model of the car, etc., with the expectation that we'd have our order handed to us as we parked, but the staff seemed to be a bit overwhelmed so we donned our mask and went in to pay for and collect our food.

HOW IT'S GOING: North Bar has been through some recent mid-pandemic changes and convulsions, starting with the swapping out of spaces with its partner restaurant, Newfangled Love Kitchen, so that North Bar got the three-storefront larger space and the all-vegan kitchen, rebranded as North Bar Natural, moved into the smaller end cap of the L-shaped shopping center. Last week, North Bar shut down its dining room, which had been fairly busy, and moved to curbside only; North Bar Natural has closed altogether and some of its dishes will eventually find their way onto the North Bar menu.