REVIEW: ‘The Rental,’ Dave Franco’s directorial debut, is a discomforting human-scale drama with some scares built in 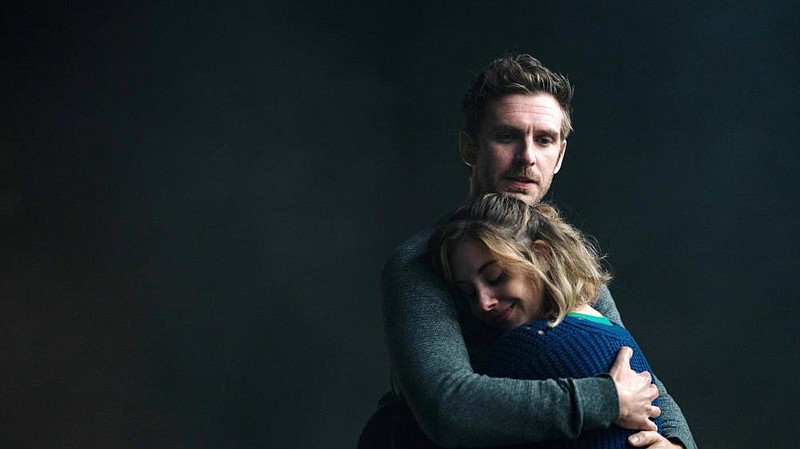 Charlie (Dan Stevens) is an otter-sleek cad who doesn’t deserve the affection of his sweet, if somewhat clueless, wife Michelle (Alison Brie), in Dave Franco’s directorial debut “The Rental.”

One of the things that comes with watching movies in private spaces, in familiar company, is the chance to critique a film in real-time, à la the “Mystery Science Theater 3000” droids. (Please don’t do this in public. You probably shouldn’t do it at all.)

I didn’t watch Dave Franco’s directorial debut “The Rental” with my wife, Karen, because she has no interest in horror films that aren’t directed by Jordan Peele, but I’ve watched so many movies together with her over the years that I hear her voice in my head.

And so, three minutes into the “The Rental,” as Charlie (Dan Stevens) explains to his wife, Michelle (Alison Brie), that the relationship between his business partner Mina (Sheila Vand) and his brother Josh (Jeremy Allen White) probably isn’t going to work out because Josh is “a barely employed Lyft driver who got kicked out of college [and] served jail time for nearly beating a guy to death outside his frat house,” I could hear Karen’s commentary in my head: “She knows that. She’s your wife.”

And, I might have added, if we were, in fact, sitting side by side on the couch, the audience already knows the part about him being a Lyft driver.

That kind of expository dialogue, especially coming so early in a movie, is almost always indicative of bad writing. And movies that start out badly written rarely get better.

But you don’t — or you shouldn’t — review a movie off its first three minutes. And no movie really lets its character talk the way real people talk, with all the elisions and “ya knows” and grunts and tics.

Stevens handles the potentially awkward line about as well as anybody could. It might slide past most audiences; if I hadn’t been watching “The Rental” on an iPad at the dining room table next to my laptop while monitoring email and intra-company Slack messages — if I had actually committed to a moviegoing experience — I might not have noticed it either.

This reminds me of another reason why the moviegoing experience — which you can get with “The Rental” because it is being released into select theaters in Arkansas as well as to the usual array of streaming on-demand services — is preferable to the streaming experience.

“The Rental” is better if you just let it run. Pausing and rewinding it pays no dividends; it only confounds the director’s intentions. And Franco — famously the younger brother of the in-some-quarters notorious James Franco — is at the least a very intentional director. Who sometimes does not quite trust his audience.

For instance, at about the five-minute mark, he has Charlie mansplain to Mina that while her surname (Mohammadi) is “about as Mideastern as it gets,” she shouldn’t be too het up about being turned away as a potential renter of a property he booked about an hour later.

“Look, discrimination obviously exists,” he tells her, “but why jump to that as the only possible explanation?”

The problem with this scene is that Charlie repeats Mina’s surname, seconds after we’ve been shown a shot of her phone that reveals the name. As my inner Karen screams, “Everybody in that SUV knows what her name is, skinny Matthew Crawley!”

Charlie has booked the rental in question for a weekend getaway for the couples, who are celebrating Charlie and Mina’s company securing seed money for a vague new venture. We know from the opening frames that Charlie and Mina have some chemistry, we might wonder if they’ve had or are contemplating an affair.

The house they’re renting, somewhere on the Pacific Northwest coast, is a rambling cliffside affair, though no Overlook Hotel (the film’s music and the tracking shot of the drive there seems determined to put us in mind of “The Shining”).

Though it doesn’t take pets, Josh insists on bringing his French bulldog Reggie along to be imperiled, much to the dismay of dog lovers everywhere.

Once they get there, they meet Taylor (Toby Huss), a passive-aggressive creep whose barely submerged resentment might be rooted in the fact that he’s his brother’s caretaker, and not the owner of the property, though he does handle the bookings.

While Mina is obviously bothered by Taylor’s apparent bigotry (“I can’t believe we’re giving them our money”) none of her white companions seems particularly put off. All four are exploring the property, going for long walks on the beach (where Josh expresses his feelings of inadequacy to Michelle; like his brother, he doesn’t understand what dynamo Mina sees in a loser like himself), and dancing and wrestling under the influence of MDMA.

Here, the film starts to settle, and we forget for a little while that this is supposed to be scary as the characters start to develop real personalities. Charlie uses charm to cover his sociopathic tendencies; by contrast, Josh is earnest and insecure, possessed of genuine sweetness. Mina is attracted to both, and Michelle senses this.

It’s about 40 minutes in that some overt horror elements (other than strains of ominous music) begin to develop. Charlie and Mina discover cameras hidden in the house and worry that Taylor — or someone — may be monitoring them. They decide not to confront him because, well, they may have incriminated themselves. Or at least they don’t want Josh and Michelle to find out what they’ve done.

If the middle third of the film feels more like an indie drama than a Blumhouse genre exercise, that’s a good thing, and it might in part be due to the hand Franco’s co-writer Joe Swanberg played in the production.

Swanberg was one of the inventors of mumblecore, and he’s a prolific maker of low-budget films that consist mainly of characters doing ordinary things while they talk to one another. His themes of self-regard and guilt and infidelity saturate the movie, and the actors are well-cast.

Stevens — who is having a quietly great year with his strong comedic turn in “Eurovision Song Contest: The Story of Fire Saga” and his villainous tenderfoot in “The Call of the Wild” — has the showiest role as sleek, sylph-like Charlie, who can’t quite envision himself as a bad guy, while White (“Shameless,” “Homecoming”) provides a centered, rougher-edged little brother. Josh is a screw-up, trying to right himself for what he sees as the right woman, who might turn out to be fiery Mina after all.

Brie, as usual, provides moments of effortless comedy as Michelle, who is determined to enjoy her vacation.

“The Rental” might prove underpowered for most horror fans, though it fits uneasily into the sort of discomforting human-scale dramas that we might cause plausible horror like Danny Boyle’s “Shallow Grave” or the Coen Brothers’ “Blood Simple.” We might well be more terrified of a romantic partner’s moment of weakness than whatever might live under the stairs.

That’s not to say it’s as good as “Shallow Grave” or “Blood Simple,” just that it is an intelligent and measured first step into directing. Franco is wise not to try to be too audacious, to put character and actorly craft ahead of jump scares and shocks. Despite a bit of first act clumsiness, “The Rental” quickly finds its feet.

And dances on the edge of the abyss.

Rating: R, for violence, language throughout, drug use and some sexuality

Playing in select theaters, and on demand through streaming sevices 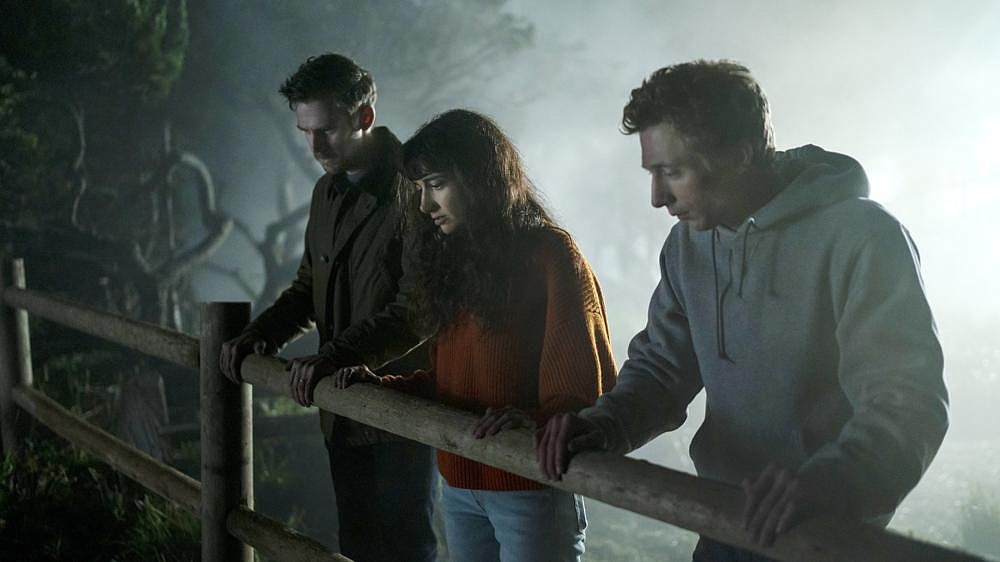 Charlie (Dan Stevens), Mina (Shelia Vand) and Josh (Jeremy Allen White) ponder the mistakes they’ve made — and wonder where Josh’s French bulldog has got off to — in a scene from “The Rental,” Dave Franco’s plausible horror film that sometimes looks and feels like an indie drama.
ADVERTISEMENT