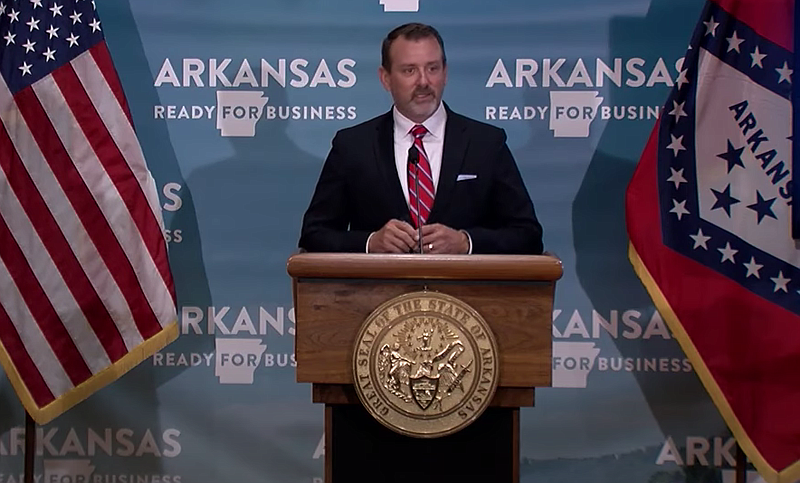 Fioccchi of America President Anthony Acitelli speaks at the state Capitol in Little Rock on Wednesday in this still captured from video provided by the governor's office.

The U.S. subsidiary of Fiocchi Group previously produced ammunition parts at the facility on 145th Street in Little Rock. With the investment and additional employees, the facility will produce the finished ammunition, mainly centerfire products, the Fioccchi of America president, Anthony Acitelli, said.

The United States' share of Fiocchi's global market is "50 percent and growing," he said.

[Video not showing up above? Click here to watch » https://www.youtube.com/watch?v=Y32kIqC6dwg]