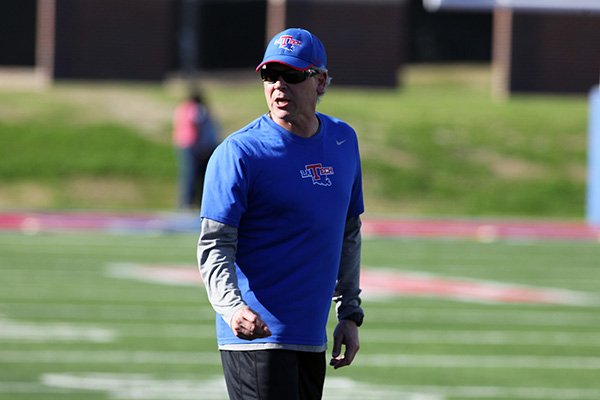 Former Rogers High and Arkansas player Kim Dameron is in his first season as the defensive coordinator at Louisiana Tech.

Dameron, who played wide receiver and defensive back for the Razorbacks in 1979-82, takes over for Jeff Williams. Williams was hired at Pea Ridge in May.

Dameron was the head coach at Eastern Illinois in 2014-18, leading the Panthers to the FCS playoffs in 2015. He was an analyst for Les Miles at Kansas last season.

In his 35-year coaching career, Dameron has had stops at Cincinnati, Ole Miss, UNLV, Louisiana-Monroe, Murray State and Missouri State, as well as Toronto of the Canadian Football League.