READ TO ME: ‘The Stray’ is a keeper 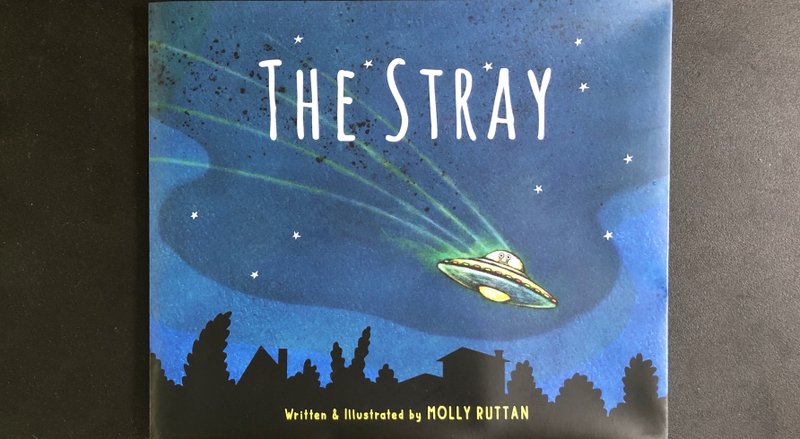 STORY: While a family takes its morning stroll — Mom, Dad, Brother, Sister and Toddler all together — they happen across a lost-looking little lifeform sitting in the wreckage of what sure looks like a formerly flying saucer. He or it has jagged teeth and wiry whiskers and eyeballs on eye stalks, but also a curly tail and four dog-like legs.

They bathe him and name him Grub and set about training him — while trying to catch the toaster, pillow and other objects that suddenly take wing inside the house. He appears to be not very coachable, especially when he has a bit of an accident on the couch.

So they go for a walk, with Grub's force-field (or whatever) leaving merry havoc in their wake.

Grub, though, is pining to go home, and after some really cute pages in which the family helps him, he does.

Picture books come and go but The Stray — lighthearted, deftly illustrated — is a keeper.

The Stray is its author's first foray as writer and illustrator; earlier she illustrated I Am a Thief! by Abigail Rayner.

Ruttan has three daughters. She lives in Los Angeles, where, according to her bio, she is a part-time freelance graphic designer, plays drums and sings with a folk-rock band, sings and drums for a progressive art-rock band that she also makes artwork for, and sings in a choir at the Silverlake Conservatory of Music — or used to, when the bio was written, before the pandemic.

She has posted free activity sheets for her two children's books on her website mollyruttan.com, and there's an animated preview of The Stray on YouTube. That giddy soundtrack will worm its way into susceptible minds and wriggle out later when people read aloud.