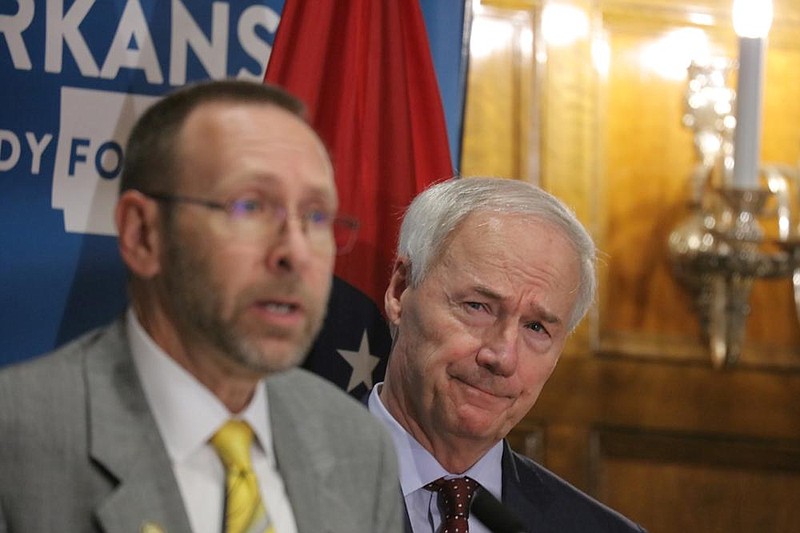 Arkansas' count of coronavirus cases rose by 450 on Saturday, including a record 400 cases among people who are not prison inmates.

The overall case count increased to 9,101, while the death toll from the virus rose by two, to 154.

The increase capped a week in which the state's count of cases grew by more than 200 each day except one. Saturday was the third day during the week in which more than 350 cases were added.

The previous record for a one-day increase in non-inmate cases was Tuesday, when the number of such cases rose by 374.

After dipping slightly on Friday, the average number of cases added each day over a rolling seven-day period increased Saturday by 30, to 298.

Excluding infections from prison inmates, the average number added each day increased by 24, to 289.

Positive test results from prison inmates often show up in the state's overall count several days after the tests are performed, after information from laboratory reports is entered into a state database.

On Saturday, 50 cases that were added to the state total were from the Federal Correctional Complex in Forrest City.

"They did some additional testing among inmates who had previously tested negative," state epidemiologist Jennifer Dillaha said.

The state Department of Health previously reported that 633 inmates and 18 staff members at the complex had tested positive.

Statewide, the number of patients hospitalized with covid-19 increased by seven, to 154.

Thirty-six patients were on ventilators, up from 35 a day earlier.

A state website indicated that one of the deaths added to the total Saturday was the first one reported in Craighead County since the pandemic began.

For Jefferson County, the Health Department's count of virus deaths increased from 25 to 26.

One of the deceased was in the age range of 25-44, and the other was 65 or older, the website indicated.

The largest increases in cases were in Washington and Benton counties, where many cases have been linked to outbreaks at poultry plants.

In Nevada County, the number of cases jumped from 10 to 50.

Dillaha said the cases there are "centered around a nursing home," which Health Department spokesman Gavin Lesnick identified as Southern Pines Health and Rehab in Prescott.

On Friday, a Health Department report indicated that one worker at the home had tested positive.

Lesnick said he didn't have information on the number of cases associated with the home as of Saturday. The nursing home didn't respond to an inquiry from the Arkansas Democrat-Gazette on Saturday afternoon.

In Little Rock, CHI St. Vincent Infirmary was working to prevent the spread of the virus after discovering cases there, a hospital spokesman said Saturday.

"The hospital has identified COVID-19 cases in our senior behavioral health unit," the spokesman, Joshua Cook, said in an email.

"The unit is currently restricted to limit any further risk of transmission and the hospital is following guidelines from the CDC and Arkansas Department of Health," Cook said. The CDC is the U.S. Centers for Disease Control and Prevention.

He said he didn't have further information about the cases on Saturday.

Across the state, the number of people who were classified as having recovered from their infections increased by 189, to 6,266.

The number of infections that were considered active rose by 259, to 2,681.

Dillaha said increased testing in the state likely explains at least some of the recent uptick in cases.

For instance, she noted that the Health Department has been holding weekend events in different locations in which anyone can be tested regardless of whether they have symptoms.

On Saturday, the department tested 517 people in El Dorado, 443 in Jonesboro and 335 in Wrightsville, Lesnick said.

As long as the percentage of tests that are positive stays about the same, and is less than 10% of total tests, "I think that's more indicative that we're testing the right groups of people," Dillaha said.

Those groups include people with symptoms and those who have had contact with people who have tested positive.

"If we can keep doing that, even though the numbers are high, I think eventually we'll get to the point where the community spread is going to be lessened if we can keep the testing high and do a good job of case investigation and contact tracing, which are challenging with these numbers," she said. "We're going to have to increase our capacity for that."

According to the Health Department, the percentage of tests that have been positive has been below 10% each day from May 16 through Thursday, the most recent day for which the information was available.

The department on Friday released a request for qualifications to hire a company to provide a team of 350 workers to assist with its contact-tracing efforts.

This week, the department also plans to begin training about 100 volunteer contact tracers from several organizations, including the Arkansas Foundation for Medical Care, the University of Arkansas at Little Rock School of Social Work, the Central Arkansas Library System, and the New York Institute of Technology College of Osteopathic Medicine at Arkansas State University in Jonesboro.

At one station in the church parking lot, a nurse practitioner or physician asked patients about their symptoms and risk factors.

Those who met the criteria for testing went to another station, where a nasal swab was administered.

The tests were available to people with symptoms of covid-19, such as fever, cough or shortness of breath, and those who had had contact with someone known or suspected to have the coronavirus.

The clinic screened 81 people, including 41 who were swabbed.

"Some are just concerned about coronavirus in general," Robert Hopkins Jr., a UAMS professor of medicine and pediatrics, said.

"They haven't had any symptoms or any contact but just want to make sure that they're not at risk.

"We have others who come in because they've had symptoms, and then we've had a third group of folks that have come through because they've been exposed to somebody that is either suspected or known to have coronavirus."

Results from the tests will be available from UAMS' laboratory in two to five days, he said.

"Everybody that comes through, whether they're tested or not, gets an information sheet that lets them know what our assessment is and gives them recommendations for next steps," Hopkins said.

He said the mobile unit has held similar events at about 15 other locations around the state since it started in early April. It has screened a total of 1,814 patients, UAMS spokesman David Robinson said.

To help nursing homes and hospitals maintain staffing levels during the pandemic, the state has paid bonuses to nurses, nurse aides, cafeteria workers, janitors and other staff members who are not physicians.

Full-time nurses and other clinical staff members working at nursing homes or other facilities where a resident or patient has tested positive for the virus have received $500 a week on top of their normal paychecks.

At other facilities, such workers have received an extra $250 a week.

Janitors and other support staff members have received bonuses equal to half of what direct care workers received.

The payments for hospital workers and support staff members at nursing homes, funded by money from the federal Coronavirus Aid, Relief, and Economic Security Act, were authorized for eight weeks, which ended May 30.

Bonuses for direct care workers at nursing homes, assisted living facilities and other long-term care institutions and workers who provide in-home care for the elderly and disabled will continue through the end of this month, said Amy Webb, a spokesman for the Department of Human Services.

That's because those payments come from state and federal Medicaid funds. The rules governing the payments specified that they could continue for an extra 30 days past the end of May if the state had more than 1,000 active coronavirus cases at that time.

"Since the active cases is above 1000, the [Long-Term Services and Supports] direct care payments do continue for 30 days," Webb said in an email last week. 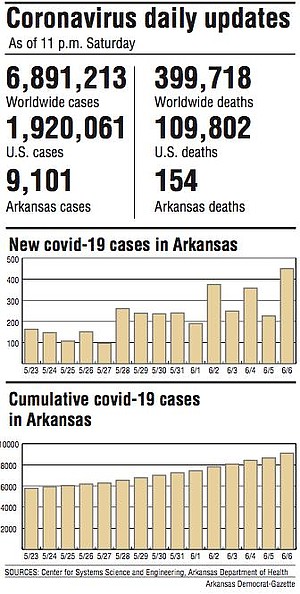