Confederacy debate splits state's delegation; some are open to review of removals 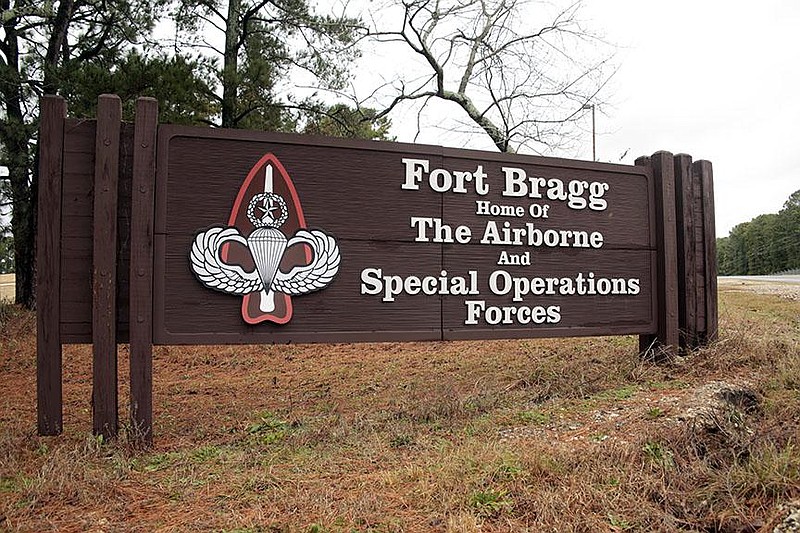 More than 155 years after Gen. Robert E. Lee's surrender at the Appomattox Court House, members of the all-Republican Arkansas congressional delegation are divided over efforts to remove references to the Confederacy from the nation's military landscape.

Of the six incumbents, three want to stick with tradition; three say a review is appropriate.

Three Democratic challengers and one Libertarian hopeful argue that it's inappropriate for the armed forces to honor insurrectionists. Three of those candidates have ancestors who were enslaved.

The debate follows the case of George Floyd, a black man who died as a white Minneapolis police officer knelt on his neck.

Thus far, only one member of the state's delegation has had an opportunity to formally weigh in.

Sen. Tom Cotton was one of two Senate Armed Services Committee members Wednesday who voted against establishing a commission to help remove "names, symbols, displays, monuments and paraphernalia that honor or commemorate the Confederate States of America."

The White House is threatening to veto the National Defense Authorization Act if it includes language to that effect.

Cotton, a Dardanelle native who fought in Iraq and Afghanistan, declined requests for comment about the issue Thursday and Friday.

"The objective fact is the Southern states seceded from the Union. ... It was an insurrection. So why would someone want to honor insurrectionists," said Harrington, whose forebears in Texas were freed once the Confederacy fell.

In addition to Cotton, two other military veterans in the delegation, U.S. Rep. Rick Crawford of Jonesboro and U.S. Rep. Steve Womack of Rogers, oppose erasing reminders of the Confederacy.

In an interview, Crawford argued that dead Confederates bequeathed their names, not their ideologies, to great American military installations across the South.

The three installations -- in North Carolina, Georgia and Texas -- are named after former Confederate generals. But the men themselves have faded from memory, said Crawford, a former explosives-ordnance device technician.

"I dare say, most Americans wouldn't have a clue who Gen. Bragg was," Crawford said. "I think those installations have long since outgrown any vestige of their namesakes. They stand for American service. Period."

In a written statement, Womack made a similar point.

"I've trained at many of the installations named for Generals of the Confederacy and never once did I consider those posts to stand for anything but American strength, solidarity, and freedom," said Womack, a retired colonel who served 30 years in the Arkansas Army National Guard. "Many of my fellow soldiers were African American -- and we were all equal in service to our nation. Same pay. Same benefits. Same sacrifice."

"It saddens me to see so many people using this political agenda to divide our great country. Where does it stop? We should be using this moment in time to heal our hearts, promote justice and unite in purpose -- not targeting monuments, military posts and our law enforcement professionals," Womack said.

Other incumbents see merit in establishing a commission, as the Senate Armed Services Committee recommended.

In a written statement, U.S. Sen. John Boozman voiced support for the concept.

"As the amendment suggests, it may be worth reevaluating which Americans we can further honor, including by having our military installations bear their names. This was the spirit of our state legislators when they decided to name Daisy Bates and Johnny Cash as our two new statues in the U.S. Capitol," the lawmaker from Rogers said.

A state law passed in April 2019 calls for adding likenesses of the civil-rights activist and the country music singer. They would replace a secessionist -- former American Bar Association president Uriah Rose -- and a politician -- James P. Clarke, a former U.S. senator and former governor who advocated preserving what he called "the white standards of civilization."

The new statues have not yet been sculpted.

In a written statement, U.S. Rep. French Hill of Little Rock said it's good to talk about the issues that are being raised.

"What is needed right now is an honest nationwide conversation about our history, and the role of monuments and statues in learning about our collective past. Removing or fundamentally altering historic monuments does not change our past or make us stronger as a nation, but dialogue will," he said.

"Our historic military bases hold many memories and stories for the thousands of service members who trained and lived there, many of whom probably don't even know the origins of the bases' names. The recently announced U.S. Senate Armed Services Committee approach to form a commission to make specific recommendations appears sensible to me. Let's recognize the past, learn from it, and look to the future together -- as one nation," he said.

"Tom Cotton continues to show he takes his orders from the president's Twitter account instead of listening to Arkansans," she said in a written statement.

"It's time to have the conversation," she said.

"The symbols of the Confederacy are a product of the system of injustice and division that has caused so much pain in our country. Seeing those symbols, I feel the weight of all those who suffered because of what those symbols mean," she said. "So many don't want us to be one America, and it redoubles my drive to make the promise of America real for everyone."

A spokeswoman for U.S. Rep. Bruce Westerman of Hot Springs said the congressman "has no issues with a commission having an open, bipartisan discussion on how to best address this issue."

In written statement, however, Westerman had been critical of calls last week by House Speaker Nancy Pelosi, D-Calif., to remove all Confederate statues from the U.S. Capitol.

"One problem with censorship is that at some point there has to be an arbitrator that determines what is acceptable and what gets rejected. The only person with credentials to do that perfectly left this earth more than 2,000 years ago ... although He did promise to return," Westerman said in a written statement.

"In fact, I'm reminded of a story when Jesus happened upon a crowd who was going to stone a prostitute. He approached the crowd and wrote something on the ground. I speculate Christ was listing the sins of the mob, because when He suggested that the person without sin should cast the first stone, the crowd dispersed. We live in a sinful, fallen world that produces ugly sins like slavery and racism that we condemn and have made illegal, yet, like other sins, they still exist. What is or is not on a pedestal, on a pole, or in a law book does not change what's in human hearts. When we cast stones, we must realize we are likely to have stones cast back at us," Westerman said.

"I support, without qualification, the renaming of military installations honoring confederate generals as well as the removal of statues of confederates from the U.S. capitol. Confederates, who took up arms against the Union, committed treason. While they may deserve a place in history, they do not deserve a place of honor, particularly in public places that are paid for by public dollars and that should be welcoming to us all," Hanson said in a written statement.

"I agree with the Senate Armed Services Committee as well as NASCAR, elected officials across the county, business leaders, and the many others who have announced it's time to re-examine the tributes to those who fought against the United States of America in order to protect an economic system built on the enslavement of black people," she said in a written statement. "Civil rights activists have been calling for this for decades. It doesn't make sense to me that the U.S. Armed Services would honor generals who took up arms against us. We are a nation capable of acknowledging our past while moving forward towards justice for all."

Other candidates argue that the nation has more pressing issues to deal with.

"The government does not belong in the statue business. It has a hard enough time with legitimate statute business," he said. "I say we should remove/sell EVERY statue/monument from government grounds and replace them with nothing. Let private persons, organizations, and museums keep and display whatever they want on their own private property."

Dan Whitfield of Bella Vista, an independent hoping to unseat Cotton, said he would've voted to form the commission, but he portrayed it as a low priority.

"I just think that there are a lot more important things that we should be focused on here in Arkansas at the moment," he said.