MUSIC MADNESS: Faucett to perform at drive-in on Friday 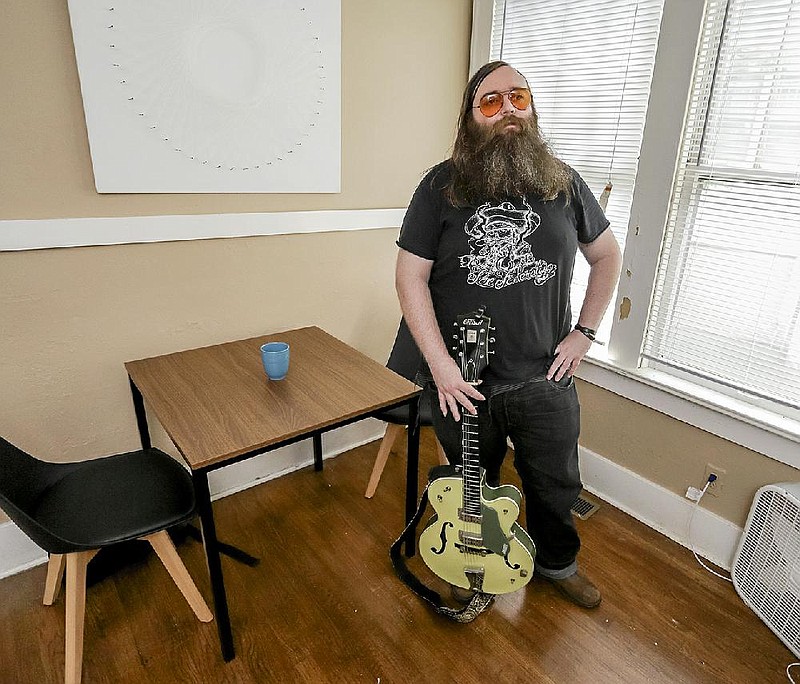 Adam Faucett is shown in this file photo.

Singer-songwriter-guitarist Adam Faucett will perform — live and in person — at the North Little Rock Drive-In on Friday. Gates will open at 8 p.m. and the show starts at 8:45 with a short set by William Blackart.

“I’m currently working on a brand-new record and will be playing songs off of it that have never been played live before,” Faucett reports.

Faucett, a Benton native who has released five albums, debuted with the self-released CD, The Great Basking Shark, in 2007, following that with Show Me Magic, Show Me Out in 2008, More Like a Temple in 2011, Blind Water Finds Blind Water in 2014 and his latest, It Took the Shape of a Bird in 2018.

“Erin (Hurley) and I are building a stage (Monday) and Adam will be playing out to the cars over the same transmitter we use for the drive-in,” explains James Snyder, who once promoted shows with Hurley at Juanita’s, before and after it moved to the River Market District.

Admission is $20. The site is the parking area of the former Windsong Performing Arts Center, just off Crystal Hill Road near the junction of Interstates 40 and 430 in North Little Rock.

Other venues known for live music are not so sure about when they will return to do so again.

And a couple of local musicians known for their love of performing are still cautious about resuming their calling.

“I have nothing for the remainder of the month,” says Jason Lee Hale of North Little Rock, who has led the ironically named (for the covid-19 virus era) band, the Personal Space Invaders. “And I’m not sure that what I have next month will actually happen.”

Bill Jagitsch, known for making guitars out of cigar boxes and leading a band he calls Bluesboy Jag and the Juke Joint Zombies, expresses a similar outlook:

There will also be a Family TikTok Challenge; send your best “savage” (dance) to TikTok for a chance to have your video aired live during the event. Email video entries to: info@mosaictemplarscenter.com.

The Juneteenth celebration marks June 19, 1865, the day Union troops arrived in Galveston, Texas, bearing the news that the Civil War was over and that slaves had been freed.

Levon Helm fans, who treasure memories of one of Arkansas’ finest musicians (and a great human being, besides) will want to alert their devices, along with friends and relations) to “Levon 80: Levon Helm Studios presents a Newport Folk Revival,” a three-hour special, starting at 8:30 p.m. today on the website nugs.tv, where many other live shows are available to watch.

It will feature The Midnight Ramble Band, Helm’s former band leader, Larry Campbell, his wife, Theresa Williams, and special guests including Mavis Staples and Margo Price. The live webcast will raise money for the Levon Helm Studios in Woodstock, N.Y., and the Newport (R.I.) Festivals Foundation.

Viewers can help out more by ordering a limited edition Levon 80 T-Shirt and poster or make an additional tax-deductible donation at levon80.squarespace.com.

Helm would have turned 80 on May 26. The Newport Folk Festival, which was to have been held July 31 to Aug. 2, was canceled, as were most other music festivals, due to the coronavirus.

Monsterboy, the North Little Rock husband/wife duo who have been prolific at mastering the art and science of streaming, have announced a new single, “Ain’t Worth the Dime,” to be released June 26 on all streaming platforms. Veronica Wirges happily notes that she found a 100-year-old bass saxophone at Independent Music Service in Sherwood that she could not resist, and that the instrument is featured prominently on the new single, which can be heard at soundcloud.com. For more information, see monsterboylives.com.

Blues and Americana singer Shemekia Copeland will release a new song, “Uncivil War,” on Friday, which addresses current national crises. Backed by Jerry Douglas on dobro and Sam Bush on mandolin, along with backing vocals from The Orphan Brigade, the song can be heard on soundcloud.com/alligator-recs/ and on youtube.com.

Colin Hay and The City Winery are presenting the show, which is a benefit for the National Independent Venue Association, to help save independent venues across the country.

For those who make long-term plans, here’s a concert announcement that just arrived: James Taylor & His All-Star Band, along with Jackson Browne, will perform Saturday, June 26, 2021, at the FedEx Forum in Memphis. Tickets, available through Ticketmaster, start at $59.50, and are also priced at $119.50 and a few at $375.

And speaking of 2021, here’s one we meant to mention earlier: The Avett Brothers with Tyler Childers concert, which had been scheduled for Aug. 8 at the MAD Amphitheater in El Dorado, has been moved to Aug. 14, 2021. 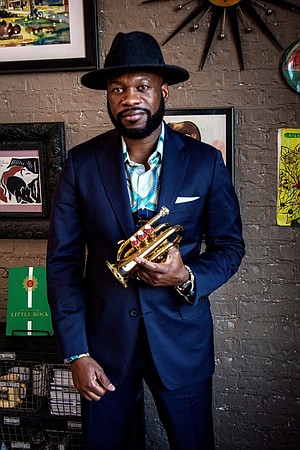 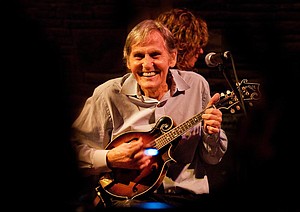 Photo by ASSOCIATED PRESS
In this May 15, 2010 photo, Levon Helm performs on the mandolin during a Ramble performance at Helm's barn in Woodstock, N.Y. Helm, who was in the final stages of his battle with cancer, died Thursday, April 19, 2012 in New York. He was 71. He was a key member of The Band and lent his distinctive Southern voice to classics like "The Weight" and "The Night They Drove Old Dixie Down." (AP Photo/Times Herald-Record,John DeSanto)
ADVERTISEMENT