IN THE GARDEN: What is killing my holly shrubs? 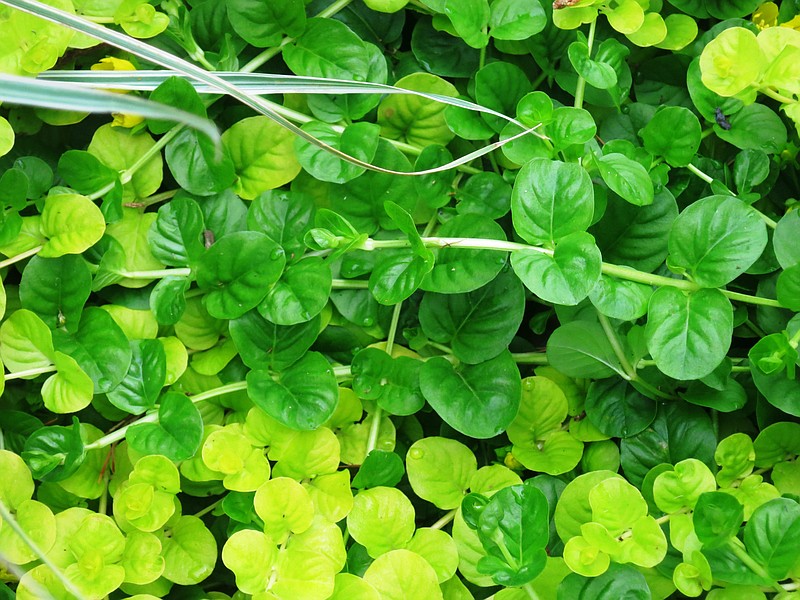 Creeping Jenny is an attractive ground cover that can cause trouble for azaleas and other shallow rooted, desirable plants. (Special to the Democrat-Gazette/Janet B. Carson)

Q I have some type of pest killing my holly shrubs. I am attaching a photo. I sprayed a fruit and shrub spray, but it does not appear to be working. Do you have advice to help me identify, treat and rid the shrubs of this problem?

A Yes, you do have a pest. Your holly is infested with scale insects. I would say from the pictures they have been there awhile. A systemic insecticide is going to be required to get them under control. Several such insecticides are on the market, including Orthene, Ortho Tree & Shrub Insect Control, Bayer Advanced Tree and Shrub Insecticide, and there are others. Scale insects protect themselves with a coating while they attach to the leaves or stems of the plant. They suck sap from the plant and, over time, can damage and even kill a plant that remains unprotected. Once you kill the insects, they won't disappear from the leaves they are on, but new growth should be clean and healthy.

Q I love creeping jenny and would love to use as a ground cover in some flowerbeds. My question is this, will it choke out shrubs like azaleas or my autumn ferns and hostas?

A Creeping jenny comes in different forms with green foliage or yellow foliage. I love the yellow form of creeping jenny, too, and use it in containers. It would also be great around stepping stones, but I would not want to mix it with desirable perennials and shrubs. Creeping jenny can become a bit aggressive and would not be a good companion plant for azaleas, which have a very shallow root system and don't like competition. I have had many gardeners asking how to eradicate it over the years. 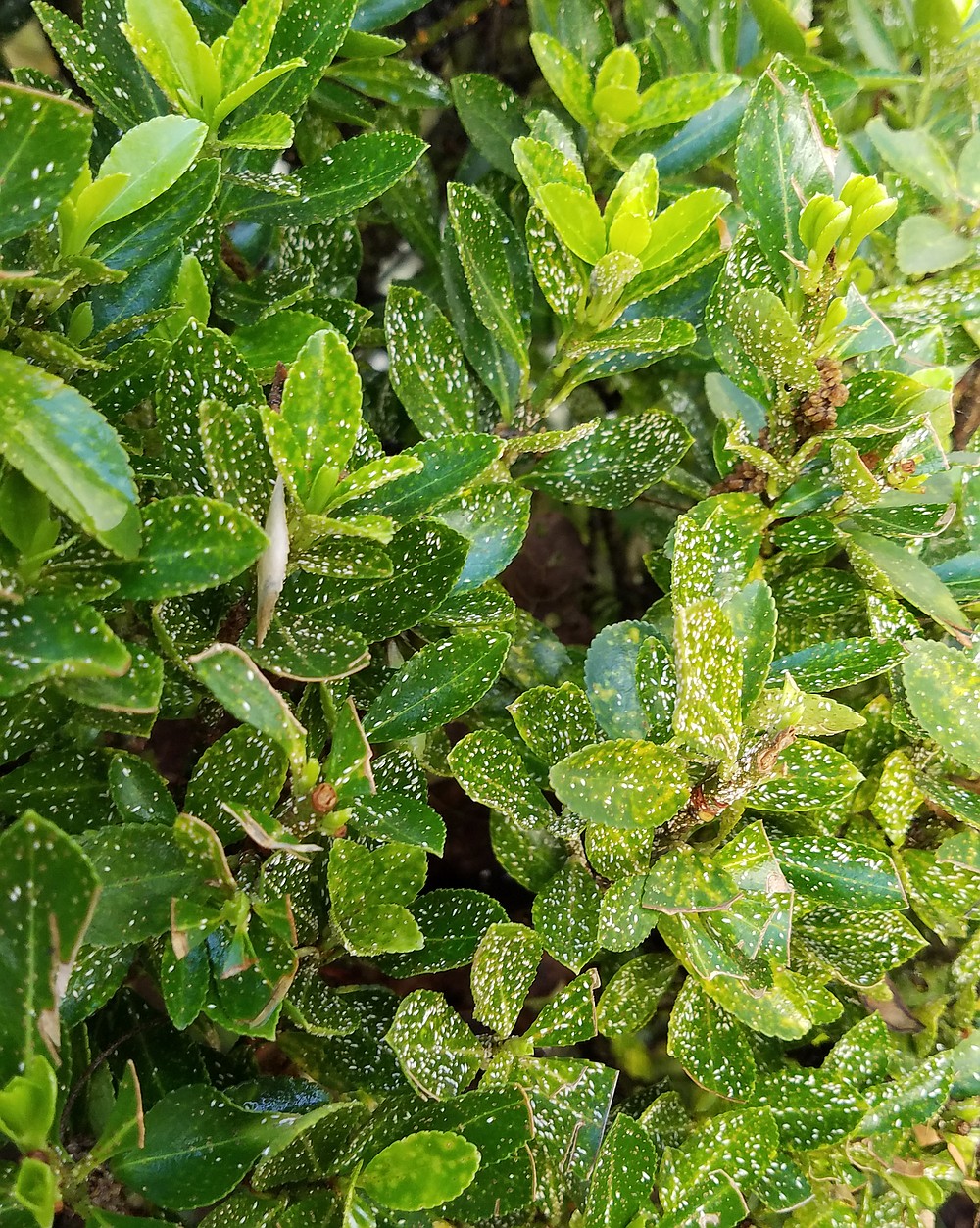 This yaupon holly has a heavy infestation of scale insects. (Special to the Democrat-Gazette)

Q I recently asked you a question about some camellias that were not doing well. You were on target with concern for "wet feet," as when we dug them up and moved them to a better location, our landscape guy described very poor root health. Now, after about three weeks in sunnier climes, they both look better. However, the previously healthier one has shown scattered leaf yellowing, as the front/back picture shows. Got another diagnosis up your sleeve, Doc?

A I would not be concerned with some yellowing leaves. I am surprised you don't have more. Although your plants are happier in their new location, they are still going through a bit of transplant shock. Some of the older leaves will yellow and drop. Just rake those up and dispose of them. Watering is going to be critical because their root system is trying to re-establish itself. It is getting hot and dry outside. With ample water (and good drainage), you should start to see new growth coming on. If that has problems — yellowing or spots — then that is cause for concern. If all the discoloration you are seeing is old foliage, don't worry. Good luck.

Q Not sure whom to ask about this. If you can't answer, perhaps you could suggest someone I could contact. There are birds in my yard that are quite vocal, making a sound that sounds like "chirrup, chirrup, chirrup" then "doggie, doggie, doggie." Would love to know what kind of birds these are.

A I am not a bird expert, but I called a friend who is. She said she bets it is a cardinal. In teaching materials about bird calls, the info for cardinals describes their song as "what cheer, cheer, cheer, cheer" followed by "purty, purty, purty," which could be your "doggie, doggie." It is hard to translate birdsong into human words, and we all hear it a little differently. She also suggested that you go to Audubon.org and look under "Birds" for "North American Bird Guide." You can listen there to what the birds sound like. She suggested bird apps, including Song Sleuth, Smart Bird ID and ChirpoMatic. They let you hear the bird call, and that will narrow down the possibilities. I have never tried these apps, but it might be fun. I think many of us now have the time to watch and listen to the birds and try to figure out who they are.

Q Rabbits are eating the beans as soon as they come up. What can we do? We don't want to kill rabbits.

A Rabbits are easier to control than squirrels, which can climb. Get a roll of chicken wire or small-animal fencing, and put it around your bean garden. Rabbits won't cross over it and your beans should be allowed to grow.