We started our week with rain and we ended our week with rain, with more on the horizon. Not exactly what we are used to in Arkansas when it is the last week of June. The humidity has been a bit oppressive even early in the morning, but I have still found time to get out and garden. I do still have to water in between rain showers, the pots on the deck 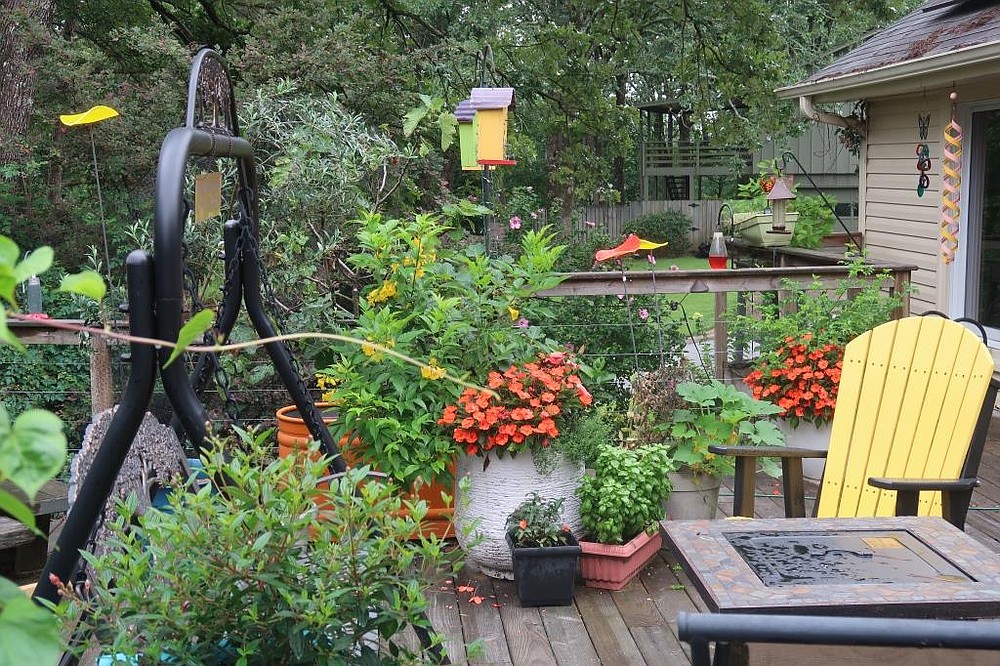 and the vegetables in raised beds, but the rest of the yard is doing well with just natural rainfall.

One day last week I had to leave earlier than expected, and did not get out and water the containers before I left. When I got back mid-afternoon, the impatiens were all wilted and looked awful. I was really concerned that the flowers would drop, even though I knew the plants would rebound. With a good drink of water, they were back in full glory within an hour. I am over-impressed with these Sunpatiens. 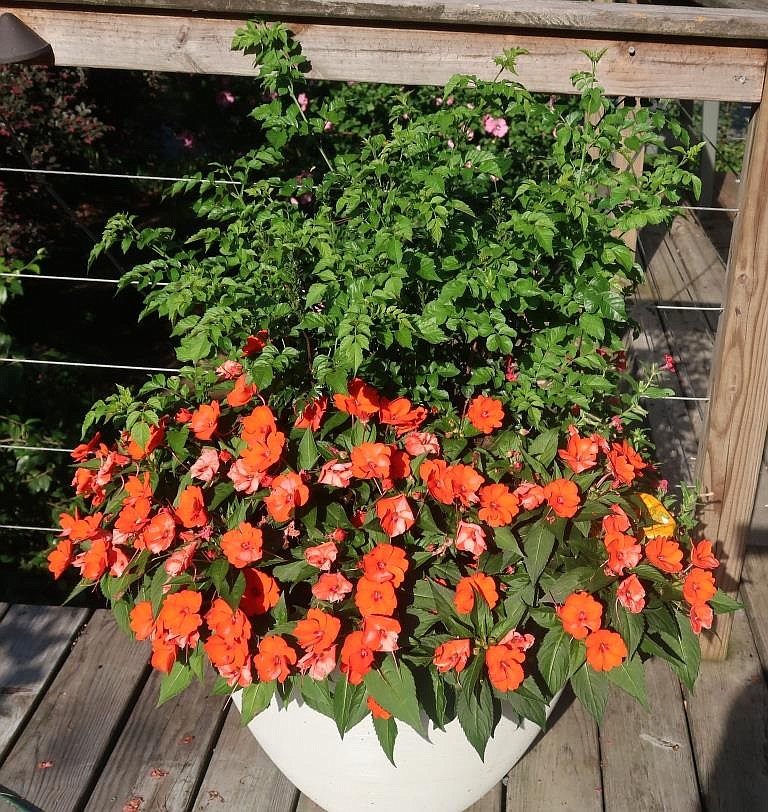 They get full sun almost all day on the deck and are simply glorious. I also love this new cuphea called honeybells. 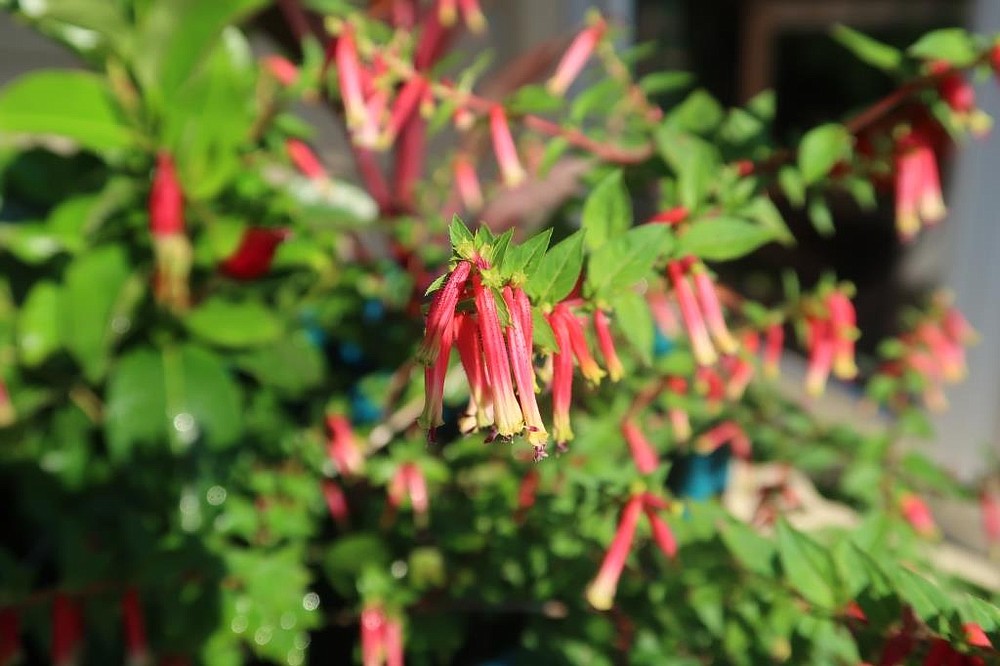 Its flower is similar in appearance to the Vermillionare (cigar plant) but there are more of them per stem and the plant is weeping. 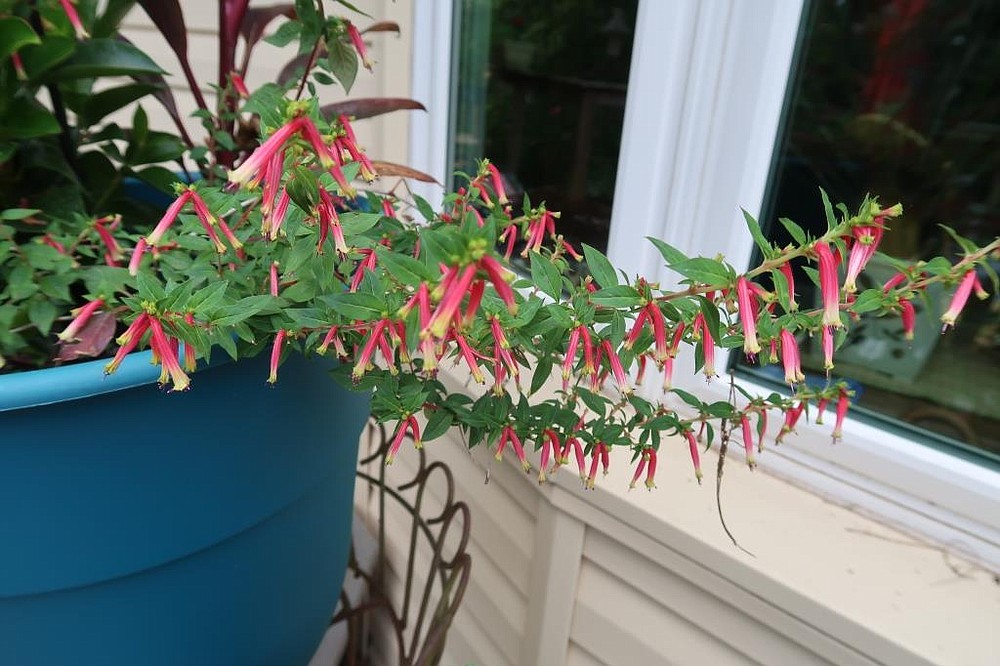 It is perfect in this container with the red mandevilla and cordyline. 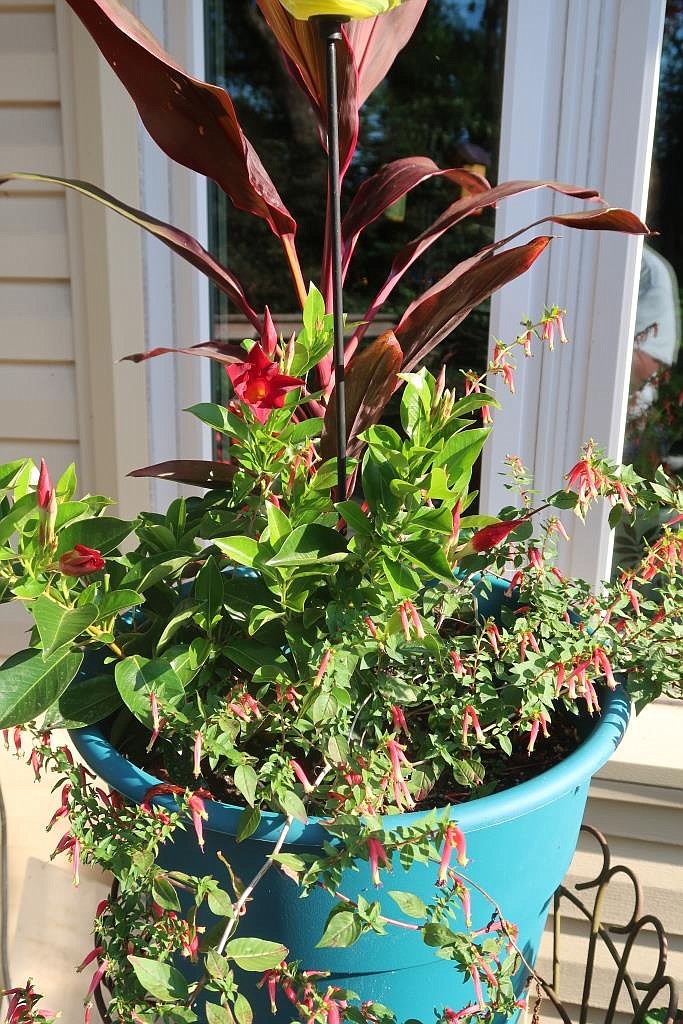 The hummingbirds adore it, as do I.

I like to take inventory of my garden plants throughout the season, making notes of what is working and maybe what isn’t. The orange cape honeysuckle is growing well, but no blooms. 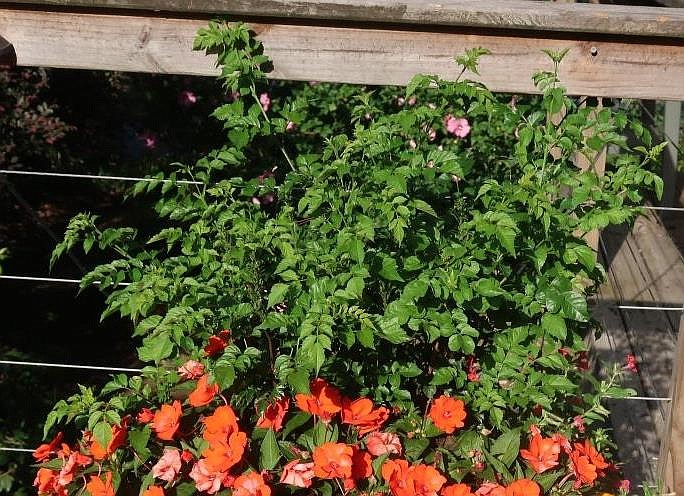 It better kick into bloom soon, or it won’t be returning to my garden. I am also enjoying the two Dragonwing begonias. 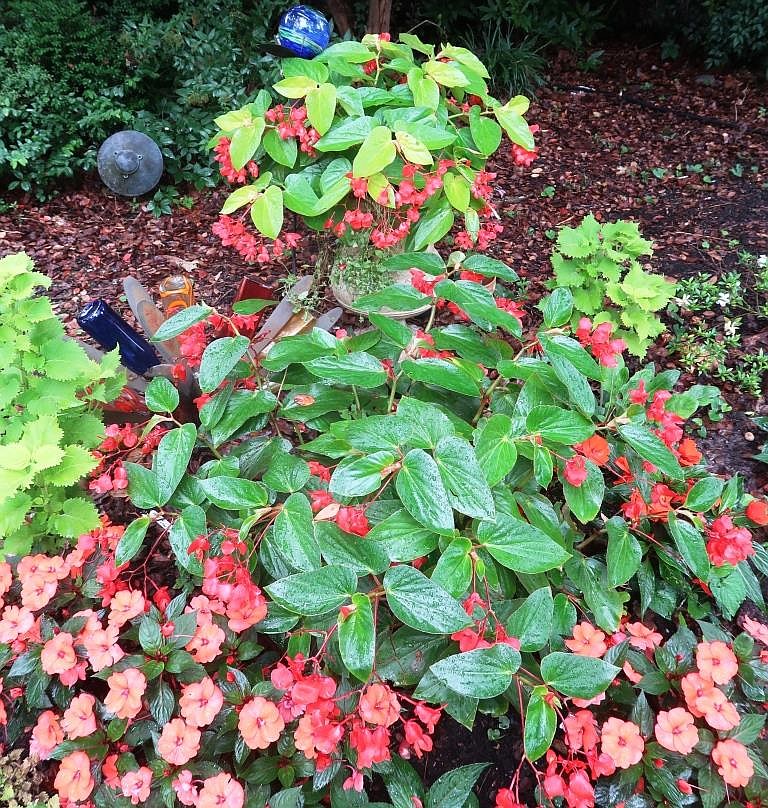 The common red one is stunning, but the Canary Wings is not doing as well. I have a feeling it might need more sun to keep the yellow foliage. The new growth comes on yellow, but turns green with age. If you look at the two plants—one in a pot and one in the ground, the canary is slower growing and still attractive, but not the chartreuse foliage I was hoping for. 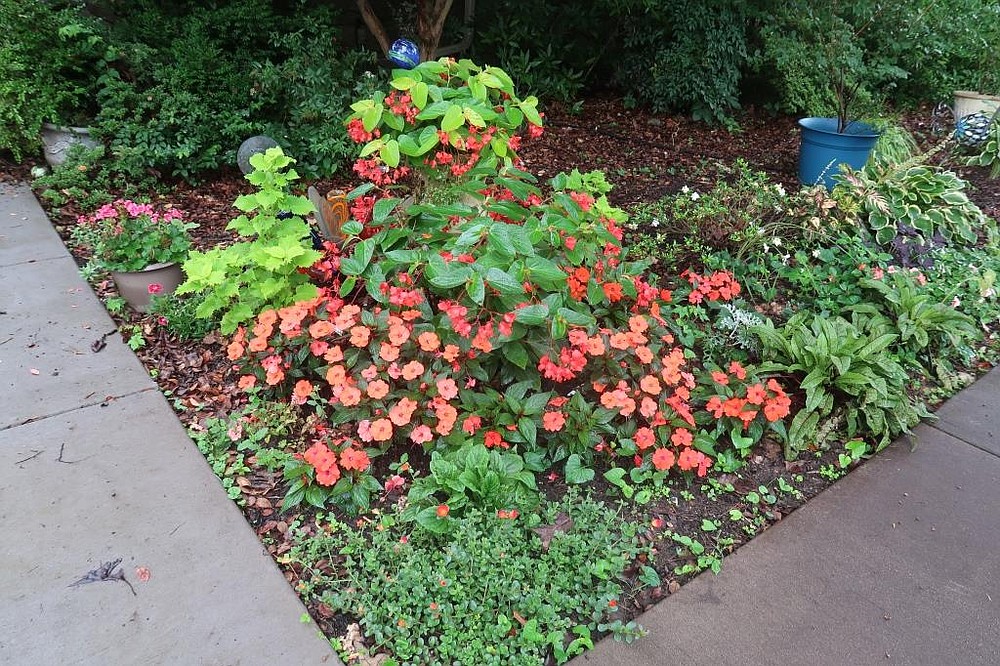 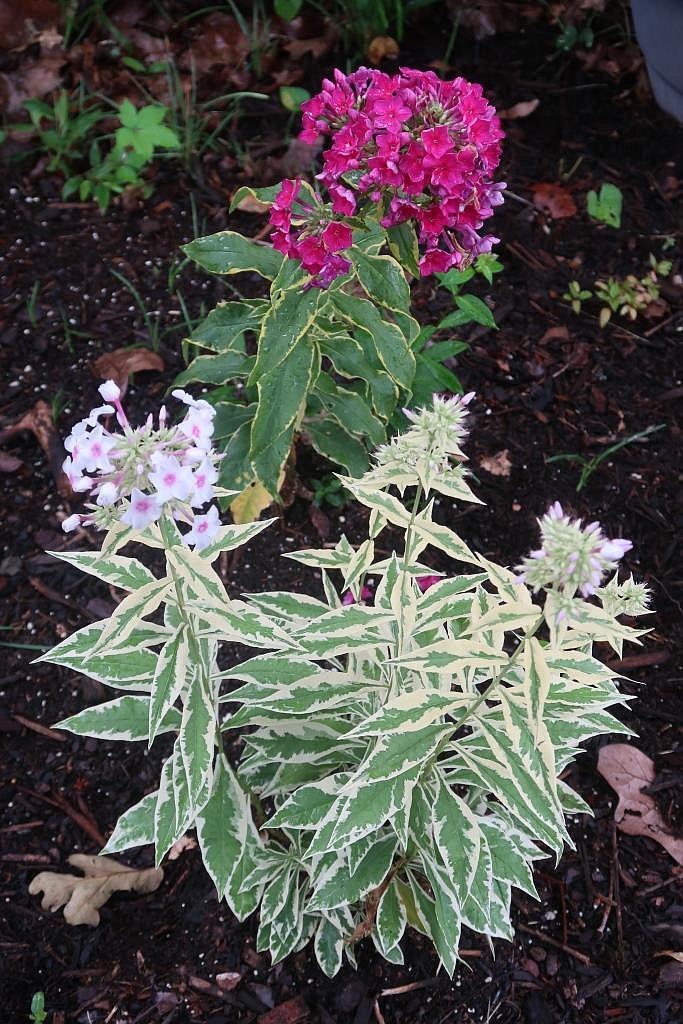 I just wish the lighter variegated plant would have had the brighter blooms, but I still like them, and absolutely no powdery mildew on either plant—a problem with many garden phlox.

My garden is growing in leaps and bounds, 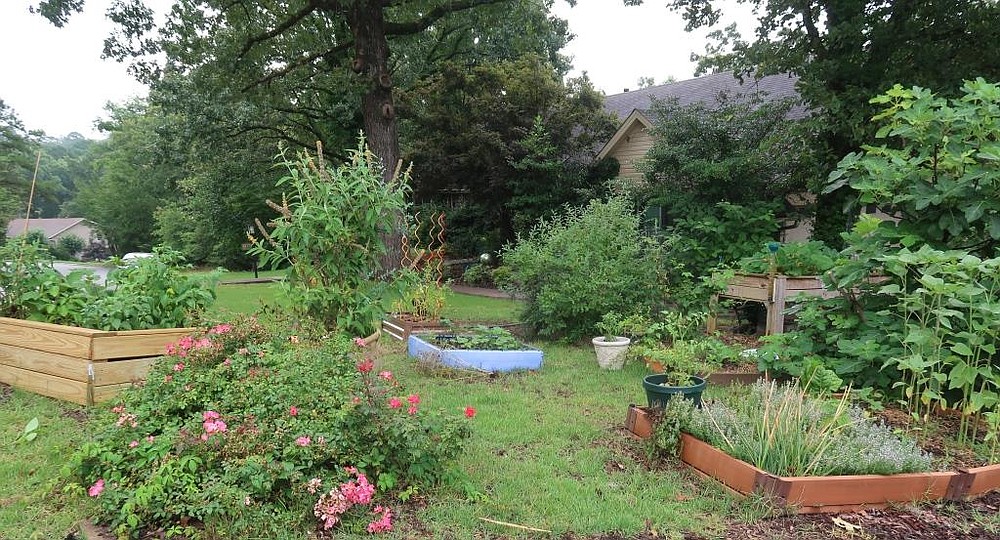 and I am getting more and more peppers, tomatoes, squash, cucumbers and still harvesting blueberries and blackberries, although I think this will be the last week. 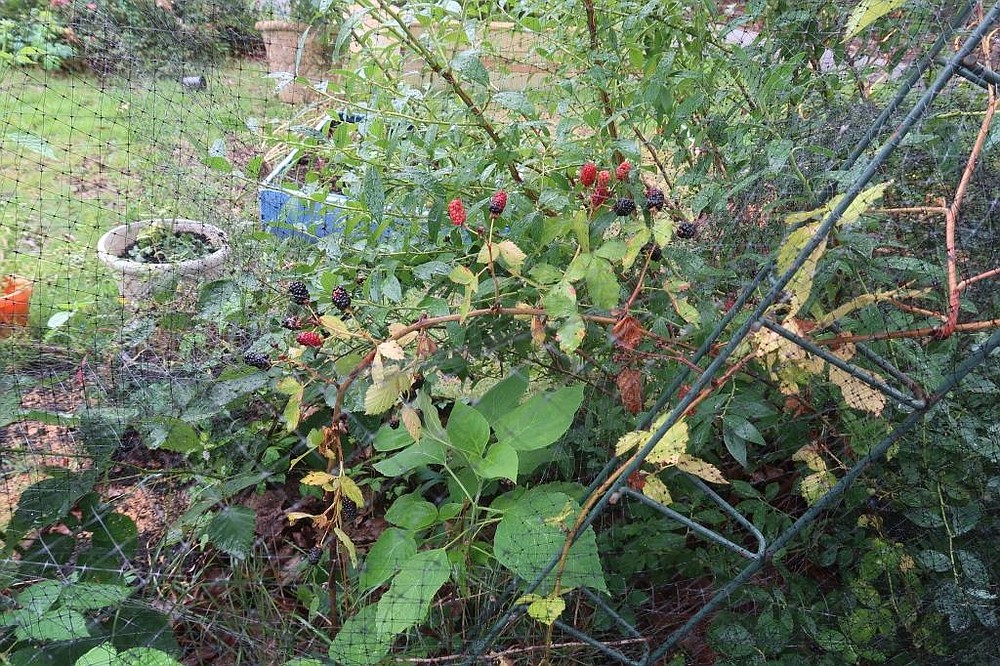 The bird netting has been terrific, and I have had more berries than ever. It may be challenging to remove, but well worth it.

Hydrangeas of all types are kicking into high gear with a variety of colors and sizes. 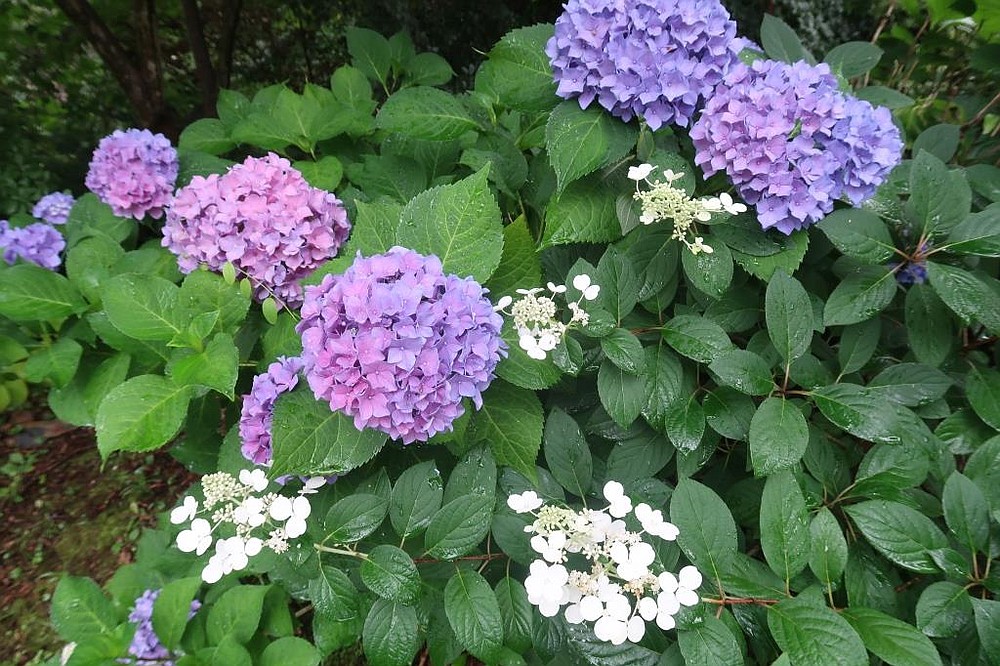 I really don’t know how I would have managed being home so much if I didn’t have my garden! I think this is the longest I have been home consecutively since 1980 when I started working.