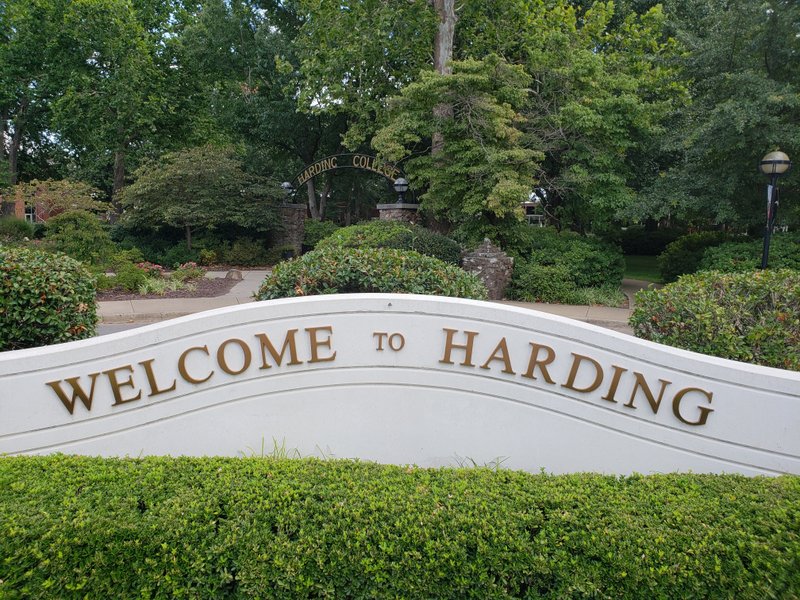 Harding University's campus is shown in this 2019 file photo.

SEARCY -- A Harding University auditorium will remain named for a former school president who opposed racial integration for years, President Bruce McLarty wrote in a message to the campus last week.

Jean, a Black graduate of Harding, was shot and killed by a Dallas police officer in 2018 while eating ice cream in his own apartment, according to news reports. The officer, who was convicted of murder, mistook Jean's apartment for hers and believed Jean was an intruder.

McLarty said in his message, issued Wednesday, that he intended to honor Jean "prominently and permanently" on campus but hasn't decided how.

"Today, we are embarrassed that African-Americans were not welcomed as students at Harding until 1963," McLarty wrote. "I confess to now being embarrassed that even though African-Americans have been an important part of the Harding community since 1963, there are no buildings or landmarks that celebrate any of those alumni who have made such a contribution to our University family. That must change."

In his petition to McLarty, the university and its board of trustees, Harding alumnus Jackson House argued that Benson had voiced his opposition to racial integration of the campus while claiming it would result in more crime, disease and destruction.

The university integrated in 1963, the year the Civil Rights Act would begin requiring schools to integrate to continue receiving federal funds. The U.S. Supreme Court ruled in 1954 in Brown v. Board of Education of Topeka, mandating integration for public schools.

Harding University is a private university affiliated with the Churches of Christ.

McLarty, who met with House before announcing his decision, contended that Benson acted in good ways -- through mission work -- and in bad ways -- opposing integration -- and that his story must be told more fully. told. A spokeswoman for the university said a plan for doing so has not been formed.

"We would be left with no one to learn from and no one to inspire us," he wrote. "We would lose all respect for overcomers, because we would have no respect for those who had anything in their past to overcome."

House said Monday that he felt such comparisons were "an easy way out" and that McLarty's response had minimized his and others' concerns about Benson, though he was glad McLarty had acknowledged Benson's racist past.