Then there were none: ‘Baby Peggy’ was a big star of silent movies 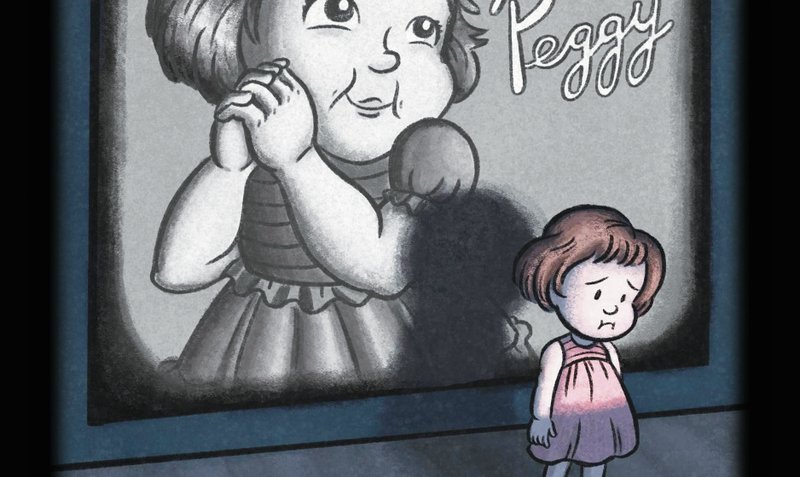 Diana Serra Cary, an author, film historian and probably the last surviving child superstar of the silent film era nearly a century ago, who spent decades coming to terms with a bizarre childhood of triumphs, heartbreaks and parents who squandered her fortune, died Feb. 24 in Gustine, Calif. She was 101.

Her death was confirmed by the Niles Film Museum, which did not identify a cause.

Her name was Peggy-Jean Montgomery and she was born on Oct. 29, 1918, in San Diego. Her family moved frequently until her father found work in Hollywood as a stuntman. She was just a toddler when her mother, who had never seen a movie set, took her along on a visit to Century Studio. A director, Fred Fishbach, spotted her on a stool, and a star was born.

She was a precocious 2 1/2-year-old in 1921 when Century cast her as Baby Peggy, opposite Brownie the Wonder Dog. "The director had been looking everywhere for a small child to work with one of their famous contract players, who was a dog, Brownie," Cary said. "They cast me with Brownie, and that first film was very successful, so they put me under contract."

America soon fell in love with the chubby-cheeked little girl as she fled burning buildings, held thugs at bay with a pistol and clung to the underside of a train.

A Century fire in 1926 and decaying celluloid have left only a few of her vintage films in museum archives, in the Library of Congress and on the internet, including Playmates (1921), Miles of Smiles (1923), Helen's Babies (1924) and Captain January (1924). But silent film aficionados say she could evoke terror, joy, pity and sorrow with the best of them, and was a good mimic, too, satirizing adult stars of the day, including Rudolph Valentino and Pola Negri in Peg o' the Movies (1923).

By age 5 she had made more than 150 pictures, mostly short comedies and melodramas, for Century, Universal and Principal Pictures, and was a multimillionaire. Home was a Beverly Hills mansion near Mary Pickford and Douglas Fairbanks. A $30,000 chauffeur-driven limousine took her to work every day.

Fan mail surpassed 1.7 million letters a year. She went on national tours, adorned magazine covers and endorsed "Baby Peggy" dolls, jewelry and sheet music [all of which were for sale in Arkansas and advertised in Little Rock newspapers]. And she waved an American flag standing beside Franklin D. Roosevelt at the 1924 Democratic National Convention in New York.

But she never got to play with other children, never went to school like her older sister, Louise. And with dire poverty, divorce and years of anonymity and psychological struggle over the horizon, she did not live happily ever after.

Like Jackie Coogan and Baby Marie Osborne, the other major child stars of the silent era whose fortunes were dissipated by guardians, Baby Peggy and her financial affairs were controlled by her parents, Jack and Marian Montgomery, who spent lavishly and set nothing aside for her education or her future.

And she was exploited by three studios that worked her eight hours a day, six days a week — with no naps or lollipop breaks — to mass-produce two-reelers known as "five-day wonders," as well as many full-length tear-jerkers and potboilers that enthralled moviegoers to the tune of tinkling pianos.

"In those days, expression was everything in movies," she told The Guardian in 2015. "My father would snap his fingers and say, 'Cry!' And I would cry. 'Laugh!' And I would laugh. 'Be frightened!' And I'd be frightened. He called it obedience."

Behind the scenes, the child was having an identity crisis that bordered on a nervous breakdown.

"I had identity problems from the time I was growing up," Cary said in a 1999 interview with silentsaregolden.com. "Baby Peggy was very powerful. She was very popular. Nobody knew who I was — I mean, me. So I had this terrific personality that the whole world knew, and then I had me to deal with. So I couldn't get my head together, and I couldn't be me as long as I was carrying her."

In 1925, Baby Peggy's career crumbled. A $1.5 million contract was canceled, and she was virtually blacklisted in Hollywood after her father, a cowboy stuntman and stand-in for the Western star Tom Mix, had a bitter falling out with a studio boss over her salary. She made one last picture, April Fool, in 1926, and then found no more work in Hollywood.

She was washed up, a 7-year-old has-been.

Baby Peggy was apparently the last surviving major child star of the silent era. Mickey Rooney, whose film career began in the silents, died in 2014. Baby Marie Osborne, America's little sweetheart of silent films during World War I, died in 2010. About a dozen other silent-era actors survive, but most were uncredited extras or ensemble players in series like the Our Gang pictures of the 1920s.

For several years after her film career faded, Baby Peggy performed on a grueling vaudeville circuit to support her parents in the style to which they had become accustomed. They squandered much of her $2 million fortune on hotels, luxury cars and travel. The rest was lost or embezzled by a stepgrandfather who absconded while she was on the road, or it evaporated in the stock market crash of 1929. The home in Beverly Hills was sold, as were the cars, jewels and other luxuries.

[In 2011 she told the Los Angeles Times that Baby Peggy destroyed her family. "We were destitute and nobody could give me a job. ... The whole family was upside down. My family never discussed Baby Peggy again. I could never be important to my father again after I became 'me.' My father had this feeling that I disappeared. It was as if somebody died."]

As the Depression deepened, the family moved to a ranch in Wyoming. Dirt poor and struggling, they pawned everything of value. A friend lent the family $300, and against Peggy's wishes they returned to Hollywood and put her back to work, now as a teenager in the talkies.

From 1932 to 1938, she appeared in eight films as an anonymous extra or in small roles credited to Peggy Montgomery.

She hated it. "Fighting for $3 a day in the world of extras — it was dreadful," Cary told The Wall Street Journal in 2012. "And it was also sort of shameful because the people who were doing the extra work were the former silent stars, many of them that I knew, who were adults, and for them, it was a very crushing blow. I thought of it as being a galley slave."

The family resorted to food coupons from the Motion Picture Relief Fund. The Los Angeles School Board finally insisted that the girl attend classes, and she enrolled at Lawlor Professional School, which had flexible schedules for young actors, enabling her to continue working. Fellow students included Judy Garland and Mickey Rooney. Later, she went to Fairfax High School in Los Angeles.

After graduating, she eloped in 1938 with her first boyfriend, Gordon Ayres, a movie extra. They were divorced in 1948, and she converted to Catholicism. She was a switchboard operator and a bookstore clerk, and then managed a gift shop in Santa Barbara. She told no one of her past and took the name Diana Serra. She added Serra in honor of the 18th-century Spanish missionary St. Junípero Serra. In 1954, she married Bob Cary, an artist, and took his surname. They had a son, Mark. Her husband died in 2001. Besides her son, she is survived by a granddaughter, Stephanie.

The Carys settled in Cuernavaca, Mexico, where he painted and she became a freelance journalist, writing magazine articles. In 1970, they moved to La Jolla, part of San Diego, and she began a new career as a film historian. Her first book, The Hollywood Posse (1975), was a well-received account of stunt riders in film. Her second, Hollywood's Children (1978), recounted the often troubling stories of child actors.

But it was the years of work on her memoir, Whatever Happened to Baby Peggy? The Autobiography of Hollywood's Pioneer Child Star (1996), that proved therapeutic and redemptive. She re-examined her life in silent films, her parents' conduct in frittering away her fortune, the studios' harsh working conditions and the fates of child stars who, like her, were left impoverished, emotionally scarred and largely forgotten.

In Jackie Coogan: The World's Boy King: A Biography of Hollywood's Legendary Child Star (2003), she wrote about her old friend, who sued his mother and stepfather in 1938 for spending his more than $3 million in earnings on furs, diamonds, homes and expensive cars.

Prodded by the stories of Jackie Coogan, Baby Marie Osborne and other children whose Hollywood fortunes were squandered by parents or guardians, California in 1939 passed the Coogan Act, a law to safeguard part of a child actor's earnings in trust, and provided for time off, schooling and limits on working hours.

For her 99th birthday in 2017, Cary self-published a first novel, The Drowning of the Moon, a historical tale set in the Mexican-American colonial empire of New Spain and featuring the noblewoman of a silver-mining dynasty facing civil war.

In recent years, Cary also appeared at silent film festivals, lectured, gave interviews and appeared in documentaries about her career, including Vera Iwerebor's Baby Peggy: The Elephant in the Room, which was shown on Turner Classic Movies in 2012.

Print Headline: Then there were none